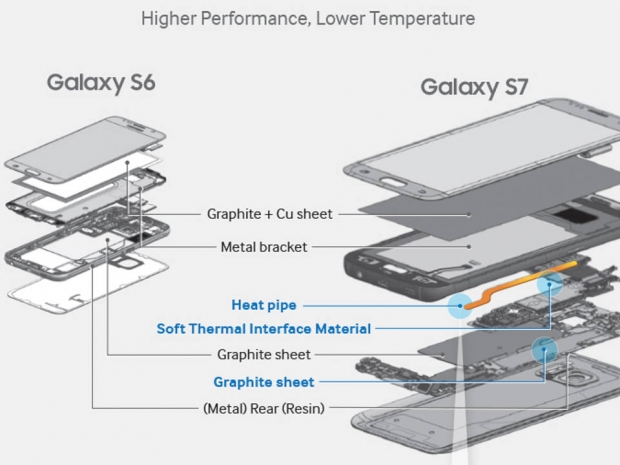 About 0.5mm thick with vapor chamber

Similar to the Samsung Galaxy S7’s use of a single ultra-thin heatpipe for internal thermal dissipation, the upcoming flagship Galaxy S8 replacement is expected to use the same design, according to the latest info from Taiwan-based supply chain makers. 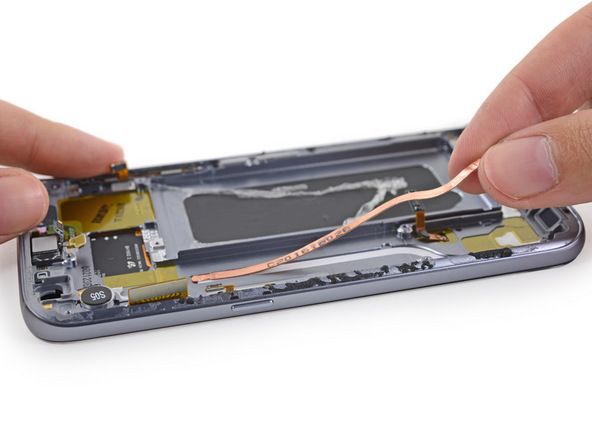 Back in March, a detailed teardown of the Samsung Galaxy S7 flagship smartphone by iFixit revealed a very small but effective internal heat pipe cooling system. The component is a small twig-like piece of copper, about half a millimeter thick, which is designed to transfer heat from various hardware components onto the aluminum frame. 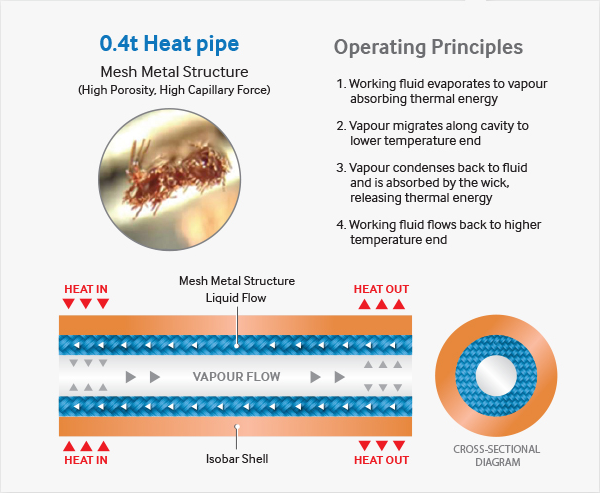 According to the company’s diagram, the heat pipe brings in warm vapor from the CPU area, which then flows towards a stack of fins down the heat pipe and is condensed back into liquid before sent back in a closed loop. The heat pipes are produced by Taiwan-based Auras Technology and Chaun Choung Technology (CCI).

Component will ship in February

While the Galaxy S8 was originally going to have a dual ultra-thin heat pipe design, the company decided against it for unknown reasons but will be sticking with the same supplier. Mass shipments of the component are expected to begin in February.

Last modified on 20 January 2017
Rate this item
(1 Vote)
Tagged under
More in this category: « Apple plans three new tablets Galaxy S7 defaults to full HD after Android 7 »
back to top