GigabitLTE is all about average speeds 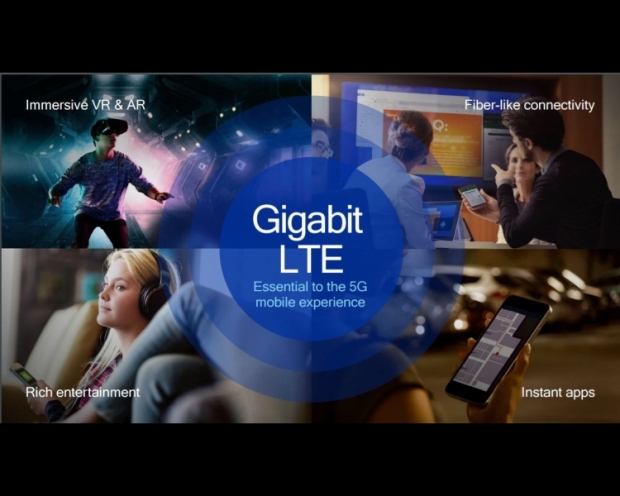 We had a chance to see the GigabitLTE working at speeds up to 930 Mbps and upload speeds of 127.5 Mbps which is definitely the fastest that we’ve ever seen. But despite the fascination with the top speed, it is more important that GigabitLTE will significantly increase  average speeds.

We had a chance to see the Netgear Nighthawk M1 1 Gigabit LTE router in action and some field testing and it turns out that in real-life conditions in a very busy tourist area in Sydney, Australia. During these tests we saw between 200 and 250 MBits per second download speeds. While this is great, it is not about the shiny 930 Mbps top number but it does shows a trend that the average speed will double.

The average of 200 to 250 Mbps is almost three times faster than the scores we were getting with the Samsung Galaxy S7 phone from AT&T with Telstra Sim card inside. The Galaxy S7 with Snapdragon 820 and Snapdragon X12 modem was scoring between 40 and 70 Mbps on the download side and 28 to 42 Mbps on the upload side in the downtown Sydney, Blondi beach included.

We wanted to give you a bit more juice for our GigaibitLTE story, as we managed to prove that it really gets much faster.

Since the phone we used was in roaming  mode we didn’t get the benefits of the Telstra network including 4x4 MIMO, 256 QAM on the download and 64 bit QAM on the upload side. All these features are enabled on the Telstra purchased Samsung Galaxy S7. Our short test  gives you a quite realistic picture of what to expect from your phone in roaming conditions. Just to refresh your memory, Snapdragon 820 features Snapdragon X12 modem capable of Cat 12 speeds of 600 Mbps on the download and Cat 13 or 150 Mbps on the upload side.

The numbers on the native Telstra Samsung S7 will improve for sure, but it would not be hard to reach these magical 200+ Mbps number, not even close - despite the fact that the phone has a theoretical speed support of 600 Mbps down and 150 Mbps up.

The 1 GigabitLTE network will enable much faster LTE average speeds. If you see the trend, the top speed on the device on a live and busy network could double or even triple. You get from 50 to 70 mbps to 200 to 250 Mbps in top case scenario. Remember you only need 25 Mbps to have a quality 4K stream with Netflix, but it cannot drop below this mark.

According to GSA, the evolution to LTE reports a massive 86 percent of LTE Advanced commercial deployment and includes support for Cat 6 or above. A massive 183 operators around the world will provide speeds of 300 Mbps on the download side and 100 Mbps on the upload. The number is going to increase and there are at least 15 telecom operators /carriers working on GigabitLTE networks as we speak. Sprint in the USA has already demonstrated the GigabitLTE and AT&T and T-mobile said that it is working on GigabitLTE support.

Telstra in Australia has already launched the GigabitLTE and EE in the UK might be the next to follow this trend.

Carriers supporting Gigabit LTE will have a strong case for having a faster average network speed compared to 600 Mbps Cat 12 or 300 Mbps Cat 6 networks. This is the whole point, and of course you get a boost in average and maximum network speed. The transition to GigabitLTE will also play a major role as a gateway and fast track to 5G speeds too. The 5G NR will materialize in late 2019, ahead of the  original 2020 schedule. This is not that far, late 2019 is just two and a half years away.

You might ask why do we need faster speeds, and we hear this a lot talking to people. The answer is rather simple - faster average speeds will enable new technologies and speed up the standardization of some cool products such as 4K 360 video. These video files are really massive chunks of data and need a faster internet to play over the 4G LTE network. This is where you will need an average speed of GigabitLTE network, as 4K 360 video can be as massive as 30 to 100 Mbps, all depending on the compression ratio of course.

The fact that Samsung launched the Galaxy S8 and S8+ both supporting GigabitLTE will definitely speed up carrier plans and make deployment logical, seamless and faster. This is just the first of many phones that come with  Snapdragon 835, the first SoC supporting GigabitLTE, and some parts of the world will benefit from Samsung's Exynos 8895 GigabitLTE modem too. It will be fun to compare them.

There is no such thing as too fast an internet, and we have the last few decades to prove this. Netflix would not exist unless cable internet speeds had not dramatically increased. Netflix use to be a post office company which was renting DVDs in an innovative way, and fast internet transformed this company to a new way of business. YouTube could not exist without a fast internet, and today we have 4K on YouTube as well as 360 degrees content.

360 degrees live stream in 4K is also a technology that will heavily benefit from the faster internet over 1 Gigabit LTE. People always need  a faster internet and the faster speeds enable new data intensive technologies. We went from exchanging text to exchanging small pictures that grew into large quality, then the pictures became video and apparently 4K video will become 360 4K video quite soon. After that we will go after 8K and even higher 360 video, VR, VR gaming or something similar that will need even more data.

It is time to cut the cable, just as we got to the fact that we barely need to plug in a LAN as Wi-Fi speed is reliable and working well. This is where things are going with the Gigabit LTE as these networks will undoubtedly be faster than most cable connections. One more piece of the puzzle that is already happening around the globe, is unlimited data, and believe it or not, this will happen rather soon too.

A big chunk of our job includes understanding what might play out in the future, and faster wireless communications including GigabitLTE and 5G will definitely play a major role in the near future.

Last modified on 30 March 2017
Rate this item
(0 votes)
Tagged under
More in this category: « MediaTek Helio X30 scores 5750 in Geekbench Nearly a fifth of Chinese smartphones are fake »
back to top