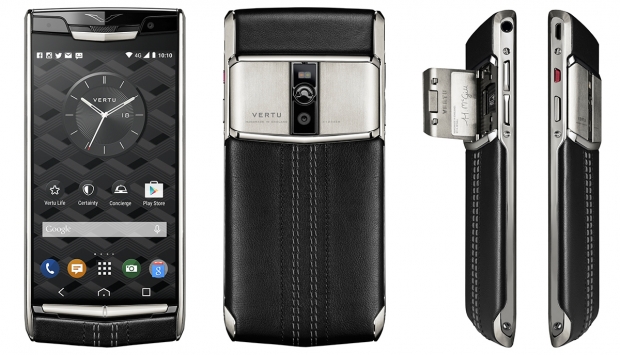 No not that one, the other one

A British-based luxury phone maker which made its name flogging $50,000 smartphones decked out in alligator leather and titanium and fitted with sapphire screens, has run out of cash.

Vertu has applied to the courts to be placed in administration after running out of money to pay staff and suppliers.

In a witness statement filed in the High Court in London, the company's last remaining director Jean-Charles Charki, said that Vertu was insolvent and unable to meet its June 30 payroll obligations of about 500,000 euros.

Employees had been worried after the company cut back on its capacity. Now there are fears about things like unpaid wages, and pension contributions are taken out of their paychecks without being added to the company's retirement fund.

Vertu has unpaid debts with suppliers such as Qualcomm and Microsoft, and bills from waste management, pest control, and other property services.

Established by Finnish mobile-phone manufacturer Nokia in 1998, the company the company was blasted by the Tame Apple Press for being technologically modest while being outrageously expensive.

Wired, without a sense of irony, dubbed Vertu phones as "tasteless trash".

Last modified on 03 July 2017
Rate this item
(0 votes)
Tagged under
More in this category: « Snapdragon 450 gets 14 nm to the mid tier Samsung releases refurbished Note 7s »
back to top