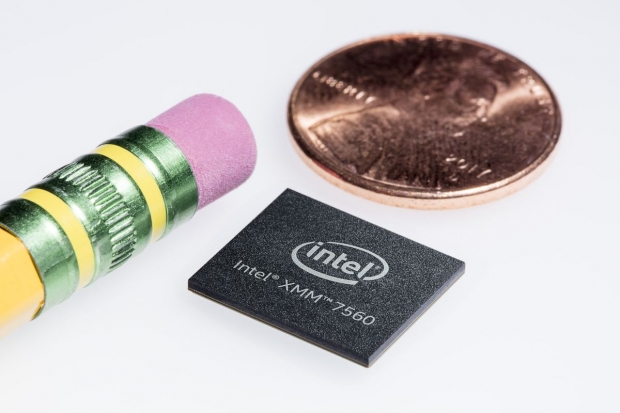 Intel told us at the Mobile World Congress that it plans to ship its first Gigabit LTE modem in 2018 and last week it announced its successor, called XMM 7660.

It is no secret that Intel is late to the modem game, just as the company was late to the mobile/smartphone phone game too. It is still catching up, as XMM 7560 will be the full solution that supports CDMA - something that your Intel based iPhone X/8 is missing - as well as Gigabit LTE speeds.

Qualcomm has announced 1.2Gbps capable Snapdragon X20 modem and we will likely see this one announced this year as a part of Snapdragon 845 it announced and shipping in flagship phones early 2018.

Intel is upping its game, claiming that its Intel XMM 7660 will support Cat 19 capabilities and speeds up to 1.6 Gbps. This is a nice number, but it is well into the future. One can imagine that the competition including Samsung, Qualcomm and Huawei will have the Cat 19 solution ready, some of them probably even before 2019.

Intel is skipping one obvious step, called Cat 18 with 1.2Gbps speeds. The Qualcomm Snapdragon X20 and the Huawei Kirin 970 are the first two to support this speed, an obvious step forward before they go after Cat 19 and 1.6Gbs. Intel is obviously accelerating things in order to catch up with its competitors.

Going towards 5G, the importance of MIMO is extremely important as you need to stack up the data lanes over the multiple carriers to get to these fast speeds. In order to get to 1.2Gbps speed a carrier will need multiple carrier frequencies – bands and a combination with MIMO and Qam 256 to aggregate 12 lanes each reaching up to 100 Mbps. This is how you get to 1.2 and the math model is the same for 1.6 Gbps with a slight difference that instead of three LTE carriers with four way MIMO layers (12 combined) you need four LTE carriers with four way MIMO layers (1.6 Gbps) maximal theoretical speed. 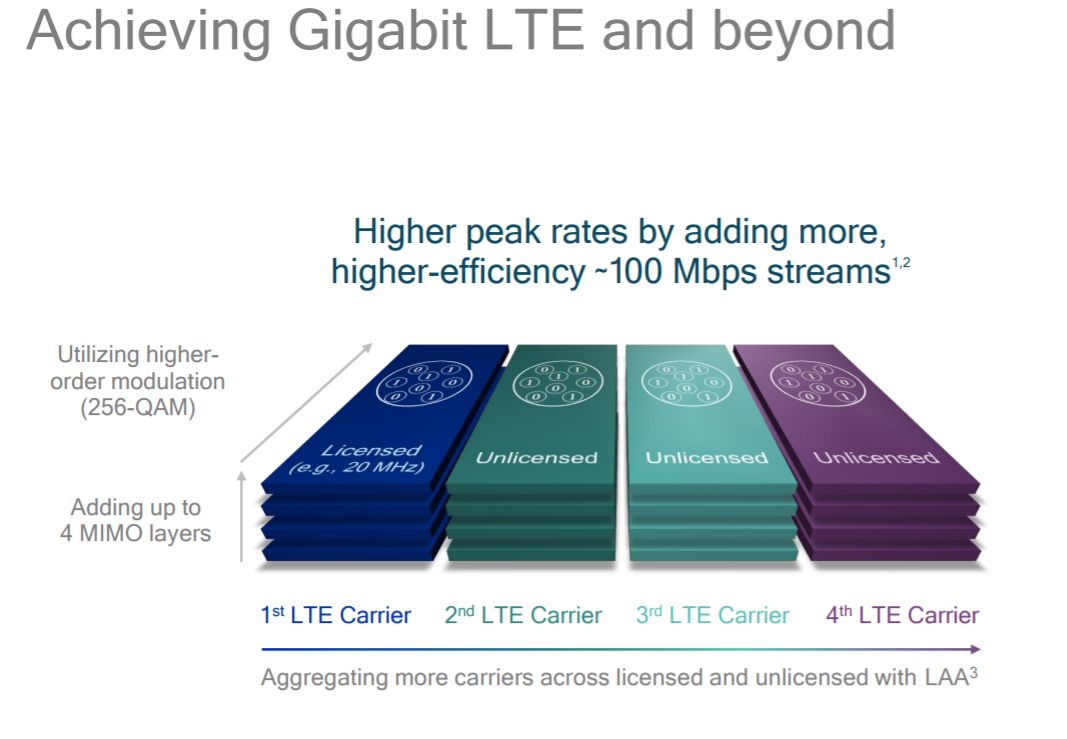 Intel is expecting its XMM7660 to be in commercial devices in 2019, so you can easily expect it in the iPhone that comes in September of 2019 or with some delays the iPhone 2020 .

Last modified on 21 November 2017
Rate this item
(0 votes)
Tagged under
More in this category: « Intel releases its 5G plans Now you can buy a OnePlus 5T »
back to top