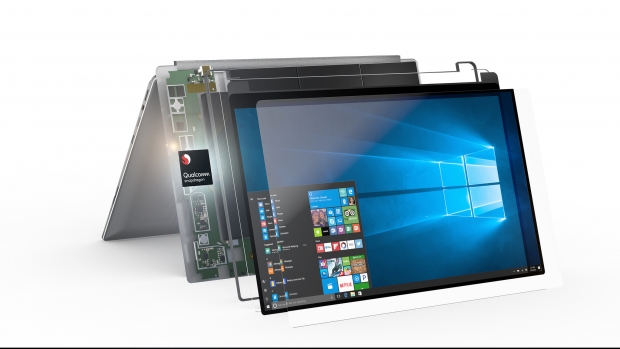 The next step for Windows 10 PC on ARM

Qualcomm and Microsoft have announced the Visual Studio 15.8 Preview 1 that contains an early preview of the SDK and the tools to allow you to create your own 64 bit ARM apps.

This enables the next development step in the evolution of the Always Connected Snapdragon based PC running Windows 10 on ARM.

Back in December 2017, Fudzilla got confirmation from Erin Chappelle, General Manager of the Windows and Device group of Microsoft, that 64 bit support for Windows 10 on ARM is in the works.

Microsoft partnered with Qualcomm and helped early adopters such as Asus, HP and Lenovo to come up with the first generation of Qualcomm Snapdragon 835 mobile PC platform. Fudzilla played with the Asus NovaGo Snapdragon 835 machine and we were honestly quite happy with what we saw, it was  game changing, enough to disrupt the market and minimize the need for devices such as Chromebook.

The main difference was the thin and light design and the "always connected" 4G LTE connection that would not affect battery life that much. With the help of an X86 emulation layer, these Always Connected PCs also let customers tap into the wide ecosystem and legacy of Windows apps. In other words, everything you knew from your X86 PC works on Snapdragon 835 Windows 10 machines too.

Developers wanted to be able to make native ARM applications as this is definitely faster than emulation.

In the meantime, you can use these preview tools to get a head start on developing your 64 bit ARM apps and provide feedback before the tools are finalized.

64 bit native support was missing at launch but now, after the Build conference announcement, it will be shortly available. This is again a great signal from Redmond that Microsoft is very serious about Windows on ARM and that it definitely sees a positive roadmap in the future. This is a good sign, as the competition between chip and platform manufacturers gives us customers more choices.

You can get more info at

Last modified on 08 May 2018
Rate this item
(0 votes)
Tagged under
More in this category: « Qualcomm is ready for Android P Andriod P will use Vulkan API 1.1 »
back to top