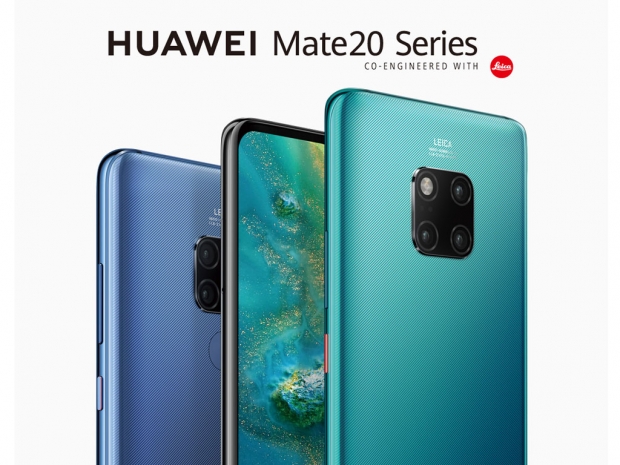 At its event in London, Huawei has officially unveiled its two new flagship smartphones, the Mate 20 and the Mate 20 Pro, both featuring a triple camera, co-engineered with Leica, as well as the new Huawei flagship 7nm Kirin 980 SoC.

In addition to the Mate 20 Pro and the Mate 20, Huawei also unveiled the larger Mate 20 X, targeting gamers, and the special Mate 20 RS Porsche Design, but we will talk about those a bit later.

There are quite a few differences between the Mate 20 Pro and the Mate 20, but both will also share some specifications, including the Kirin 980 SoC.

According to Huawei, these high power Cortex-A76 cores should provide 75 percent higher performance while improving power efficiency by 58 percent, at least compared to the previous Kirin 970 SoC. The GPU is 46 percent faster with 178 percent performance improvement. 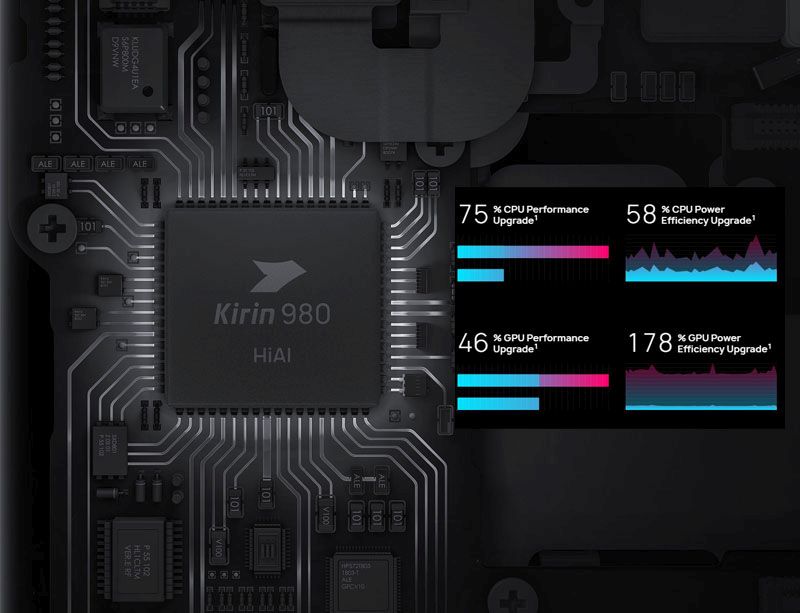 Huawei also claims to have the fastest WiFi and modem in the market, but that was always Qualcomm's forte so we will have to wait for their 7nm chip. In terms of performance, Huawei claims the world's first 1.4Gbps Cat.21 smartphone with Mate 20 Pro, and a WiFi peak rate of 1733Mbps. It also claims a 10x higher GPS accuracy with dual-frequency band GPS, L1, and L5. 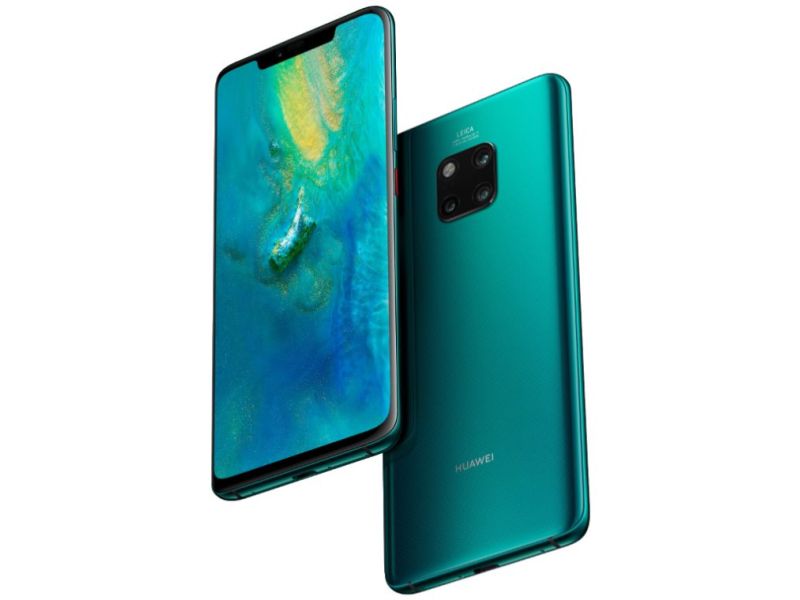 The Kirin 980 Soc in the Mate 20 Pro will be paired up with 6GB of RAM and 128GB of storage, and in case you need more storage space, Huawei introduced the new NM cards, but we are still waiting for further details on those.

The Mate 20 Pro has a 6.39-inch 4120x1440 resolution curved OLED screen with HDR support, leaving it with a 538 ppi and 87.78 screen-to-body ratio. This is a 19.5:9 aspect ratio screen and its curved sides really give it a certain appeal. The Mate 20 Pro does not have a speaker, as it will project sound through the USB Type-C hole.

As the flagship offering, the Huawei Mate 20 Pro will have plenty of high-end features, including an under-screen fingerprint reader, as well as plenty of other high-tech things squeezed inside that wider notch, including dot projector, flood illuminator, proximity and ambient light sensor, IR camera, and a front 24-megapixel selfie RGB camera.

Connectivity-wise, you get 802.11ac dual-band WiFi, Bluetooth 5.0, USB 3.1 Type-C port, GPS (L1 + L5 dual band), AGPS, Glonass, BeiDou, Galileo, and QZSS (L1 + L5 dual band). It also comes with 4,200mAh battery, that should last up to 11.21 hours with the heavy user profile, and offer 40W SuperCharge, charging it up to 70% in just a half an hour. It also comes with 15W wireless charging and can reverse charge another device (including iPhones, as Huawei was quite keen to show).

The biggest update on the Mate 20 series is the rear triple-camera setup, which Huawei is calling the "Matrix camera system", still co-engineered with Leica. The Mate 20 Pro will have a 40-megapixel main camera with a 27mm wide-angle f/1.8 lens, 20-megapixel 16mm ultra-wide angle f/2.2 lens, and an 8-megapixel 3x telephoto 80mm f/2.4 lens. The Mate 20 Pro will use a 1/1.7-inch type sensor, which is 125 percent larger than other sensors on the market. 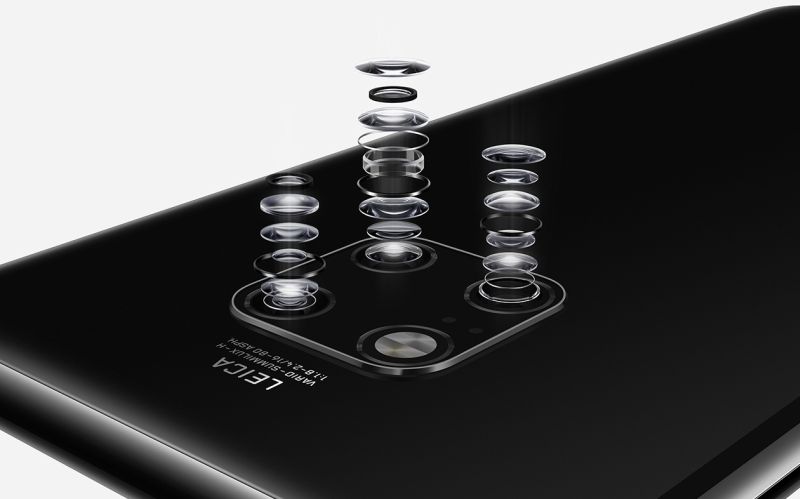 The rear camera should offer incredible night shots with 102400 ISO as well as use some high-end lenses and 16-270mm wide-range focal length for some impressive zoom shots, offering 3x optical zoom, 5x hybrid zoom, and 10x digital zoom. It will also have an impressive macro mode, with an ability to take pictures from up to 2.5cm from the object.

The Mate 20 is somewhat larger but thinner at 158.2x77.2x8.3mm and is also lighter at 188g. It also has a front and back glass with an aluminum frame and comes in the same Emerald Green, Midnight Blue, Twilight, Pink Gold, Black color options. 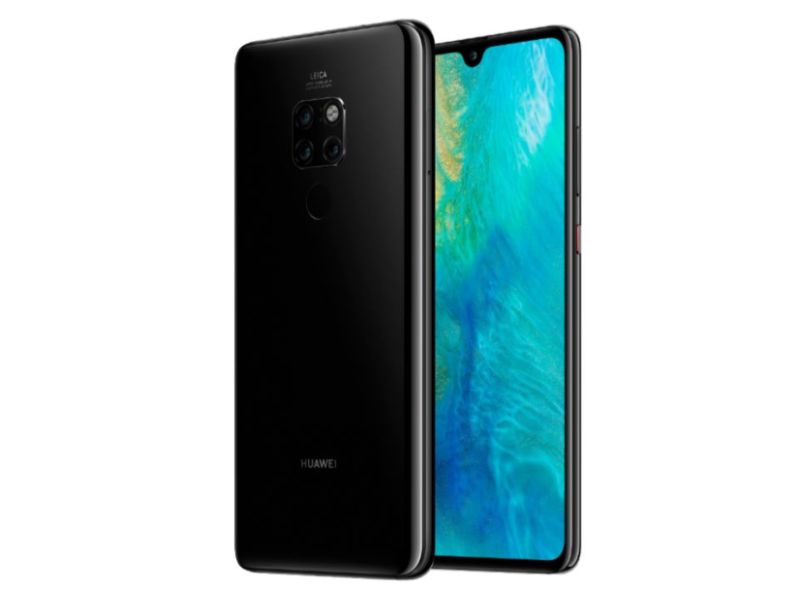 Unfortunately, Huawei had to cut some corners, so the Mate 20 comes with the larger 6.53-inch screen but with a non-curved IPS LCD RGBW matrix 2244x1080 resolution panel and a tear-drop-like notch. This leaves it with an 88 percent screen to body-to-screen ratio and 18.7:9 aspect ratio. It also supports wide DCI-P3 color gamut and has HDR support.

The Mate 20 also lacks under-display fingerprint reader, which is now placed at the back, has an IP53 rating same connectivity, but lacks those high-end features like Face ID, as it lacks all those sensors in the front notch, which now only houses a 24-megapixel f/2.0 selfie camera.

Apparently, Mate 20 will also lack the stereo speaker, or the one that works through the USB-C port, and won't have that fast 40W charging option, so it is stuck with 4.5V/5A charging which should get it up to 58 percent in 30 minutes for its 4,000mAh battery. Ž

The rest of the connectivity features should be the same as it still packs the 7nm Kirin 980 SoC.

There are still no details regarding the price of those NM storage cards but hopefully, those will show up eventually.

Fudzilla's Mike Magee attended the event in London today and will give his perspective tomorrow.