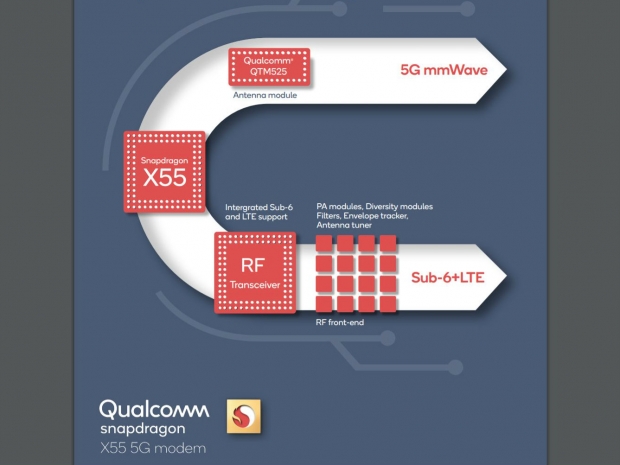 2019 is the year of real 5G and companies like Qualcomm are enabling at least 20+ operators, 20 OEM building 5G partners and 30+ commercial 5G products to launch. The X50 was announced in 2016 and shipping to partners for a while and will enable the first wave of 5G devices. Snapdragon X55 is enabling the missing features and complementing the 5G offering.

The first devices are expected as early as next week at Mobile World Congress and will launch with Snapdragon 855 as an application processor. There will be dozens of designs to launch over the course of next few weeks and months, but OEMs have to wait for carriers to roll out the infrastructure in order to support the first wave of 5G phones. The alternative is to rename your existing LTE network like AT&T and make a fake 5Ge icon and make your new iPhone Xs and Xr users happy, but still, it doesn’t make it real 5G.

The X55 is the second generation 5G modem from Qualcomm, now in 7nm and it includes all the bands from 2G, 3G, 4G to 5G, so one chip to serve them all. The Snapdragon X50 only serves the 5G frequencies including sub 6GHz and over 28GHz frequencies traditionally called mmWaves. When one looks at the spec, this chip was tailored for Apple and others of course, but now with all the legal drama, Apple will have to settle with second best, Intel and its modem solution.

The new Qualcomm modem is also a multi-mode, supports non stand alone and stand alone 5G networks. Non-Standalone (NSA) will use 5G to transfer data while it will still use 4G for non-data duties such as talking to cell towers and servers. The NSA networks will heavily rely on the existing 4G LTE network. The Stand alone (SA) will bring more advantages of 5G but will rely on the 5G network and for most carriers in the world it will be an evolutionary step in the coming years. China Mobile wants to start with 5G Stand Alone, which sounds like an expensive move that will enable many advantages of the 5G.

The Snapdragon X55 is a 7nm modem chip while the previous X50 was a 10nm. The combined speed of Snapdragon X55 is 7 Gbps download and 3 Gbps upload maximal theoretical speeds. Qualcomm wanted to cover all bands that its partners are planning to use as well as NSA and SA networks in both FDD and TDD modes in order to accelerate deployment of 5G. To name just one advantage TDD (Time Division Duplexing) requires one wireless channel while FDD Frequency Division Duplex needs two.

The 4G part of the modem supports speeds up to 2.5 Gbps in Cat 22 LTE, FD-MIMO as well as 5G and 4G spectrum sharing. The Snapdragon X55 should cover any band and any region that is currently planned for 5G. Full-dimension MIMO (LTE FD-MIMO) enables significant spectral efficiency and network capacity gains with support for 3D beamforming. Beamforming is one of the key techniques in 5G and very high speeds and efficient mmWaves are possible thanks to beamforming. 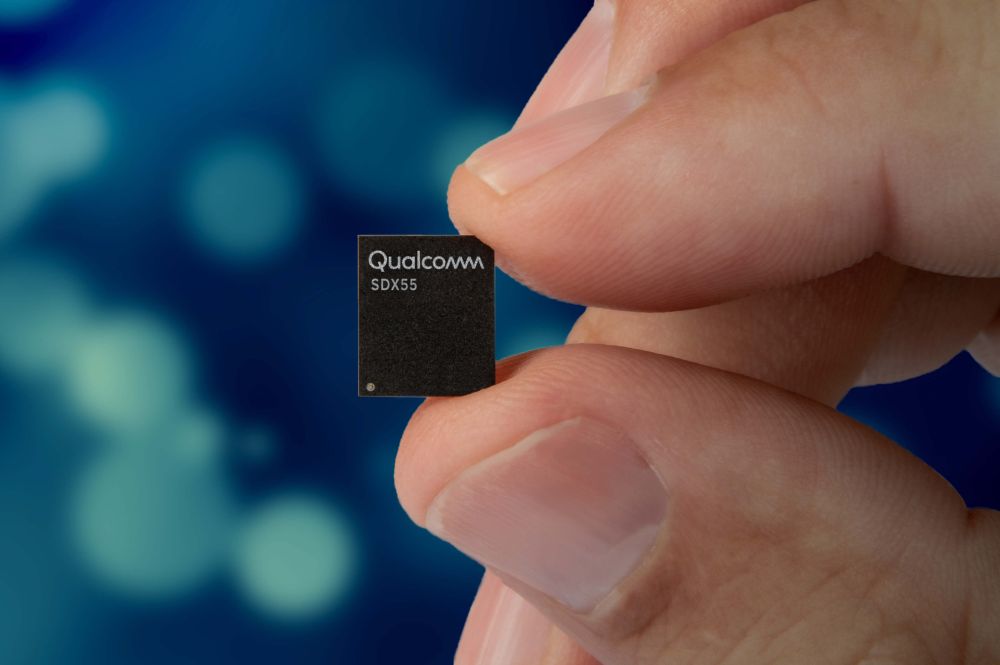 The new modem pairs with the newly announced 4G mmWave antenna module QTM525, a new single chip 14nm RF transceiver for 5G sub 5G and LTE and sub-5 RF front end module to deliver the next generation modem-to-antenna solution for all major spectrum bands, helping customers to build 5G devices quickly, and at global scale. This is more complex than one can imagine, and Qualcomm made these antennas smaller compared to the previous generation.

QET 6100 is the world’s first announced 5G envelope tracing, and envelope tracking is what got Apple in trouble with German jurisdiction system and iPhone 7, 8 and X. This was envelope tracking for 4G, and now Qualcomm mastered the same power saving technique for 5G. Imagine modem power drainage of the iPhone 2020 with Intel’s 5G in case they don’t settle with Qualcomm and don’t get the envelope tracking 5G patents. Qualcomm is also bringing 5G NR adaptive antenna tuning to increase the coverage of the phone. A modern 4G and 5G phone can have up to 7 antennas and the world doesn’t need another antenna gate and the company’s supreme leader to tell you how one should hold a phone.

The Snapdragon X55 modem is sampling to customers and expected to be in commercial devices by late 2019. A fortune telling device could predict that this might happen right in time for the next generation Google Pixel.

"Qualcomm Technologies is spearheading the first wave of 5G launches with our first generation 5G mobile platform. With significant evolution in capabilities and performance, our second generation commercial 5G modem is a true testament to the maturity and leadership of our 5G technology. We expect our 5G platform to accelerate 5G commercial momentum and power virtually all 5G launches in 2019 while significantly expanding the global 5G rollout footprint”, said Cristiano Amon, president, Qualcomm Incorporated.

Last modified on 19 February 2019
Rate this item
(0 votes)
Tagged under
More in this category: « Huawei sets the date for P30 series launch Qualcomm wants US regulators to ban some iPhones »
back to top