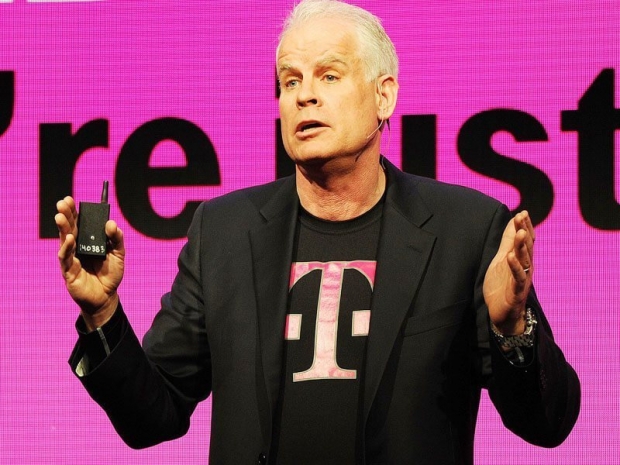 Can only be used in small pockets of dense urban environments

T-Mobile Chief Technology Officer Neville Ray has warned that 5G mobile networks are going to be a waste of cash because will never materially scale beyond small pockets of 5G hotspots in dense urban environments.

Writing in his bog, Ray ruled out the possibility of 5G's fastest speeds reaching rural areas or perhaps even suburbs.

He showed that millimeter-wave frequencies are immediately blocked by a door closing halfway while the lower 600MHz signal is unaffected.

5G networks use both low and high frequencies, but they're supposed to offer their top speeds on millimeter waves on frequencies between 30GHz and 300GHz.

Carriers and regulators have generally targeted frequencies between 24GHz and 90GHz. T-Mobile's high-frequency spectrum includes licenses in the 28GHz and 39GHz bands.

Ray wrote his blog post to moan about about AT&T and Verizon claim to be the first carriers to offer 5G, and his statement about high-frequency limitations was made partly to explain why T-Mobile hasn't yet launched 5G.

He said that Verizon's mmWave-only 5G plan is only for the few. And it will never reach rural America. Early reviewers of Verizon's small 5G launch had trouble finding a signal.

"Some of this is physics—millimeter wave (mmWave) spectrum has great potential in terms of speed and capacity, but it doesn't travel far from the cell site and doesn't penetrate materials at all", Ray said.

T-Mobile intends to use the millimeter-wave spectrum to provide "massive capacity over a tiny footprint. It holds big promise for speed and capacity in dense urban areas and venues where large numbers of people gather". But low- and mid-band spectrum will still be needed to cover wider areas with 5G, Ray wrote.

He slammed Verizon for "rolling out technology that is nowhere near ready for primetime" and AT&T for relabelling 4G as "5G E" and for rolling out 5G in some cities without selling any actual 5G phones.

"I have the same 5G mmWave network equipment and software that AT&T and Verizon do, and there's no way we would launch this for customers right now", he wrote.

T-Mobile CEO John Legere began a recent blog post by complaining that "there is so damn much noise and misinformation about 5G in the marketplace that it's virtually impossible to separate truth from BS".

At the same time, he claimed that 5G "is the most transformative technology of our lifetime". He did not say why and he might have needed a word with his technology officer.

While Verizon is charging an extra $10 a month for 5G, Ray promised that T-Mobile "won't charge our customers more for 5G, while Verizon and AT&T continue to jack up prices".