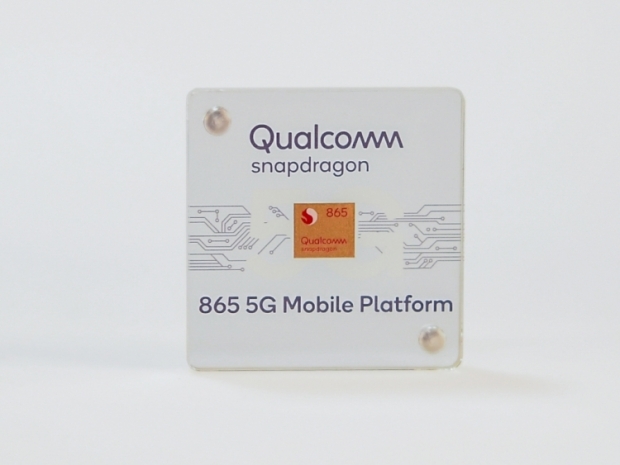 During its "What’s Next in 5G" hosted by Qualcomm's CEO Steve Mollenkopf and President Cristiano Amon, Qualcomm revealed several next-gen technologies, but also reflect on devices powered by its own Snapdragon 865 Mobile Platform, revealing some announced, but also some unannounced upcoming smartphones.

Qualcomm is obviously quite proud of its Snapdragon 865 5G Mobile Platform and it is the 5G SoC of choice for flagship smartphones. There are plenty of announced smartphones with Snapdragon 865, with Samsung leading the pack with its flagship Galaxy S20, S20+, and S20 Ultra smartphones, Xiaomi with Mi 10 and Mi 10 Pro, Sony with Xperia One Mark Two, IQOO 3, rumored Meizu 17, Realme X50 Pro, Redmi K30 Pro, vivo Apex 2020 concept, and more.

According to Qualcomm, there are over 70 designs that have been announced or are in development based on the Snapdragon 865 Mobile Platform, and these will pave the 5G future with a second-generation 5G Modem-RF System, the Snapdragon X55, as well as bring connectivity improvements like WiFi 6 with a FastConnect 6800 mobile connectivity subsystem.

“As the world’s leading wireless technology innovator, we are committed to driving and scaling 5G to the consumer. This year, the Snapdragon 865 will help make 5G accessible to billions of smartphone users around the world, further enabling immersive mobile experiences like high-speed gaming, intelligent multi-camera capture and all-day battery life”, said Alex Katouzian, Senior Vice President and General Manager for mobile at Qualcomm.

Qualcomm has released a list of Snapdragon 865-powered smartphones that are announced or coming soon and, as noted, it includes some that are already known, but also some yet to be announced smartphones, like the Asus gaming ROG Phone 3, Asus Zenphone 7, or Legion Gaming Phone, which is most likely Lenovo's push into the gaming smartphone market.

Here is the announced list of phones powered by Qualcomm's Snapdragon 865 SoC:

Last modified on 26 February 2020
Rate this item
(1 Vote)
Tagged under
More in this category: « Huawei Matepad Pro comes to Europe Huawei Mate Xs to start selling in China on March 5th »
back to top