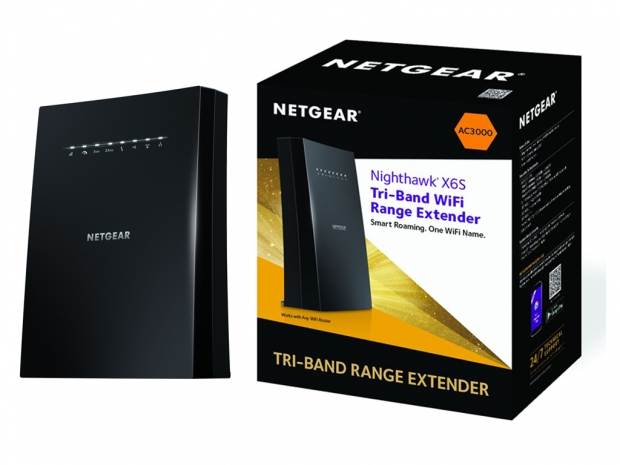 Based on a quad-core processor, the Netgear Nighthawk X6S Range Extender features Smart Connect and Multi-User MIMO (MU-MIMO), as well as offering four Gigabit Ethernet ports and the ReadySHARE USB port, making it a perfect hub for connecting printer as well as game consoles, smart TVs or multimedia streaming set-top boxes to the same WiFi network.

With all these features, Nighthawk promises network coverage of up to an additional 2,500 square feet with a reduction in interference. It also allows users to set a single SSID so devices can switch automatically to the strongest signal.

In addition to the standard extender mode, the Nighthawk X6S can also be set to work in the access-point mode in order to transform the existing router and upgrade it to tri-band WiFi and AC3000 WiFi speeds.

Despite its high price tag of US $230, which puts it int he range of mid-range 802.11ac WiFi routers, Netgear aims at those consumers which are either stuck with ISP routers or those with existing high-end router that need to get rid of dead spots. It seems like a dream,

According to Netgear, the Nighthawk X6S Tri-Band WiFi Range Extender is already available worldwide with an MSRP of US $230.

Last modified on 30 August 2017
Rate this item
(0 votes)
Tagged under
More in this category: « Swedish Ericsson plans to lay off 25,000 Intel kills WiGig »
back to top