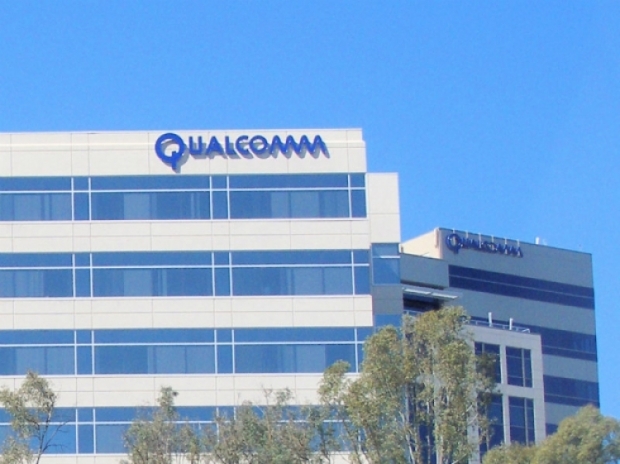 A few weeks back, Qualcomm’s SVP & general manager of connectivity Rahul Patel said at an analyst briefing that the company has 99 percent of the market share of mesh – that is to say Self Organized Network (SON) routers.

Rahul said that legally one is not supposed to say 100 percent, but Qualcomm has almost all of the known market today. Qualcomm started the whole thing last year and managed to grab the attention of all tier one W-iFi router manufacturers, as things just work much better when powered by Mesh and SoN. We've talked to some of its competitors and we can say that at least Marvell has a solution coming in the next few months. Again, Qualcomm is shipping its chipset and customers have been selling these router packs for a few quarters now.

Qualcomm wins all the big Wi-FI players with SON / Mesh

Rahul describes his company's  Mesh Networking platform, the Self Organizing Network as a new standard in smart home networking architecture.

Fudzilla played with this technology between so called router packs and some of your favorite brands including Google Wi-Fi, Netgear ORBI, Asus, Luma, TP Link, D Link, Samsung, Eero, Plume, Linksys Velop and Ubiquiti are on the case. Quite a few of the biggest Wi-Fi names on the list are using a Qualcomm chipset and SON.

This smart management will decide what is the best for users and combine a lot of smart solutions. It will shift you to the router closest to you, give you the best speed and signals, and it can shift you from 2.4GHz to 5GHz if one or the other networks is crowded. It will automatically change the Wi-Fi channel in case your neighbor starts using the router that interferes with your settings. Of course, with 5GHz Wi-Fi, the new routers can use beamforming to provide faster connections and better signal rates. 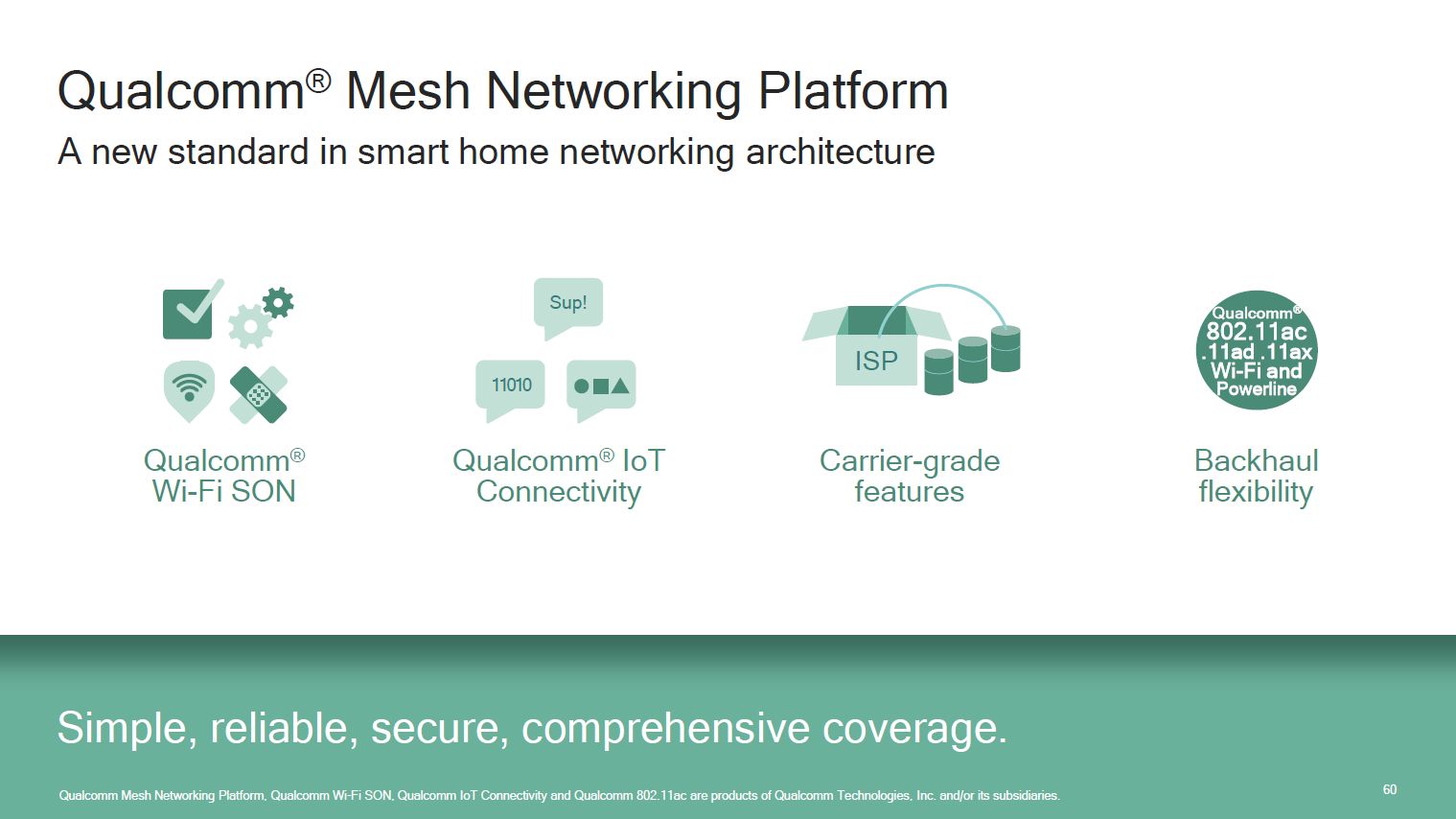 Many users underestimate how important Wi-Fi is. In most countries we travel, people are looking to piggy back on the Wi-Fi and it became as important for travelers as much as the quality of the coffee. It is a deal breaker for many traveling with a bad data plan.

End users are using Wi-Fi in their homes, and their friend’s homes as one of the first question you're asked is what the Wi-Fi password is. The second question, that should be the first, is that you ask about well-being and the kids. You don’t want to burn your data, as without it your smartphone becomes really dumb.

In most cases at least in some corners of your home/condo, the internet is slower on your Wi-Fi than on your LTE 4G phone. This is a reality and SON fixes as it can help improve the signal. Wi-Fi on a bad router will sometimes give you a one Mbps connection to the router, as the Wi-Fi will be beyond bad. Having more than one router, SON in a router pack mesh will massively increase the coverage and speeds.

A SON or Mesh network will mean that your Wi-Fi ends up being faster than your LTE 4G phone connection, of course depending on your fixed internet maximal speed.

Qualcomm realized the importance of this technology and won the ears of all its customers which massively embraced this concept. Now they have to convince your local internet provider to jump on board with SON routers and offer it to their customers. Most people around us have a cheap WiFi router that is provided for free. Free is nice, but with an investment in a router, you can massively increase your Wi-Fi speed. The SON/Mesh powered routers are ready for massive IoT in your house too and once carriers realize the importance of this technology, they will be all over it. Carriers / ISPs will be able to sell you more than one device or lock you down for a longer contract. That is always music to their business model.

Having close to the whole SON market and Mesh technologies and being the first to realize this, definitely gives it a massive advantage over all of its competitors, including Broadcom.

Last modified on 25 February 2018
Rate this item
(0 votes)
Tagged under
More in this category: « Apple wants Broadcom to get Qualcomm Qualcomm demos 5G VR edge computing »
back to top