Intel’s next ‘tick’ architecture just got a solid codename.

After Intel's Sandy Bridge releases, the second-generation Core architecture that is scheduled to come in Q1 2011 in massive volumes, the semiconductor giant will introduce Ivy Bridge, a more refined successor architecture based on a smaller fabrication process. 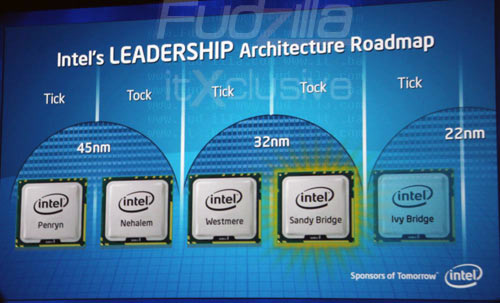 Ivy Bridge is Intel's 22nm architecture and it will continue the all-integrated strategy, as getting a monolithic core with graphics inside of the chip is a winning combination.

At the moment, Intel’s EVP Dadi Perlmutter, the co-general manager of Intel Corporation's Intel Architecture Group, is focusing on 32nm Sandy Bridge and talking about the second generation of Turbo Boost Technology, which should offer superior performance to the current Turbo technology found in 45nm Nehalem and 32nm Westmere-based processors. 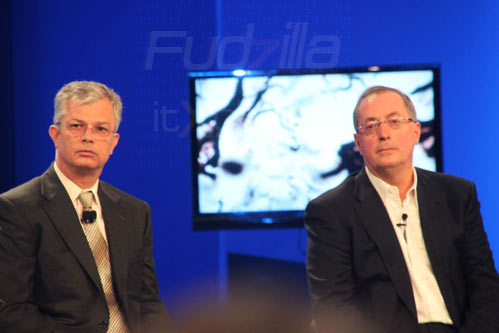 Ivy Bridge might be mentioned in more detail at a later time, but this is all that has been confirmed for now.
Last modified on 13 September 2010
Rate this item
(0 votes)
Tagged under
More in this category: « Intel on track for 22nm processors Sandy Bridge pictured »
back to top