AMD's AM1 rollout picking up speed

Product on shelves, no reviews just yet

We must admit we have a soft spot for AMD's new AM1 platform. The desktop space has been neglected for years and we did not see many new form factors or groundbreaking designs, so the AM1 got out attention in a heartbeat.

The promise of an affordable desktop platform with socketed processors is sure to get plenty of attention in some markets, as well as some niches such as education and small offices or homes. The rollout appears to be on track and in fact we're somewhat surprised that the products ended up in retail just a couple of weeks following the announcement. It was so fast that there practically aren't any reviews out there, despite the fact that you can buy AM1 motherboards and chips in many markets, including much of Europe and the US.

CPU World managed to get a hold of flagship Athlon 5350 in box retail packaging. The stock cooler appears to be a tiny, all aluminium affair with a small fan inside, atop the heatsink. This is not surprising, as we are talking about 25W parts. Passive coolers should be easy to develop, even for small form factors, but so far there are no aftermarket coolers for the new FS1b socket. 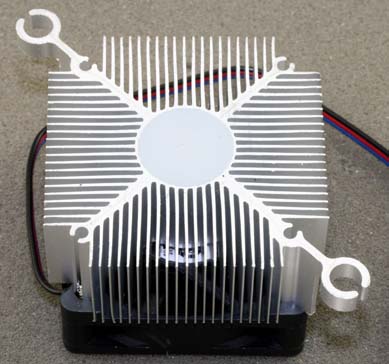 There is some confusion about this. FS1b has a new cooler mounting system, so old AM3/FM2 coolers should work. However, some AM1 boards shown off at CES and CeBIT featured an old style AM-series mount.

More motherboards on the way

In related news, Biostar has release three AM1 boards. One is a narrow ATX design, while the other two are mITX boards. All boards feature Biostar's BIO-Remote2 technology, which allows the boards to better interface with Android and iOS devices, turning them into remote controls, but more importantly it also provides a high power charger for mobile devices. Biostar says the charger is 42 percent faster than a standard port (presumably USB 3.0).

There is no word on pricing, but ASRock's cheapest AM1 board is shipping in Germany for less than €25, which is downright ridiculous, but bear in mind that we are talking about SoC boards.

So far ASRock, Asus and Biostar have officially launched AM1 boards and other vendors should join the fun soon.