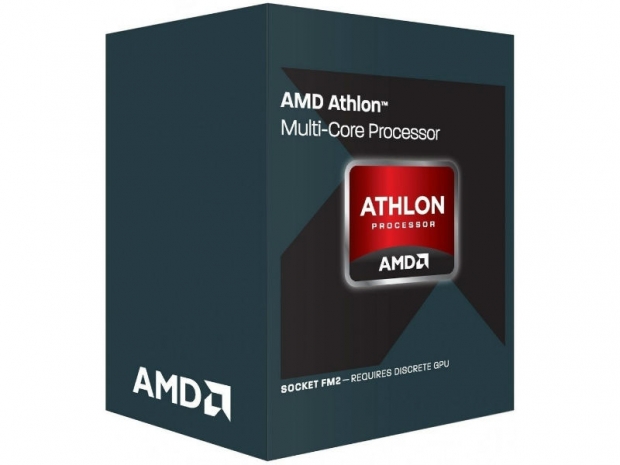 The new AMD Athlon X4 840 is all about value and should make the transition to FM2+ cheaper, provided you don’t need integrated graphics.

A couple of British retailers have listed the chip and KSN claims to have it in stock, ready to ship. Oddly enough, the Athlon X4 840 was announced six months ago, but never found its way to retail.

The only problem we have with the 840 is that it doesn’t appear to be much cheaper than the unlocked 860K, but then again it’s not widely available yet, so we don’t know exact price. British retailers are pricing it at 50 GBP.
Last modified on 16 March 2015
Rate this item
(24 votes)
Tagged under
More in this category: « Wearables will bring substrate problems TSMC to get majority of Apple A9 business »
back to top