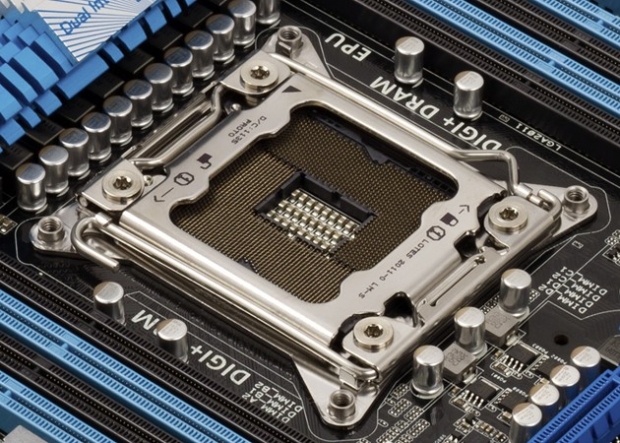 One more SKU than Haswell-E

A Chinese website has leaked details about Broadwell-E which sounds pretty plausible.

According toXfastest there will be four new processors under the new High-End Desktop (HEDT) banner for Broadwell.

Of the range, it would appear that the Core i7-6950X is the most interesting.  It has a 10-core CPU with Hyper Threading, which means that it has 20 threads to play with and 25MB of L3 cache.

However the CPU clockspeed is a little on the slow side, running at just 3.0GHz.  This will be a problem with software that is not properly tuned to take full advantage of large core counts and threads. It will be behind the Core i7-6700K which is a quad-core Skylake processor clocked at 4GHz to 4.2GHz on Turbo. The Core i7-6950X has more L3 cache, but it might lose to the Devil's Canyon Core i7-4790K which can manage 4GHz to 4.4GHz.

For those who like their clockspeed, Chipzilla will release two faster-clocked six-core Broadwell-E processors and an eight-core CPU that strikes a balance between clockspeed and core count. The specs that Xfastest found show:

All of these processors will have a Turbo clockspeed, though information about this is unavailable. All socket LGA2011-v3 CPUs should be compatible with existing X99 Express chipset motherboards.

As far as leaks go, it seems particularly credible to us.  No word of price or release dates yet though.

Last modified on 16 November 2015
Rate this item
(7 votes)
Tagged under
More in this category: « Braswell gets new life Morgan Stanley tests ARM on its datacentres »
back to top