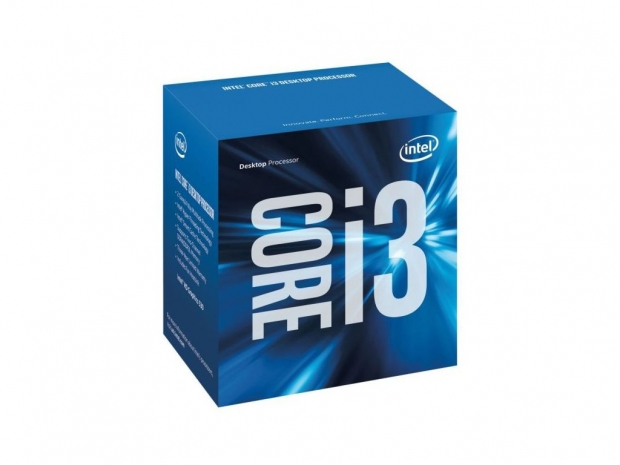 Already leaked online with a price of US $177, Intel's first unlocked and overclocking-friendly Core i3 CPU, the Kaby Lake Core i3-7350K, might be quite a buy as its leaked performance shows a lot of promise.

Spotted in a Geekbench database, the Core i3-7350K hits a 5,137 result in a single-core and 10,048 in a multi-core benchmark, which is quite impressive considering its price. Compared to some other CPUs by Wccftech.com, it means that this dual-core CPU actually outperforms both the Core i5-6400, a quad-core Skylake desktop CPU as well as the Core i5-4670K, an unlocked quad-core Haswell CPU.

The upcoming Kaby Lake Core i3-7350K, scheduled to launch in January, is actually the first unlocked Core i3 chip from Intel and this is a dual-core part with enabled Intel Hyper-Threading, working at 4.0GHz base and 4.2GHz maximum Turbo clock and 4MB of L3 cache.

Since it is unlocked, the Core i3-7350K will be quite popular with both overclockers as well as those looking to build a decent system on a budget, especially since upcoming Kaby Lake LGA 1151 socket CPUs will be able to work in both current 100-series as well as new Intel 200-series chipset motherboards.

As rumored earlier, Intel's new Kaby Lake desktop CPUs, as well as the new 200-series chipset motherboards, are expected to launch in Q1 2017. 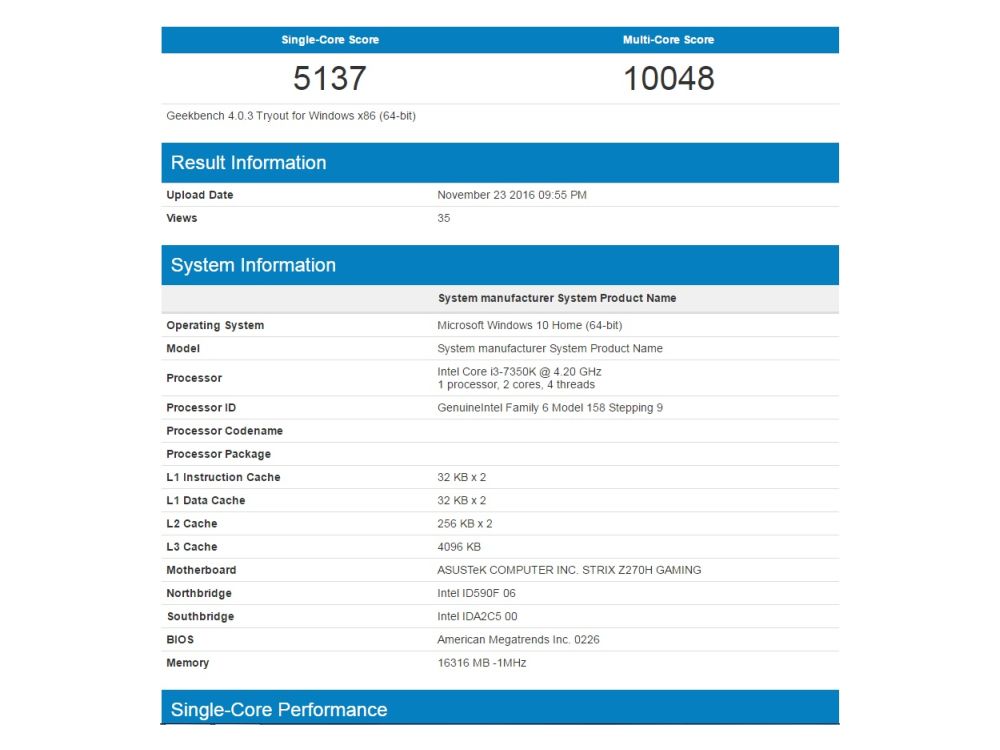 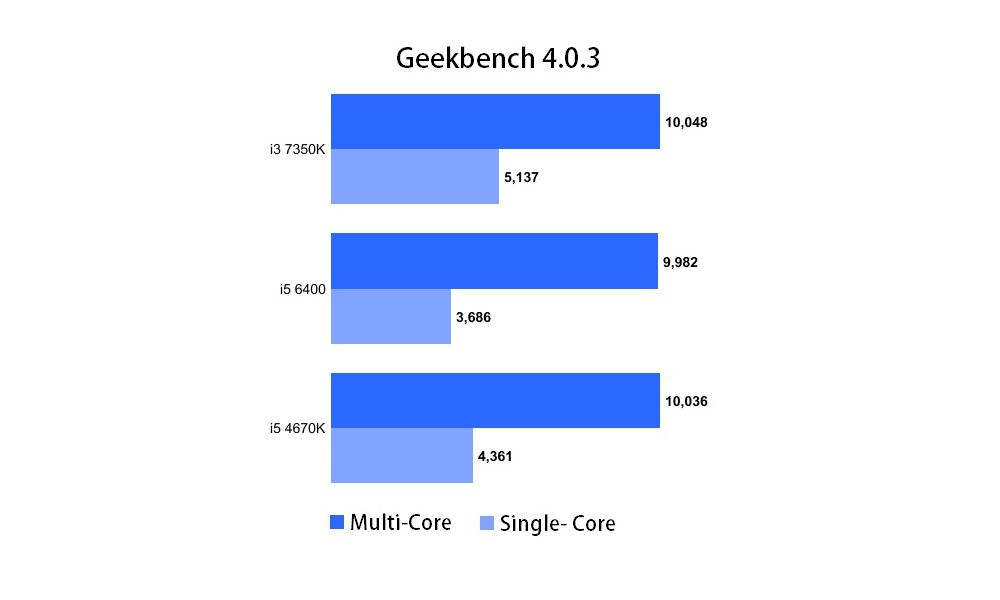