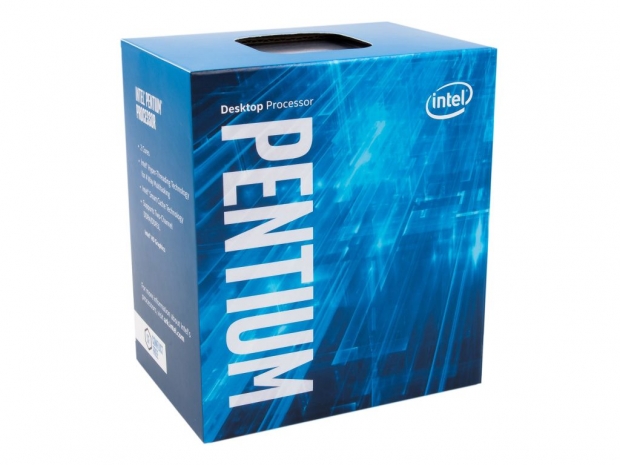 In order to improve Core i3 sales

According to a report that surfaced online, Intel is allegedly limiting or even killing the production of its Pentium G4560 dual-core LGA1151 CPU in order to improve its Core i3 sales.

Based on the latest Kaby Lake architecture, the Pentium G4560 is an impressive SKU. It packs two cores, has enabled Hyper-Threading, 3MB of L3 cache and 3.5GHz clock, all at US $64 price, so it does not come as a surprise that it has managed to take a piece of Intel's Core i3 market.

Bear in mind that the cheapest Core i3 SKU, the Core i7-7100, is priced at US $117 and only comes with a 400MHz higher clock and somewhat lower TDP and a better IGP. Of course, Pentium also lacks some instruction set extensions, like AVX, AVX2, F16C and FMA3, which aren't important in gaming performance but speed up mostly video editing and transcoding tasks.

Back in the day when Pentium lacked Hyper-Threading and had 2MB of L3 cache, it was mostly a budget- and office-oriented chip.

According to a report from the DigiWorthy.com site, Intel will scale down the production of the Pentium G4560 in order to both limit the availability and increase the retail/e-tail price, which should eventually push more buyers to the next best thing, the more expensive Core i3 SKUs.

Last modified on 12 July 2017
Rate this item
(0 votes)
Tagged under
More in this category: « Western Digital calls foul in Tosh sale Windows 10 does not like a lot of cores »
back to top