The world is a computer claims Microsoft 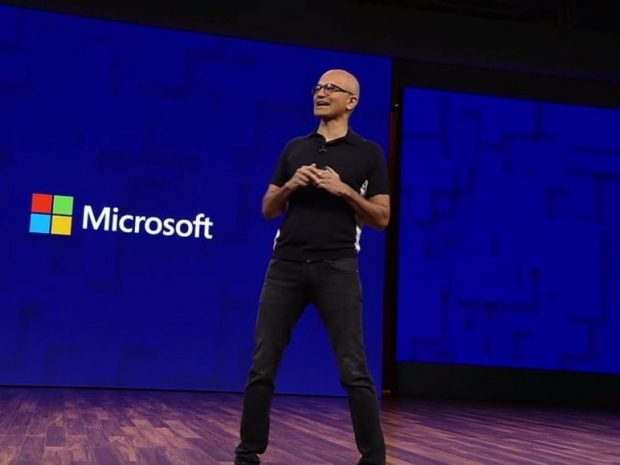 Microsoft CEO Satya Nadella has been telling anyone who listens that the "world is now a computer" and if we start thinking that way we will transform everything.

Nadella thinks that thanks to cloud computing, the Internet of Things and artificial intelligence, we should start to think of the planet as one giant computer.

Talking to the assembled throngs and hacks in London. Nadella said: "Digital technology, pervasively, is getting embedded in every place: every thing, every person, every walk of life is being fundamentally shaped by digital technology -- it is happening in our homes, our work, our places of entertainment. It's amazing to think of a world as a computer. I think that's the right metaphor for us as we go forward."

Some of this enthusiasm comes from the fact that Nadella has been refocusing Vole on higher growth areas like cloud, machine learning and AI. It has paid off too. The company's Azure cloud business grew 93 percent in the last quarter -- far faster than the personal computing business. In March, a company re-organisation put even more emphasis on cloud and AI, and split up the Windows and Devices group.

AI is core to Microsoft's strategy, Nadella said: "AI is the run time which is going to shape all of what we do going forward in terms of applications as well as the platform."

Microsoft is rethinking its core products by using AI to connect them together, he said, giving an example of a meeting using translation, transcription, Microsoft's HoloLens and other devices to improve decision-making.

"The idea that you can now use all of the computing power that is around you -- this notion of the world as a computer -- completely changes how you conduct a meeting and fundamentally what presence means for a meeting", he said.

But a worldwide cloud structure is not enough, Nadella said.

"You need to be able to take computing to every place where data is going to be generated in large volumes -- to an oil rig or a retail shop or a factory. All of these are going to have lots and lots of sensors and lots and lots of data which will require computing, and that's what we are doing. Nine billion microcontrollers that are shipped every year as part of your toasters, your refrigerators, your drills -- every piece of equipment you can think of -- and we want to cloud-connect them."

However, Nadella warned that AI must be developed with an awareness of ethics. "Technology developments just don't happen; they happen because of us as humans making design choices -- and those design choices need to be grounded in principles and ethics, and that's the best way to ensure a future we all want."

Last modified on 23 May 2018
Rate this item
(0 votes)
Tagged under
More in this category: « Microsoft and Google find new CPU bug Samsung lays out process roadmap »
back to top