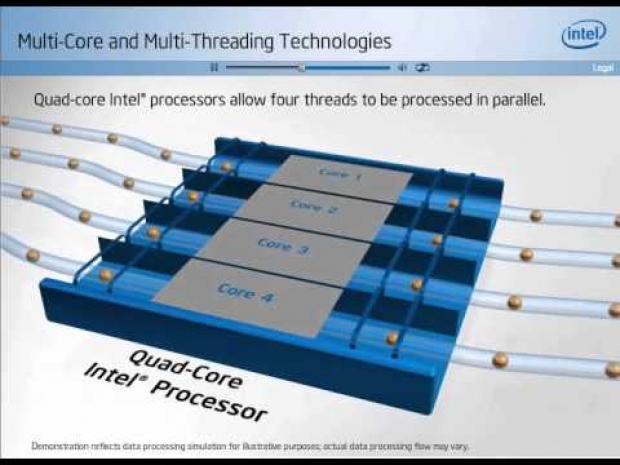 The dark satanic rumour mill has manufactured a hell on earth yarn claiming that Chipzilla is dumping hyperthreading.

Ars Technica has dug up some leaked benchmarks found in the SiSoft Sandra database which said that there is an Intel Core i7-9700K processor that doesn't appear to have hyperthreading available.

"This increases the core count from the current six cores in the 8th generation Coffee Lake parts to eight cores, but, even though it's an i7 chip, it doesn't appear to have hyperthreading available", reports Ars Technica. "Its base clock speed is 3.6GHz, peak turbo is 4.9GHz, and it has 12MB cache. The price is expected to be around the same $350 level as the current top-end i7s."

For the chip that will sit above the i7-9700K in the product lineup, Intel is extending the use of its i9 branding, initially reserved for the X-series High-End Desktop Platform. The i9-9900K will be an eight-core, 16-thread processor. This bumps the cache up to 16MB and the peak turbo up to 5GHz -- and the price up to an expected $450. Below the i7s will be i5s with six cores and six threads and below them, i3s with four cores and four threads.