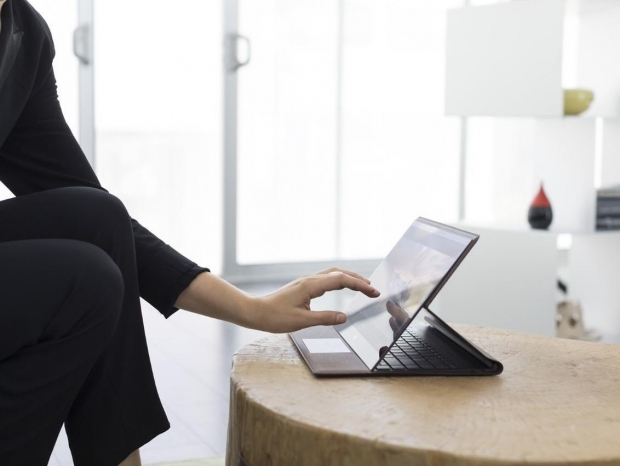 Non-vegan friendly, fast moover as HP pulls the udder one

HP has come up with a design with which to hack off any vegan friends you might have.

The HP Spectre Folio has made a PC which is not just wrapped in leather; it is a PC that’s made of leather.

Rather than covering the standard aluminium or plastic the chassis and hinge is 100 percent cow.

The point is, HP embraced something called “manucrafturing” [surely it should be man-moo-facturing. Ed]

“The laptop has a 13.3-inch pen-enabled touch screen and an Intel Core i5 or i7 processor inside. There’s 16GB of RAM and up to 2TB of storage. The battery should get up to 18 hours of life on a charge, according to the company — admittedly pretty solid.”

Pre-orders start today, and the decidedly un-vegan-friendly device is expected to start shipping before the end of the month. It will set you back $1,300 for the i5 version.

We doubt it will anger vegans too much - they probably lack the strength to do much more than moan.

Last modified on 02 October 2018
Rate this item
(0 votes)
Tagged under
More in this category: « Intel supply problems confirmed Intel Core i9-9900K shows up on Amazon »
back to top