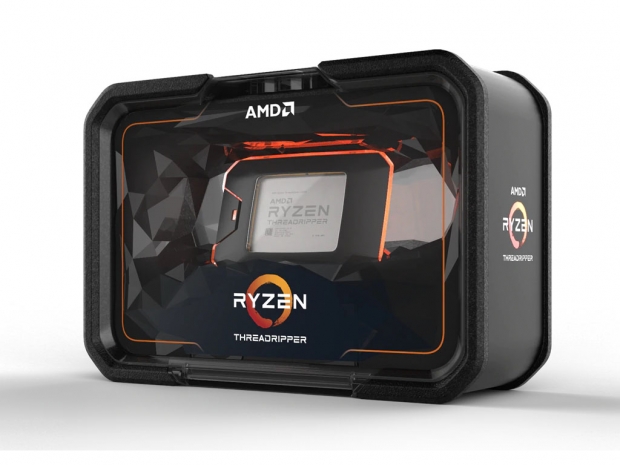 According to details spotted on AMD's UK Twitter account, the company will launch two new Ryzen Threadripper SKUs, the 2970WX and the 2920X, both available worldwide on October 29th.

The two new SKUs were promised back when the 2nd generation Ryzen Threadripper lineup launch and will be joining the currently available flagship 32-core/64-thread Thredripper 2990WX and the 16-core/32-thread Threadripper 2950X.

The Ryzen Threadripper 2920X should be the cheapest Threaripper in the lineup, not counting the first generation, pack 12-core and 24-threads, and work at 3.5GHz base and 4.3GHz Turbo clocks. It also has the same 180W TDP as the 16-core 2950X.

Unfortunately, it also appears that the 2920X will remain the cheapest Threadripper as there is no word from AMD regarding any SKU that could replace the 8-core/16-thread Threaripper 1900X, which launched at $549.

Last modified on 11 October 2018
Rate this item
(0 votes)
Tagged under
More in this category: « Microsoft back as a top PC vendor Intel reduces stake in ASML »
back to top