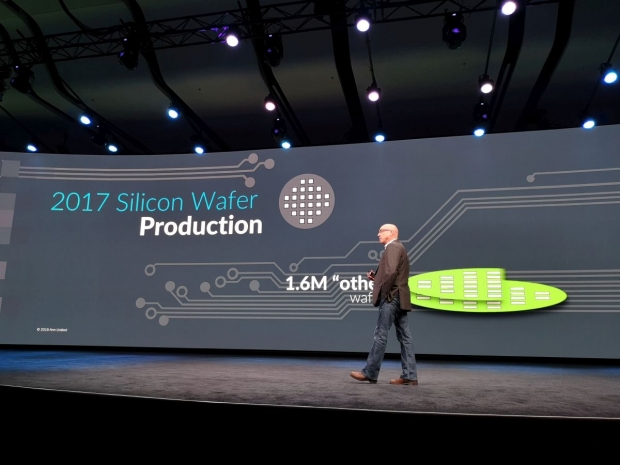 There is one big change that is happening in the manufacturing equipment industry and ARM used its ARMTechCon to educate us about the big change. Drew Henry, SVP of infrastructure at ARM, pointed out in its presentation that ARM silicon wafer production ends up in 35 million wafers.

The competition - the X86 alliance - amounts to  1.6 million wafers, so there is a clear distinction between the players. You could argue that ARM has incredible number of customers and ranges across the industries. The mix of wafers that ARM customers are using is extremely wide but some of the leading-edge node adopters get all the spotlight.

Apple uses ARM architecture for its phones and A series processors and it is already producing millions of 7nm devices. Huawei - an ARM Cortex customer, is using 7nm and will get to volume sales rather fast with its Kirin 980 processor. Qualcomm 7nm is just around the corner, and they all use ARM. Nvidia uses ARM for some of its automotive devices and ARM ends up in millions of IoT devices due to its power efficiency. 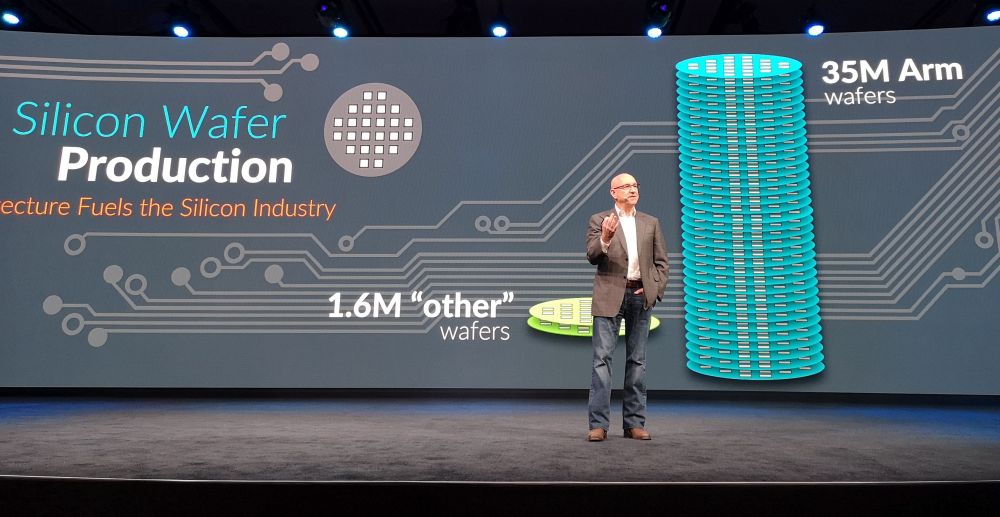 Drew made the very good point that manufacturing equipment manufacturers will start optimizing for the company that has a higher volume and in this case, that's clearly ARM.

The power has shifted from X86 toward the much broader ARM ecosystem and the fact that many mobile manufactures have or will soon have 7nm while X86 struggles with 14nm is a statement in itself. AMD will get X86 down to 7nm early next year, but we need to see it to believe it and that level of performance might put some pressure on ARM compute partners and Intel. Intel is likely to get to 10nm volume production by holiday season 2019, roughly a year from now. There is an argument that Intel’s 10nm might be as efficient as TSMC’s 7nm, but we will have to see it to believe it.

One thing has to be clear, people should not underestimate Intel but when it comes to smartphone devices, ARM is clearly the leader but Intel still holds the crown in data center and HPC.