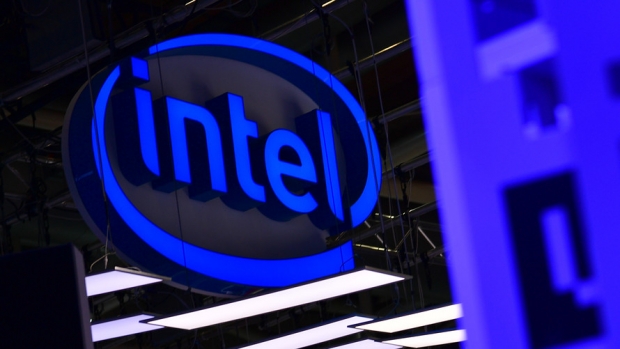 Chipzilla beat analysts’ estimates for quarterly profit and revenue thanks to its high-margin data centre business and strong demand for its PC chips.

Intel saw a 39 percent rise in profits and better than expected fourth quarter forecast. The outfit said it did not see any near-term weakness from the trade tensions or Chinese economy, even though large data centre customers like Baidu and consumer PC factories are located there.

Interim Chief Executive Bob Swan said Donald (Prince of Orange) Trump’s trade tensions could be a “headwind” in the longer term next year.

Intel bucked the industry trend thanks to strong sales of chips for PCs, the second quarter in the row the company benefited from the sector after years of stagnation in that business and increasing sales of iPhone modem chips.

Many businesses are upgrading their PCs because Microsoft Corp has said it will end support for some older versions of Windows in early 2020.

Boosting Intel sales this quarter was its business for modems, which connect smartphones to wireless data networks which were up 131 percent  in the quarter. The gain resulted from Intel’s Qualcomm bashing deal it signed with Apple.

But while the sales went up, the deal that Intel cut with Apple was not that good for the company.

Swan said the modem sales are also pressuring Intel’s margins and contributed to the firm lowering its fourth-quarter operating margin outlook to 34.5 percent .

“What the modems and memory do for the company is allow us to play in a much larger market”, he said.

Intel has been increasingly catering to a booming data center market as revenue from PCs has flattened since 2011.

Revenue from its data centre business rose 25.9 percent  to $6.14 billion in the quarter, while analysts were expecting revenue of $5.89 billion.

AMD, which has been gaining ground with its new EPYC chips for servers, reported a better-than-expected quarterly profit on Wednesday but forecast fourth-quarter revenue below estimates due to falling demand for its graphics chips from cryptocurrency miners.

Revenue in Intel’s client computing business, which caters to PC makers and is still the biggest contributor to sales, also rose 15.5 percent  to $10.23 billion.

Intel’s PC sales have trended positive in recent quarters, lifted by stronger demand. Many businesses have started the process of buying new PCs because Microsoft Corp has said it will end support for Windows 7 in early 2020.

Analysts on average were expecting adjusted earnings of $1.15 per share and revenue of $18.11 billion.

Last modified on 26 October 2018
Rate this item
(0 votes)
Tagged under
More in this category: « Cooler Master unveils 24-pin ATX 90° adapter Mellanox might be up for sale »
back to top