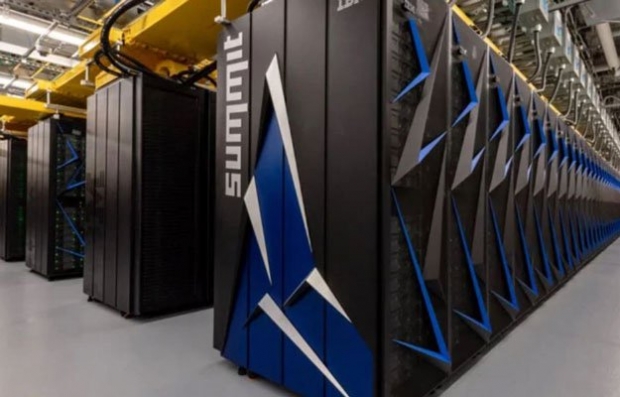 SpiNNaker has powered up the world’s largest supercomputer to emulate a human brain.

The worlds largest neuromorphic supercomputer, the Spiking Neural Network Architecture (SpiNNaker), was just switched on for the first time yesterday. It boasts one million processor cores and can perform 200 trillion actions per second.

It has taken the boffins 20 years and $19.5 million to create the computer. The project was initially supported by the Engineering and Physical Sciences Research Council (EPSRC) but has been most recently funded by the European Human Brain Project. The supercomputer was designed and built by the University of Manchester's School of Computer Science. Construction began in 2006, and the supercomputer was finally turned on yesterday, and presumably wanted a morning coffee.

SpiNNaker is unique because it is designed to mimic the human brain. Most computers send information from one point to another through a standard network. SpiNNaker sends small bits of information to thousands of locations, similar to how the neurons pass chemicals and electrical signals through the brain. SpiNNaker uses electronic circuits to imitate neurons.

The basic building block of the SpiNNaker machine is the SpiNNaker multicore System-on-Chip. The chip is a Globally Asynchronous Locally Synchronous (GALS) system with 18 ARM968 processor nodes residing in synchronous islands, surrounded by a light-weight, packet-switched asynchronous communications infrastructure.

The SpiNNaker developers plan to create a supercomputer to emulate a billion biological neurons. The human brain has nearly 100 billion neurons that are connected through 1 quadrillion synapses. SpiNNaker brings us one step closer to a better understanding of the human brain.

Last modified on 05 November 2018
Rate this item
(0 votes)
Tagged under
More in this category: « Memory chip boom is over says Samsung Huawei staff provided spooks with passwords »
back to top