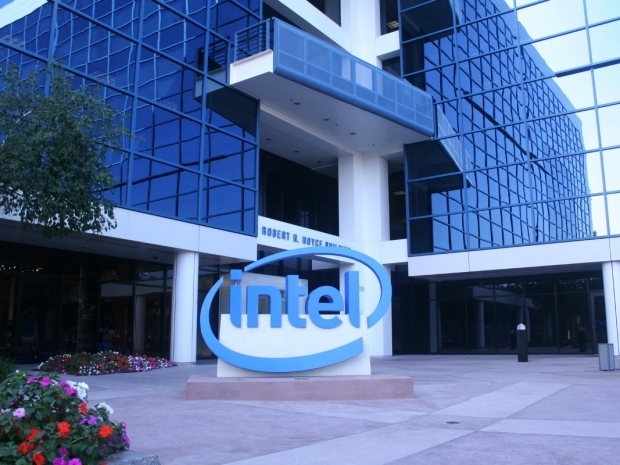 Intel is serious about getting back on track and competing in every single sector of the market and managed to beat the best of AMD notebook offering in graphics. The Gen 11 graphics inside  Ice Lake-U 10nm notebooks that are scheduled to ship in holiday season 2019 beat the AMD Picasso 12nm Ryzen 7 3700U in 25W in graphics.

This important victory is the first time in history that Intel has won in graphics. I have been following graphics for 20 years, and my first GPUs were Matrox Productiva G100 and NV4 Riva TNT in 1998, and since then, Intel never managed to win against AMD, until now. The benchmark chat that we got our hands-on shows that out of eight games and famous benchmarks Intel Gen 11 graphics wins in six of them.

Intel Ice Lake-U 25W is 16 percent faster in Overwatch 1080P low graphics settings versus AMD’s Ryzen 7 3700U 25W. The performance leadership continues in World of Tanks 1080p Medium settings where Intel wins by 11 percent. In synthetic benchmark such as 3Dmark, in Sky Driver Ice Lake U 25W wins by 15 percent, 3Dmark Firestrike by 12 percent while it loses by six percent in 3Dmark Night Raid benchmark. The six percent delta is the biggest loss of all the eight applications, and it not that bad either.

A small victory in Fortnite

The only game where Intel loses by two percent is Dirt Rally 2.0 1080p Low settings.

AMD’s Ryzen 7 3700U packs AMD’s flagship Radeon RX Vega 10 GPU is running up to 1.4GHz and featuring 10 GPU cores. Intel’s GPU leadership with Gen11 against AMD proves that the company is very serious about graphics and some key people behind this success, including Raja Koduri, Ari Rauch and Lisa Pearce with their teams, did a great job. 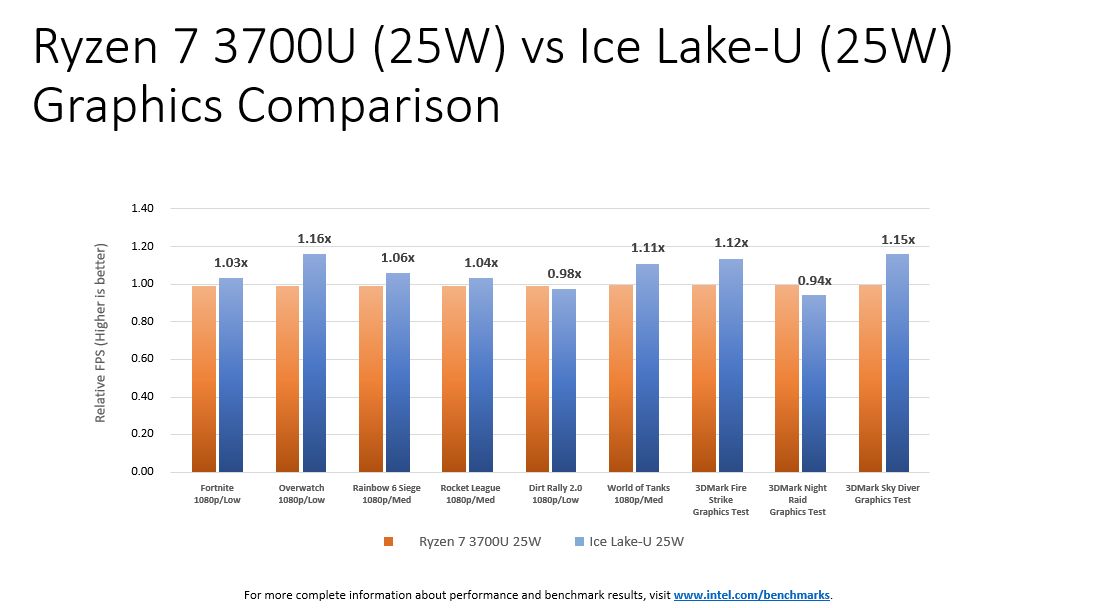 Let me remind you that Ice Lake-U 25W based on Intel Gen 11 graphics and that Xe graphics will first ship with the Tiger Lake in 2020 next-gen 10nm+ CPU.

Lisa Su should probably cooperate and license Radeon IP to Inte,l instead of stepping on Chipzilla's toes and waking the beast. Intel is investing heavily in driver development and reaching out to the community with the Odyssey community program. Some tectonic shifts are happening, indicating that Intel is serious in graphics and no plans to give it up.

Last modified on 16 December 2019
Rate this item
(25 votes)
Tagged under
More in this category: « Qualcomm in hot water over antitrust Intel all core 5GHz Turbo i9 9900KS announced »
back to top