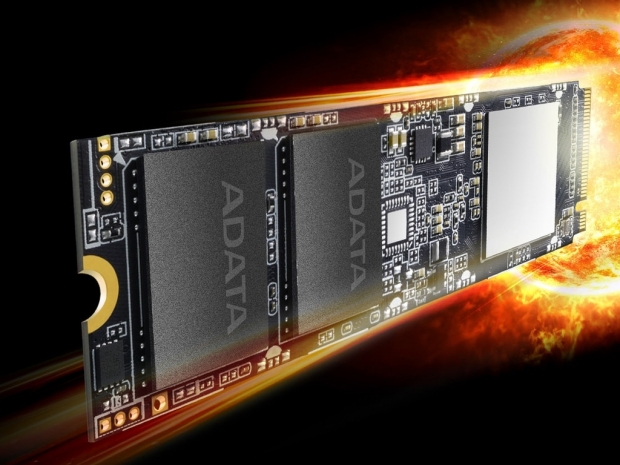 ADATA has released its latest XPG series PCIe Gen3x4 SSD, the XPG SX8100 which will come in a standard M.2 2280 form-factor and be available in 512GB, 1TB, and 2TB capacities.

According to details provided by ADATA, the new XPG SX8100 SSD is based on 3D TLC NAND and while there are no details regarding the actual controller, we could be looking at either an SMI one, which was usually used by ADATA, or even Realtek's new controller.

It is based on standard M.2 2280 form-factor with PCIe Gen3x4 interface with NVMe 1.3 support, features advanced LCPC ECC technology as well as SLC Caching and DRAM cache buffer, and AES 256-bit encryption support.

Performance-wise, the ADATA XPG SX8100 sequential performance peaks at 3,500MB/s read and 3,000MB/s write, with random 4K read and write hitting 300K and 240K IOPS, respectively. Of course, this goes for the 1TB and 2TB models, while the 512GB model has slightly lower 2,400MB/s sequential write.

Unfortunately, ADATA did not reveal any details regarding the price or the availability date, but the previously available SX8000 series sells at around €110 for the 512GB, so we expect a similar price.

Rate this item
(0 votes)
Tagged under
More in this category: « Comet Lake H and S are going to disappoint First Intel Core i9-10900X benchmark leaks »
back to top