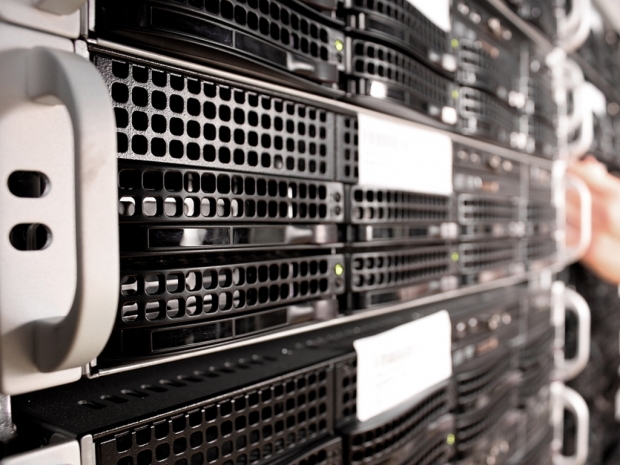 The recent success of AMD’s 7nm 64 core Rome powerhouse is very bad news for ARM's server efforts. Over time, Calxeda and many others failed, and Cavium by Marvell and Ampere don’t seem to be better either. AMD is just jeopardizing last chances for all existing ARM players to make any meaningful footprint on the data center and server market.

AMD has its moment of glory. The company that not so long ago traded for under three dollars now trades 10X of that, and in late 2019 the company finally has a decent server part. Many fellow analysts predict that AMD can score as much as 10 percent of the server processor market, which would be a huge victory for AMD, and of course, that market share will come out of the Intel’s server pocket.

Having AMD as a competitive alternative is not helping ARM’s effort to succeed in the server market, mainly as making general purpose processors for server and data center market is very hard. It took AMD more than a decade of failure with 10h Barcelona, third-generation Opteron to come to the point to have a competitive Zen Based Naples in June 2017 to prove that it has a decent part, but the market started taking AMD seriously after Zen 2 launch of Rome based, EPYC serves in August 2019. The data center market now believes that AMD has something to deliver that will pressure Intel’s decades of dominance.

AMD is not the only contender who wants a piece of Intel’s pie. Nvidia has tried it with Denver, AMD tried with SeaMicro, and most recently, Qualcomm tried with custom server Centriq silicon and decided to exit this business.

Qualcomm, unfortunately, had a great chance of succeeding in the data center market as the product was solid. Still, the company had to exit this multibillion/multiyear project since, at the time, it was under the pressure of waiting for China to approve NXP 47 billion USD acquisition, FTC litigation fueled by Apple, and the now failed hostile takeover from Broadcom. The finance authorities had to shut long term expensive projects down, and Centriq got axed, and with it, ARM's success in server business too. Qualcomm already had customers committed to this chip, and if it was not axed a year ago, it would probably be shipping for revenue right now.

Many will say that Cavium, now owned by Marvell is still kicking, and this six billon dollar acquisition doesn’t get any serious traction in the world we are talking about. The Cavium ARM server project might be in bigger trouble than most expect. Some even question if the products and roadmap will live past the end of 2019. Of course, everyone wants to dominate in taking as much as possible of mostly Intel dominated $500 billion TAM server market.

Now, there is the famous Renee James’ Ampere. The company, started in 2017, is the new big hope of the ARM server strategy, and this project doesn’t have any real traction yet either. It got rounds of financing; it got some cash from Oracle, where Ms. James is coincidentally on the BoD, and its CEO was President of Intel and McAfee before. Our well-informed industry sources claim that Ampere also has added life support by no other than ARM itself. Don’t forget that ARM has a very rich parent called SoftBank.

ARM server cores are just not compelling enough yet to motivate hyperscale data center companies to change. Especially not with AMD resurgent. Industry-leading data center CPUs aren't going to be licensed, they will be built from the ground up. Jim Keller helped to do that successfully in Apple, AMD, and, most recently Tesla self-driving chip. Fingers crossed for his next big thing with Intel.

The common denominator for all existing ARM contenders is that these companies might not have the right engineering talent to disrupt Intel’s dominance. Now with AMD finally ready to compete and win against Intel in some areas, it will be even harder to convince the market that compiling your stuff for the ARM architecture is worth the effort.

Building a general-purpose CPU is hard, and competing with 51 years of X86 is tougher than most believe. The X86 is a compelling instruction that is hard to work around in the server/data center arena.

ARM's server path toward success seems to have left a lot of dead bodies, and this is most likely not the end of it. ARM is on a good path to improve its Neoverse roadmap, but it is not the stock ARM designs that might win the data center race. The success in ARM in the data center will be tailored by doing custom cores. The strategy is proven in other industries.

Last modified on 11 October 2019
Rate this item
(6 votes)
Tagged under
More in this category: « Intel kills Kaby Lake G Superconductor material could be cool for quantum cats »
back to top