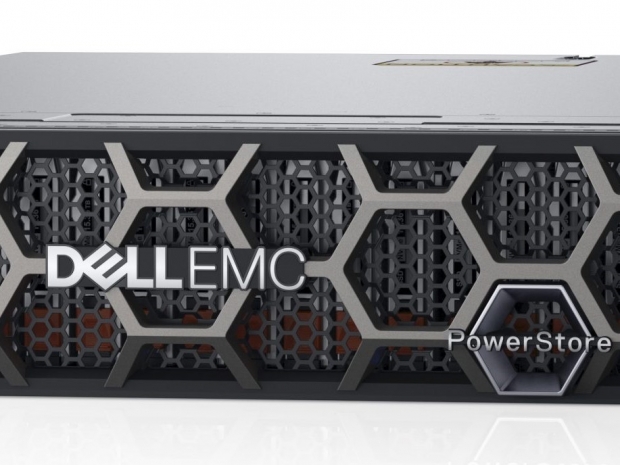 Gray tin box shifter Dell is to announce today the release of its new EMC PowerStore and says that it will be seven times faster and three times more responsive than what is currently on offer in the mid-range.

Dell tells us that it has rebuilt its PowerStore from the ground up with better technology and expertise to address the challenges of the data era.

It uses end to end NVMe architecture, provides support for dual-ported Intel Optane SSDs, and up to 32Gb FC or 25Gb Ethernet support.

Dell EMC uses the popular 2U form factor with dual controllers. Each array has 25 2.5” bays (up to 23 usable for storage depending on model), supporting drive capacities ranging from 375GB to 750GB in Optane SSDs and 1.92TB to 15.36TB NVMe SSDs. While not available at launch, NVMe-oF support will come in a future release.

Each PowerStore appliance can grow to over 2.8 PB effective capacity, and multiple appliances can be clustered for greater performance. PowerStore supports up to four appliances in a cluster, or eight nodes. If there’s a need to scale just storage, Dell EMC supports that via SAS-based expansion enclosures filled with 1.92TB to 7.6TB SSDs.

Last modified on 16 June 2020
Rate this item
(0 votes)
Tagged under
More in this category: « ARM offers help to hardware startups Apple's T2 security chip is killing off MacBook Pros early »
back to top