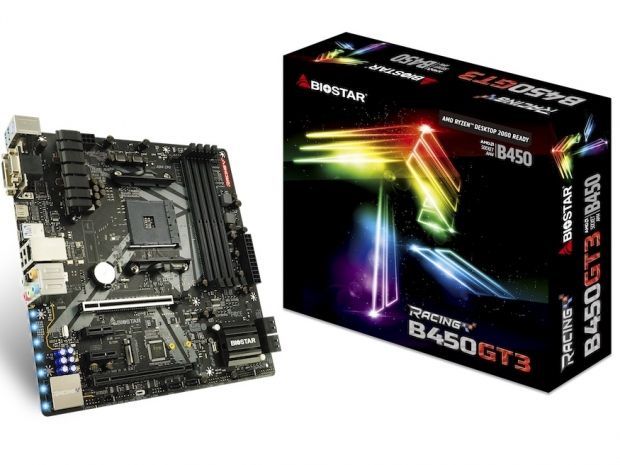 BIOSTAR has announced support for the latest AMD Ryzen 3 3100 and Ryzen 3 3300X processors on their RACING B450GT3 and B450MH motherboards.

These 4 Core 8 thread Processors coupled with SMT (simultaneous multithreading) which is a first for Ryzen 3 processors make these chips better suited for content creation roles and could help with games built on more modern engines as well.

The AM4 platform they are designed for makes them compatible with the current B450 motherboards with a BIOS update which means with a good B450 motherboard, you can now experience smooth and fast gaming experience with popular online games such as DOTA2, Fortnight, or League of Legends, it is claimed.


BIOSTAR has released some of the benchmark results from the in-house tests they ran using the RACING B450GT3 and B450MH motherboards using the new 3rd gen Ryzen processors and had some good benchmark results compared to the test scores released by AMD, matching and sometimes even exceeding the numbers AMD showcased.

Both processors showed similar CPU performance improvements on the Cinebench R20 tests run by BIOSTAR with the Ryzen 3 3100 processor scoring a result of 2287 meanwhile the Ryzen 3 3300x showed an improved score of 2485.

Last modified on 13 May 2020
Rate this item
(0 votes)
Tagged under
More in this category: « Cincoze Unveils GM-1000 Rugged Compact GPU Computer Honor teases May 18 for new launch »
back to top