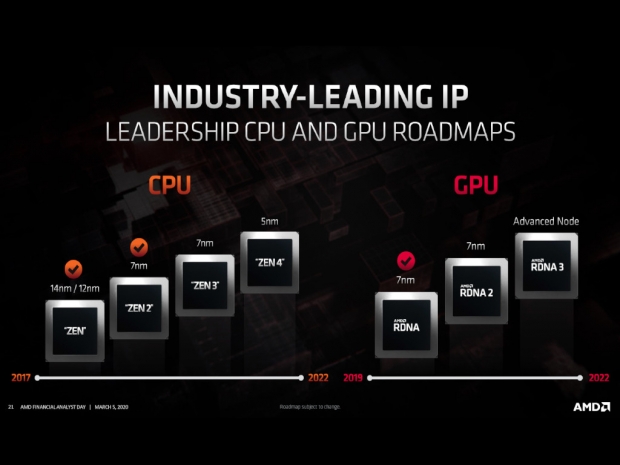 During its Q2 2020 financial call, AMD has confirmed that its entire lineup is on track for this year and that the company is focused on bringing Zen 3 architecture, both Ryzen and EPYC, as well its RDNA 2 and CDNA architectures to the market in 2020.

While there have been some rumors that Zen 3 might be pushed to 2021, which were quickly squashed by AMD's CEO, Dr. Lisa Su, the latest slides from Q2 2020 financial call confirms that the company has no intention of slowing down, and everything is on track for this second half of 2020.

In case you missed it, AMD reported an impressive Q2 2020 financial report, with revenue of $1.37 billion, $200 million of operating income, and 3 percent boost of gross margin to 44 percent. Mostly, the notebook and server sales were offsetting slower GPU and semi-custom sales.

More importantly, AMD was keen to note that its 2020 roadmap is solid, on both GPU and CPU side. When it comes to the client-side, the company is pushing to launch its new Zen 3-based Ryzen CPUs as well as RDNA 2-based GPUs for late 2020. Of course, AMD says it is going to "launch" and it is left to be seen if these products will be able available before the end of the year and hit the all important holiday shopping season.

The same goes for the server-side of the market, but this time around, semantics change with AMD's slide, saying that it is on-track to "begin shipping" its next-generation Zen 3 Milan data center CPUs in late 2020. The same should be with server/data center-focused CDNA-architecture GPUs, although this will depend on the delivery from AMD's driver team.

In any case, AMD seems to be on a solid path, and most importantly, it a solid roadmap is important, the company has managed to deliver on its promises, keeping the momentum it needs and not giving its competition any breathing room. 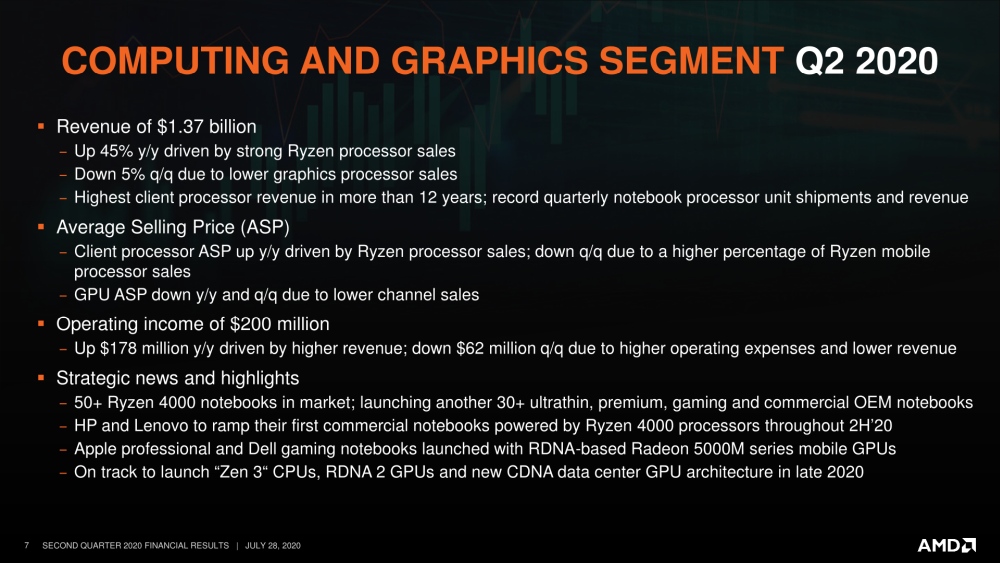 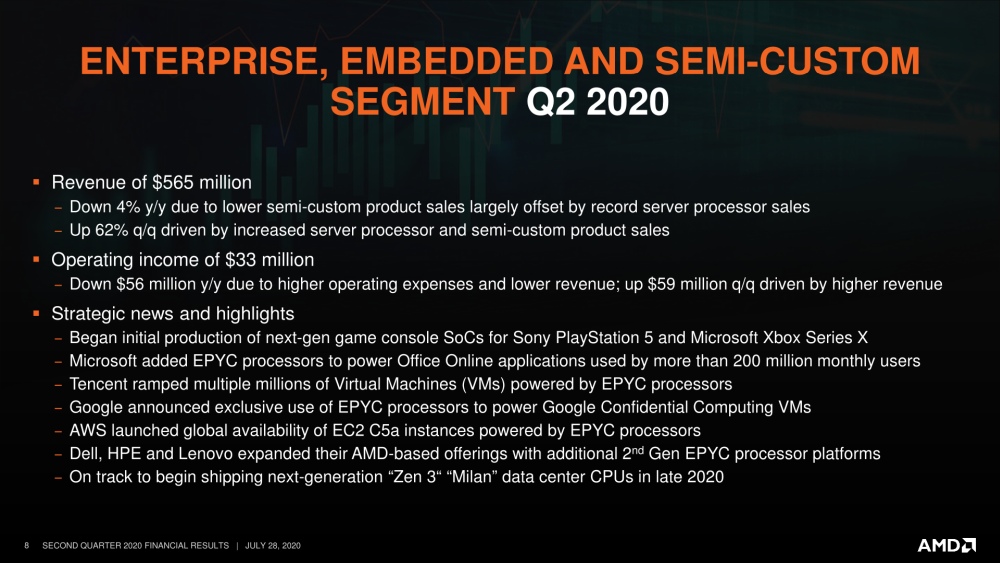 Last modified on 30 July 2020
Rate this item
(0 votes)
Tagged under
More in this category: « Murthy is out of Intel Asus rolls out new PN50 mini-PC with Ryzen Mobile 4000 APUs »
back to top