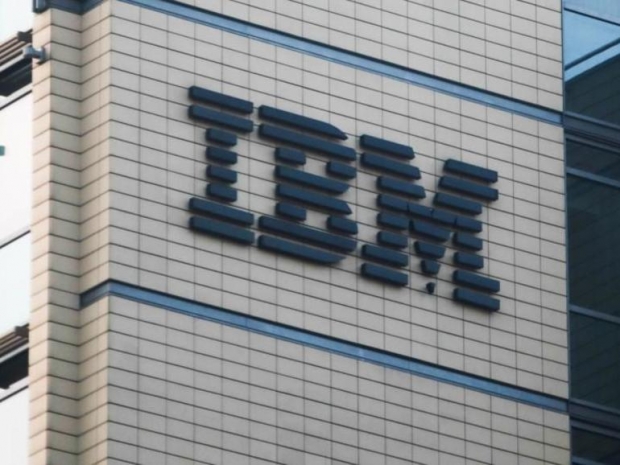 IBM has announced its quantum “road map” which includes plans to built a 1000 qubit model by 2023.

For those not in the know, IBM’s current largest quantum computer, revealed this month, contains just 65 qubits.

The company said: "We’re developing a dilution refrigerator larger than any currently available commercially. This roadmap puts us on a course toward the future’s million-plus qubit processors thanks to industry-leading knowledge, multidisciplinary teams, and agile methodology improving every element of these systems. All the while, our hardware roadmap sits at the heart of a larger mission: to design a full-stack quantum computer deployed via the cloud that anyone around the world can program."

IBM has been exploring superconducting qubits since the mid-2000s, increasing coherence times and decreasing errors to enable multi-qubit devices in the early 2010s. Continued refinements and advances at every level of the system from the qubits to the compiler allowed us to put the first quantum computer in the cloud in 2016.

"Today, we maintain more than two dozen stable systems on the IBM Cloud for our clients and the general public to experiment on, including our 5-qubit IBM Quantum Canary processors and our 27-qubit IBM Quantum Falcon processors—on one of which we recently ran a long enough quantum circuit to declare a Quantum Volume of 64. This achievement wasn’t a matter of building more qubits; instead, we incorporated improvements to the compiler, refined the calibration of the two-qubit gates, and issued upgrades to the noise handling and readout based on tweaks to the microwave pulses. Underlying all of that is hardware with world-leading device metrics fabricated with unique processes to allow for reliable yield", IBM said.

IBM recently released a 65-qubit IBM Quantum Hummingbird processor to its IBM Q Network members. This device features 8:1 readout multiplexing, meaning we combine readout signals from eight qubits into one, reducing the total amount of wiring and components required for readout and improving our ability to scale, while preserving the performance features from the Falcon generation of processors.

"We have significantly reduced the signal processing latency time in the associated control system in preparation for upcoming feedback and feed-forward system capabilities, where we’ll be able to control qubits based on classical conditions while the quantum circuit runs", the statement said.

Next year, the company will debut its 127-qubit IBM Quantum Eagle processor whichhas several upgrades in order to surpass the 100-qubit milestone.  This includes through-silicon vias (TSVs) and multi-level wiring provide the ability to effectively fan-out a large density of classical control signals while protecting the qubits in a separated layer in order to maintain high coherence times.

"Meanwhile, we’ve struck a delicate balance of connectivity and reduction of crosstalk error with our fixed-frequency approach to two-qubit gates and hexagonal qubit arrangement introduced by Falcon. This qubit layout will allow us to implement the “heavy-hexagonal” error-correcting code that our team debuted last year, so as we scale up the number of physical qubits, we will also be able to explore how they’ll work together as error-corrected logical qubits—every processor we design has fault tolerance considerations taken into account", IBM said,

With the Eagle processor, IBM will also introduce concurrent real-time classical compute capabilities that will allow for execution of a broader family of quantum circuits and codes.

The design principles established for our smaller processors will set us on a course to release a 433-qubit IBM Quantum Osprey system in 2022. More efficient and denser controls and cryogenic infrastructure will ensure that scaling up our processors doesn’t sacrifice the performance of our individual qubits, introduce further sources of noise, or take up too large a footprint.

"In 2023, we will debut the 1,121-qubit IBM Quantum Condor processor, incorporating the lessons learned from previous processors while continuing to lower the critical two-qubit errors so that we can run longer quantum circuits. We think of Condor as an inflection point, a milestone that marks our ability to implement error correction and scale up our devices, while simultaneously complex enough to explore potential Quantum Advantages—problems that we can solve more efficiently on a quantum computer than on the world’s best supercomputers", the company said. 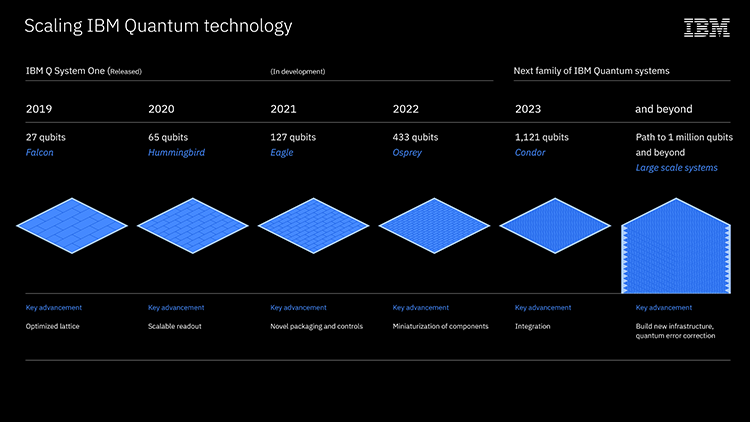 Last modified on 16 September 2020
Rate this item
(1 Vote)
Tagged under
More in this category: « 2025 will be the year of quantum on the desktop USB-C turned out to be a nightmare »
back to top