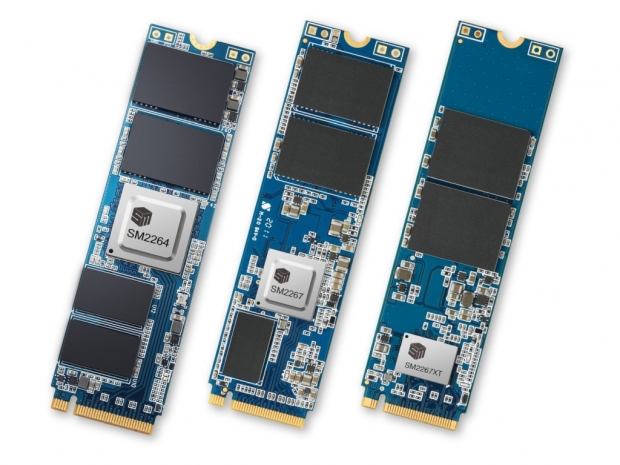 For the high-end market segment and in order to compete with the likes of Samsung, upcoming Phison's E18, or the Phison E16 controller, which was the first consumer PCIe 4.0 controller, Silicon Motion uses 12nm manufacturing process and sticks to the high-performance ARM Cortex R8 CPU cores, or four of them to be precise.

For the mainstream market, Silicon Motion sticks to the cheaper 28nm, which is no surprise considering that these are based on dual ARM Cortex R5 CPU cores but also pack LPDDR4, DDR4-XT DRAM, or DRAM-less support for the SM2267XT, full PCIe 4.0 x4 interface with 4ch NAND support with 1200MT/s (4 or 8 CE/Channel), and 2kB size LDPC error correction.

The SM2267 and the SM2267XT are similar and should offer similar performance, with sequential performance peaking at 3,900MB/s for read and 3,500MB/s for write, putting them in line with some other mid-range to entry-level PCIe 4.0 controllers. The 4K random performance peaks at 500k IOPS for both read and write. These will go against, for example, Phison's E12 controller.

High-end SM2264 sampling to vendors, mid-range SM2267(XT) are already on the market

The high-end SM2264 controller is, according to Silicon Motion, currently sampling to vendors but there is still no word on when to expect SSDs based on this controller. Currently, Phison is working on its next-gen E18 SSD controller which should provide significant improvements over the Phison E16, including 7.4GB/s transfer speeds.

The mid-range and entry-level SM2267 and SM2267XT are currently in mass production, and some SSDs based on such controllers can already be found on the market, which is not a big surprise as these are made on a well-established 28nm manufacturing process. 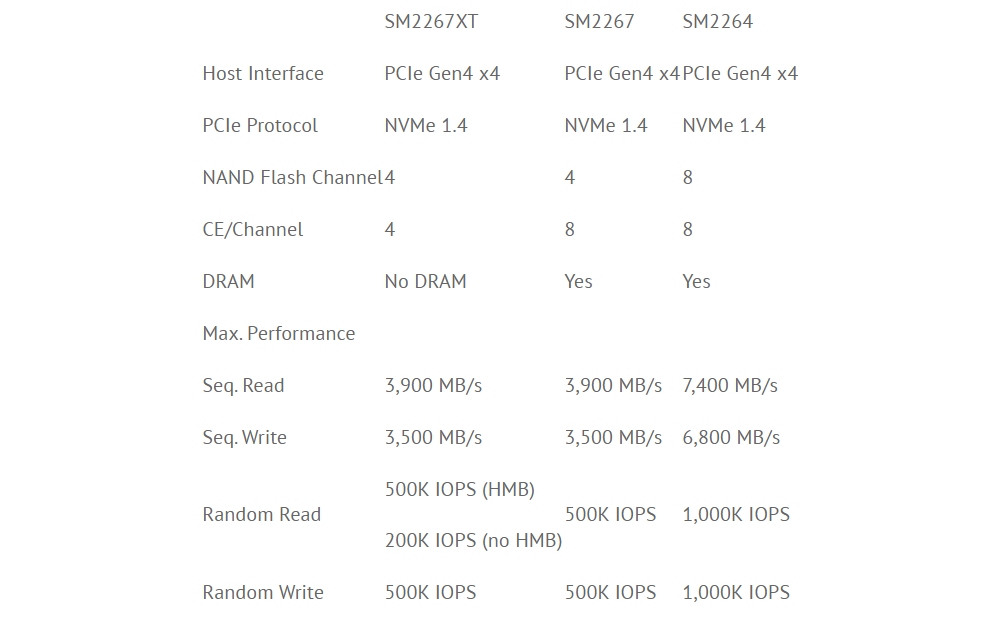