FinalWire Aida v6.32 is out 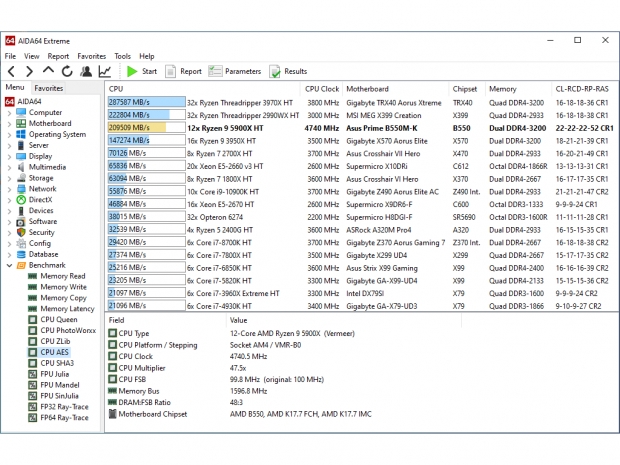 FinalWire, a company behind Aida benchmark and info tool, has released a new version.

Aida was always a great tool to test your machine and see how much you got from the update and upgrade, and it always tends to learn new things. Apart from the new Nvidia cards listed before, the company has promised further AMD Zen 3 Optimizations and AMD Radeon RX 6000 Series support. It also brings support for Quadro T500, RTX A40, RTX A6000, and EVGA iCX3 sensor support.

Last modified on 15 December 2020
Rate this item
(0 votes)
Tagged under
More in this category: « AMD close to producing an ARM chip Team Group sampling DDR5 »
back to top