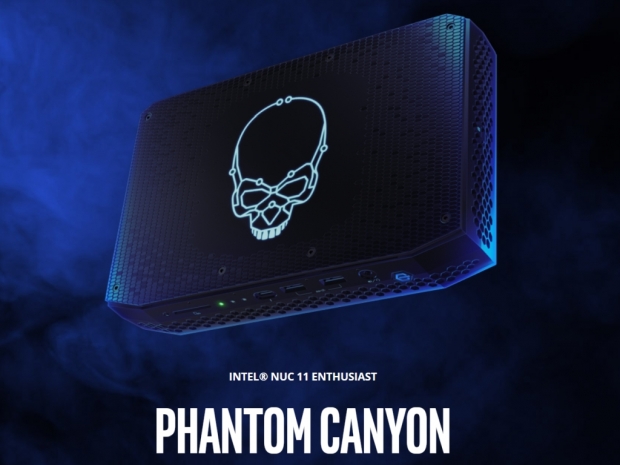 Panther Canyon and Tiger Canyon NUCs get attention as well

Intel has recently announced its full NUC 11 lineup, and now we've checked out a full teardown of the flagship Intel NUC 11 Enthusiast Phantom Canyon. We also got the first look at the NUC 11 Performance Panther Canyon, including a first early review, as well as a detailed look at the NUC 11 Pro Tiger Canyon.

In case you missed it, Intel's new NUC 11 mini PC lineup will be available in four different versions, covering different market segments, ranging from integrators, embedded, desktop, to gaming high-end markets. These include Intel NUC 11 Enthusiast Phantom Canyon, a gaming and creative high-end beast, the Intel NUC 11 Performance Panther Canyon, which is a desktop-replacement NUC, Intel NUC 11 Pro Tiger Canyon for embedded systems market, and the Intel NUC 11 Compute Element, which is pretty much a NUC 11 board.

Phantom Canyon gets a first look and teardown, courtesy of SimplyNUC

The flagship Phantom Canyon NUC is a gaming/enthusiast and creative high-end mini PC equipped with Intel's 11th gen Core i7 CPU, namely the Core i7-1165G7, which is a 28W quad-core/eight-thread CPU ticking at 2.8GHz base and 4.7GHz Turbo clock and coming with Iris Xe G7 graphics.

The CPU is paired up with Nvidia Geforce RTX 2060 graphics card with 6GB of GDDR6 memory, which is not a big surprise considering that the design was started back when RTX 3060 or some other new GPU weren't available. You can also equip it with up to 64GB of DDR4-3200 memory in two SODIMM slots, as well as plenty of storage options. 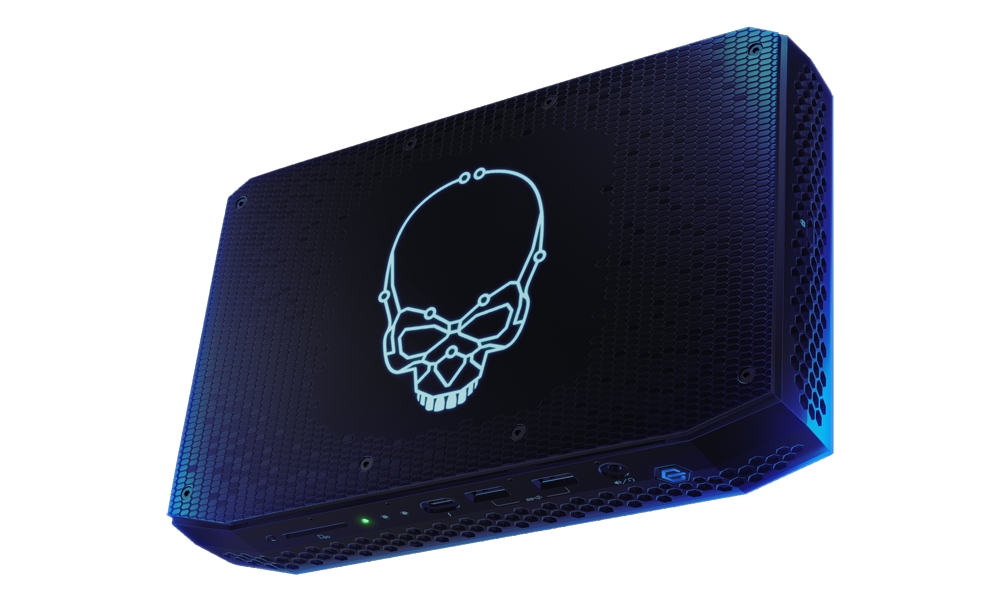 SimplyNUC, which already has pretty much the entire lineup up for pre-order, released neat videos showing both the first look and the full teardown of the NUC 11 Phantom Canyon. The teardown shows a rather intricate cooling system, similar to the one on Hades Canyon, which includes plenty of copper heatpipes and dual blower fans meant to keep both the Tiger Lake-U CPU and the RTX 2060 GPU well cooled.

As noted, the NUC 11 Phantom Canyon is available for pre-order from SimplyNUC, both in the UK and the USA, starting at £999/$1349 with 8GB of DDR4 memory and 128GB SSD, as well as a free OS installation, and will ship in March.

Intel's NUC 11 Performance Panther Canyon is a rather interesting model as it is meant to cover a broad market range, described by Intel as the mini PC to "power your home productivity". It will be available with a wide range of Intel Tiger Lake-U CPUs, support up to 64GB of RAM in two SO-DIMM slots, and various storage options in M.2+2.5-inch slots.

You can check out the full lineup over at the Simply NUC site.

Fanlesstech.com also spotted an early review of the NUC 11 Panther Canyon over at the Chinese site Koolshare. The Intel 28W i7-1165G7 CPU with Iris Xe Graphics powered the unit and it shows promising results.

SimplyNUC also released a detailed look at the NUC 11 Tiger Canyon, a model that will be limited to 28W TDP CPUs, and described by Intel as NUC for "embedded systems market", and should be quite interesting as an office replacement computer.

Hopefully, we'll get more details soon and so far it appears that Intel is pushing hard to cover as broad a range as possible with its NUC 11 models.