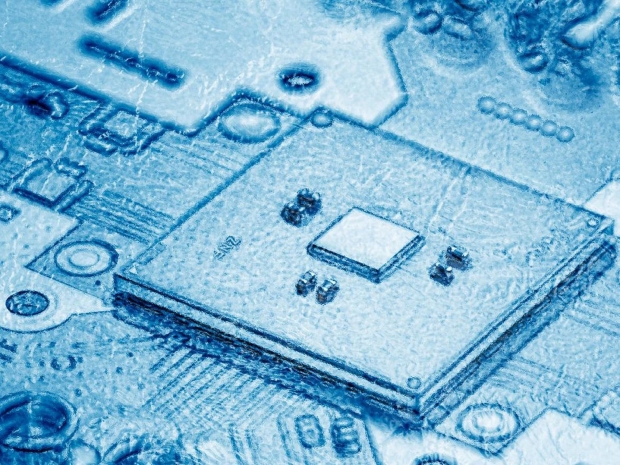 According to a Nature Machine Intelligence research paper with the catchy title CMOS-based cryogenic control of silicon quantum circuits, the results fix a critical challenge in the scalability of quantum interconnects.

Dubbed the “interconnect bottleneck” the issue appears between the quantum chip in a dilution refrigerator and the room-temperature electronics controlling the quantum chip. If those electronics can be designed to operate at high fidelity at cryogenic temperatures, they can ultimately be integrated with the qubits on the same die or package, overcoming the ‘wiring bottleneck’.

Intel and QuTech research team have used an industry-standard randomised benchmarking test in the quantum field to prove that the Horse Ridge cryogenic control chip achieves the same fidelity as commercial room-temperature electronics when controlling a two-qubit processor. The use of randomized benchmarking is an important milestone in proving that Horse Ridge can achieve qubit operations of 99.99 per cent fidelity.

Additionally, researchers showcased the programmability of the controller using a two-qubit algorithm called the Deutsch–Jozsa algorithm which is one of the simplest algorithms that is much more efficient on a quantum computer than a traditional computer. The results proved the ability of Horse Ridge to control multiple qubits on a single radio frequency line– also known as frequency multiplexing.

Both these advances indicate that it may be possible to fully integrate the controller chip and the qubits on the same die (as they are all fabricated in silicon) or package, thus further relieving the wiring bottleneck and solving a major roadblock on the path toward quantum scalability.

Last modified on 13 May 2021
Rate this item
(1 Vote)
Tagged under
More in this category: « MSI rolls out new Creator and Gaming laptop lineups TSMC turns to US for expansion »
back to top