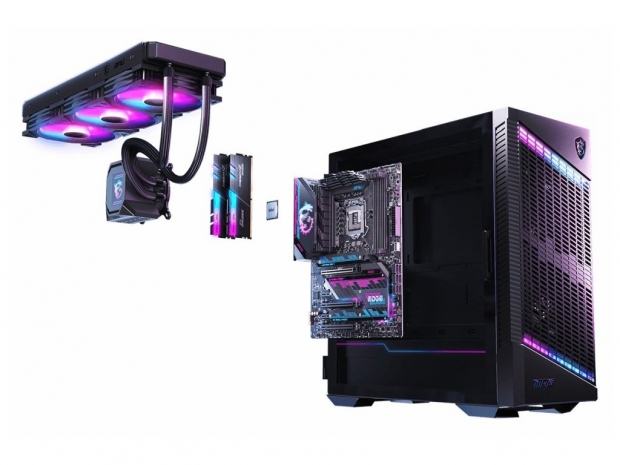 During its presentation at the online version of the Computex 2021 show, MSI unveiled a rather neat bundle, the MSI MPG Gaming Maverik, featuring its own motherboard, cooler, and case, as well as Intel 11th gen CPU and a 32GB DDR4 memory kit from G.Skill.

MSI was keen to note that this is a premium kit, that offers gamers a semi-prebuilt system that features some exclusive special edition MSI SP series components.

MSI did not reveal any details about the price but we are surprised the company did not come up with several other bundles with SSD or graphics included. But, so far, this is the only one that will be offered right now.

You can check out more over at MSI's own website.

Last modified on 04 June 2021
Rate this item
(2 votes)
Tagged under
More in this category: « AMD announces Ryzen 5000G APUs for desktop Google displacing Intel with its own chips »
back to top