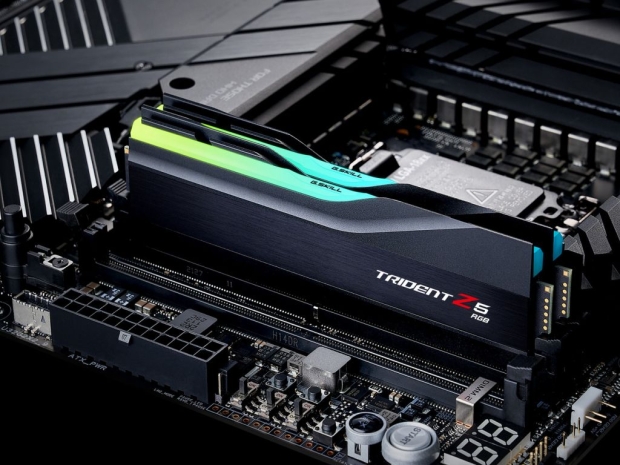 Following the announcement of Intel's 12th gen Core Alder Lake CPUs and Z690 motherboards, coming on November 4th, G.Skill has revealed what its new Trident Z5 DDR5 memory is capable of achieving on that platform, hitting DDR5-6800 at CL38.

As you can see from the screenshots below, one kit is based on Samsung ICs while the other uses SK Hynix ICs.

"G.SKILL is dedicated to develop ever-faster overclocking memory on each new generation of Intel platform. And we are very excited to have worked with Intel to develop extreme performance DDR5 memory for the latest Intel Z690 platform,” says Tequila Huang, Corporate Vice President of G.SKILL International. “With G.SKILL extreme memory kits, we hope to tap into the performance potential of DDR5, and in conjunction with the latest Intel platform offering, to bring a whole new level of system performance to worldwide gamers, overclockers, and enthusiasts.”

G.Skill already announced its Trident Z5 DDR5 lineup earlier this week, and it will be interesting seeing how far these kits can be pushed in the hands of serious overclockers.