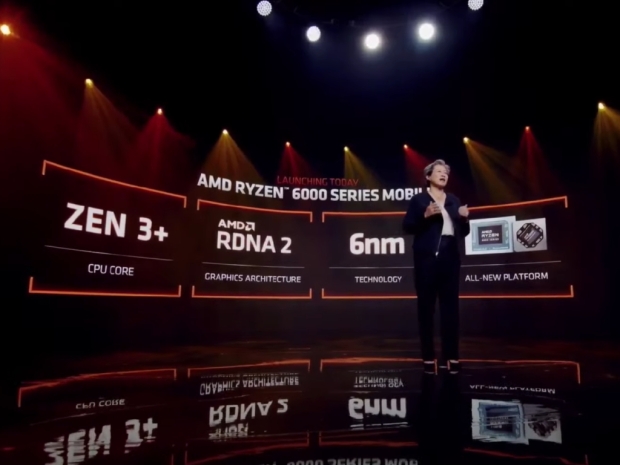 AMD is finally merging its latest CPU and GPU architectures on notebooks with the Ryzen 6000 series mobile processors, promising the highest clocks, faster processing, faster graphics, an all-new platform with support for the latest technologies, and plenty of design to cover all market segments.

As noted, the AMD Ryzen 6000 series mobile processors are combining Zen 3+ CPU architecture with AMD RDNA 2 graphics architecture, all on 6nm and the all-new platform. The Ryzen 6000 series mobile processors will bring up to 5GHz clocks, making it the fastest Ryzen to date, and promise up to 1.3x faster processing and up to 2.0x faster graphics performance. 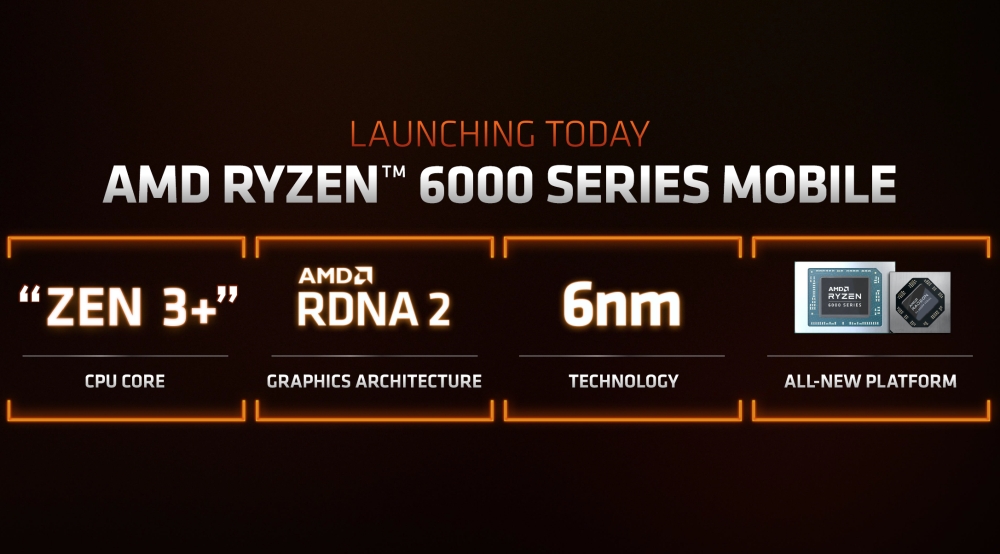 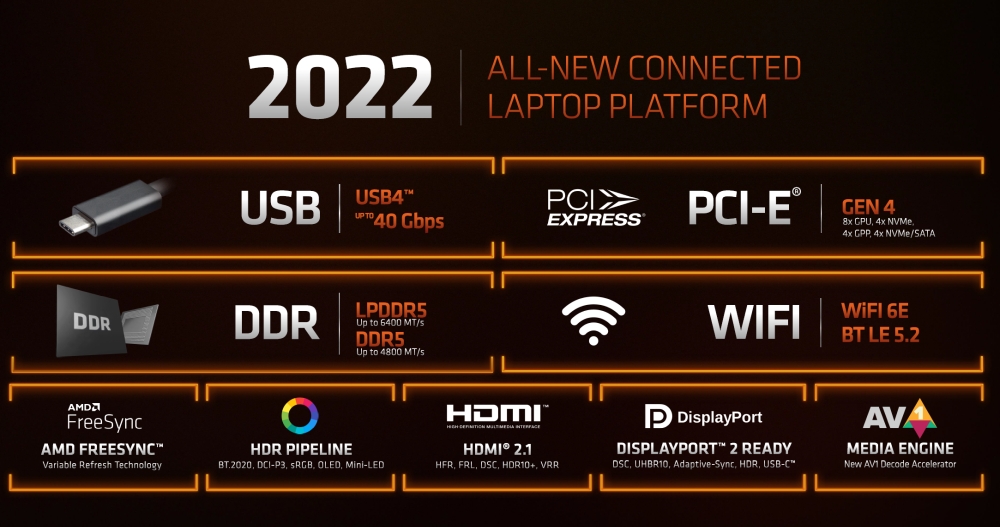 As you can see from the list below, both the H-series and the U-series will be getting APUs with up to 8 CPU cores (16 threads) as well as up to 12 CU (768 Stream Processors) RDNA 2 GPU with up to 2.4GHz GPU frequency and support for hardware raytracing, DisplayPort 2.0, HDMI 2.1, and AMD FreeSync. 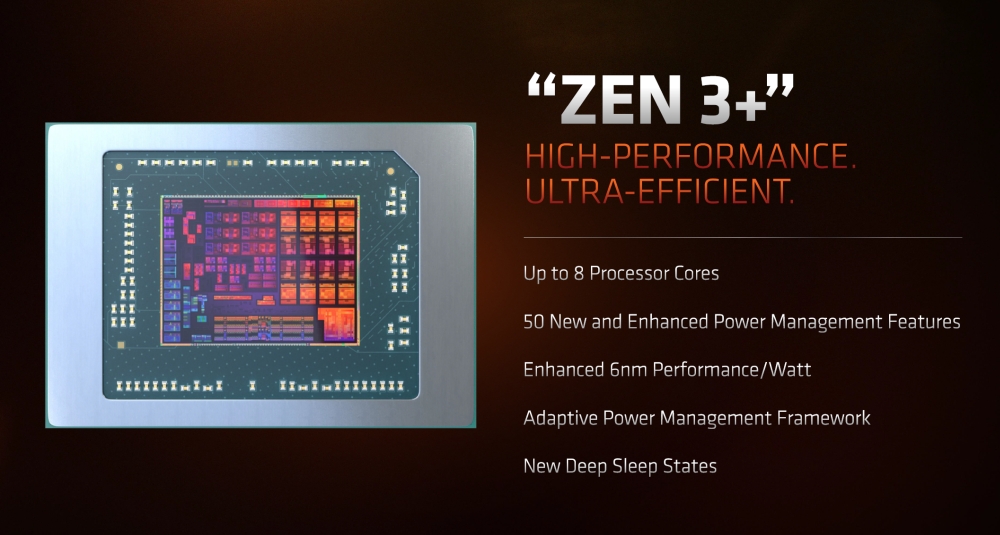 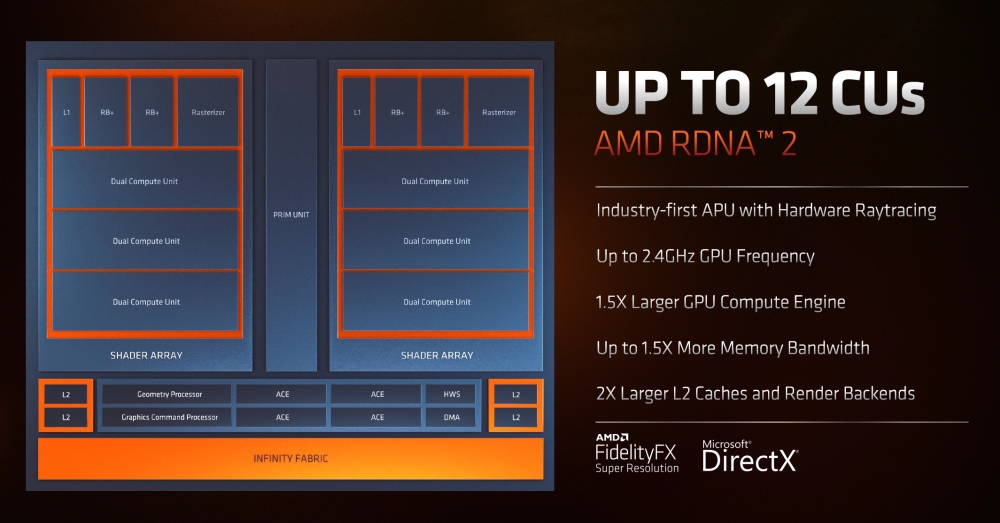 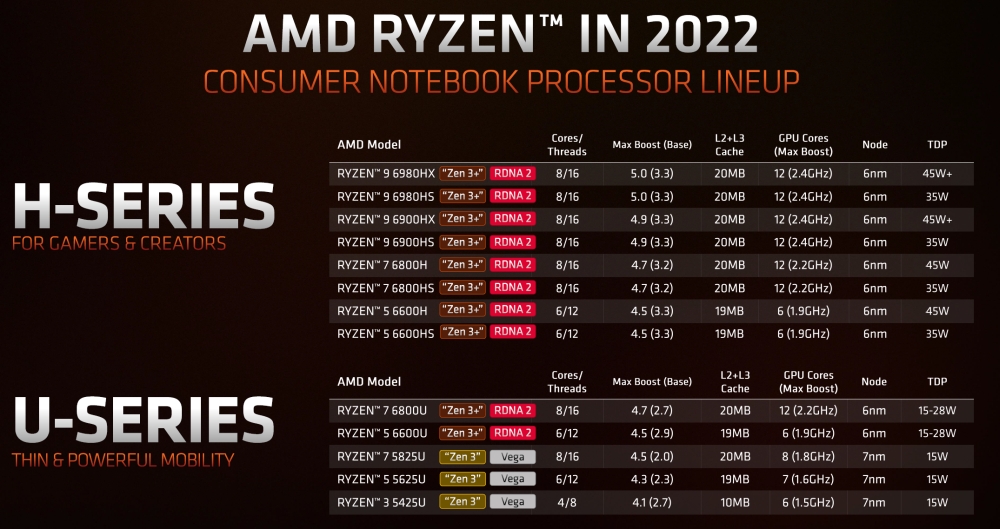 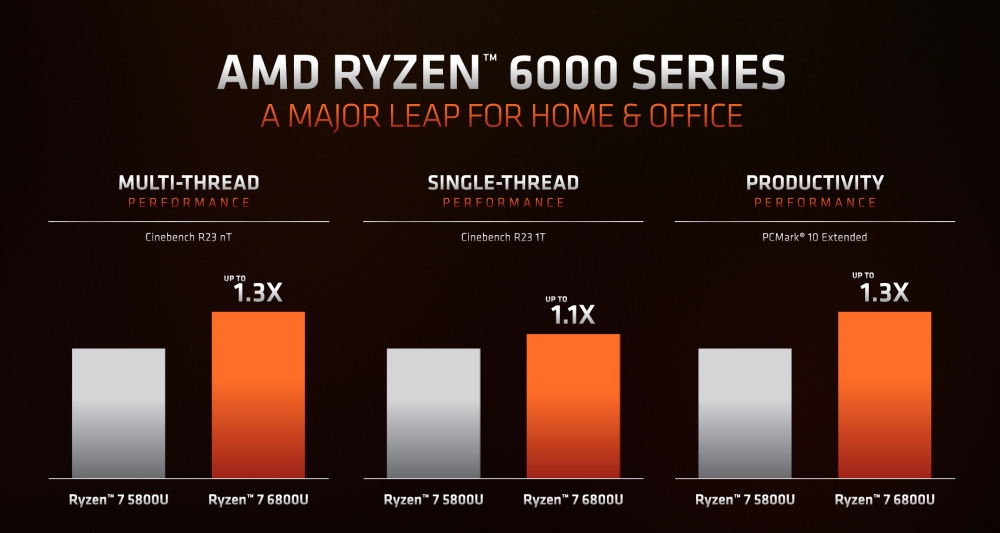 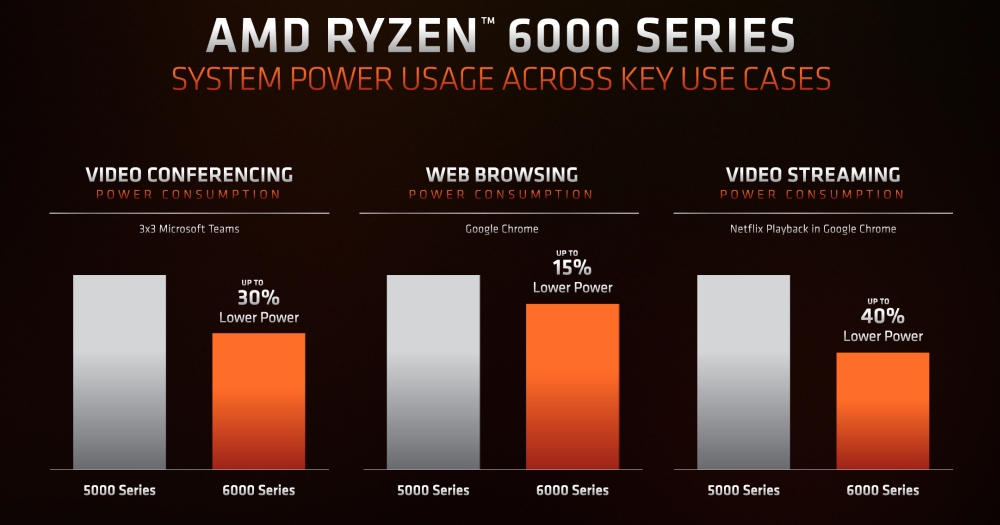 The new RDNA 2 GPU will bring massive performance improvements, offering playable framerates at 1080p resolution in plenty of titles and promising up to 2x higher GPU performance compared to the previous generation, or compared to Intel's Core 11th gen or Nvidia Geforce MX4050. 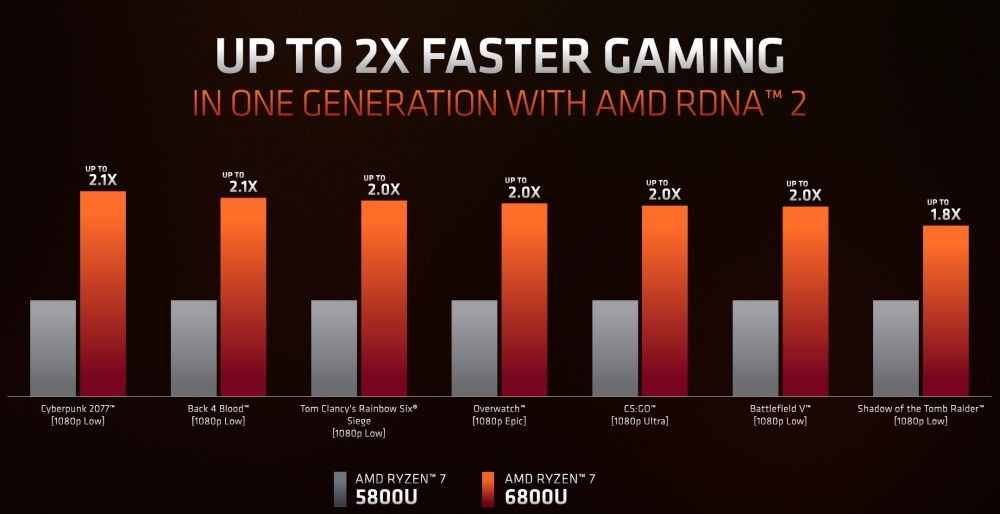 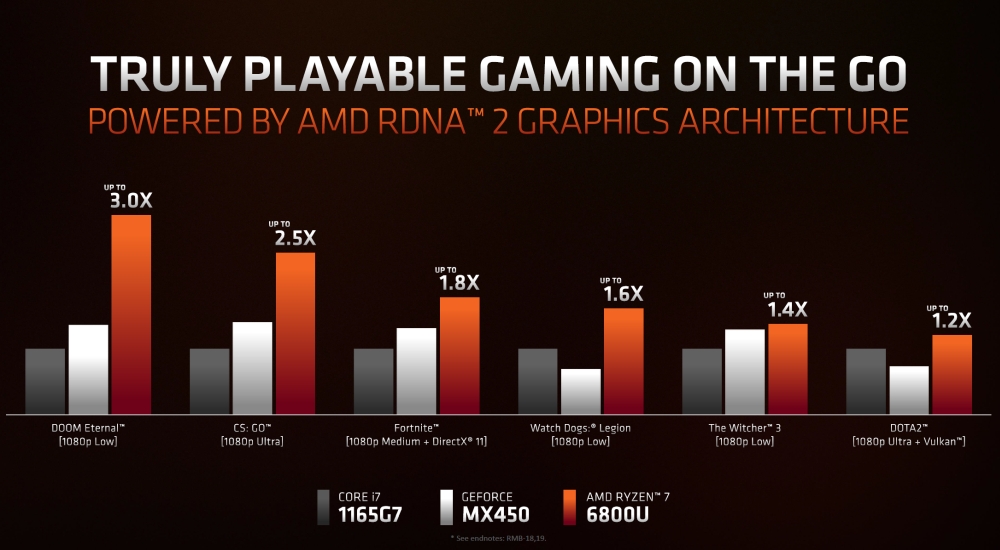 AMD is promising 200+ premium systems expected in 2022 from Acer, Asus, Dell/Alienware, HP, Lenovo, Razer, and others, so it will be interesting to see the actual performance when some of these designs hit the retail/e-tail in February. 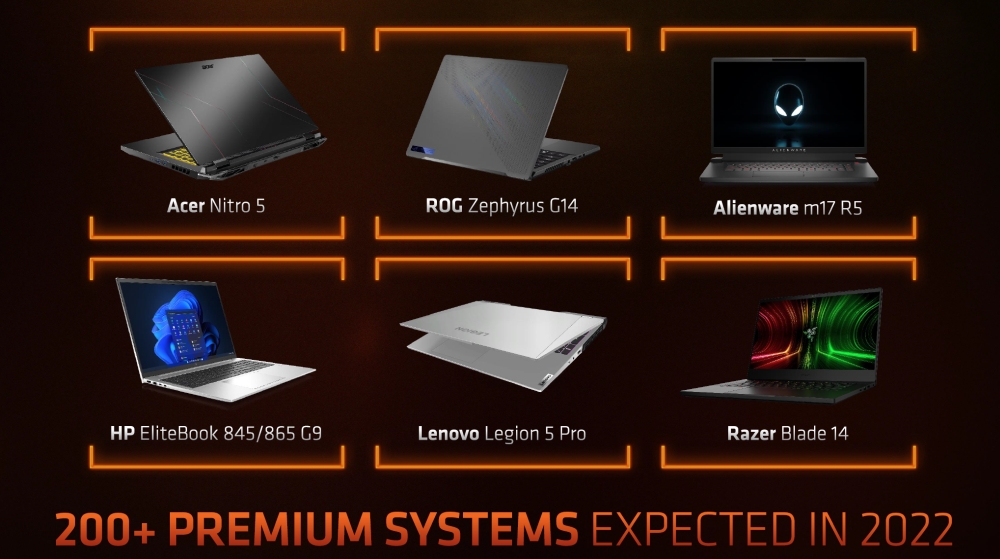