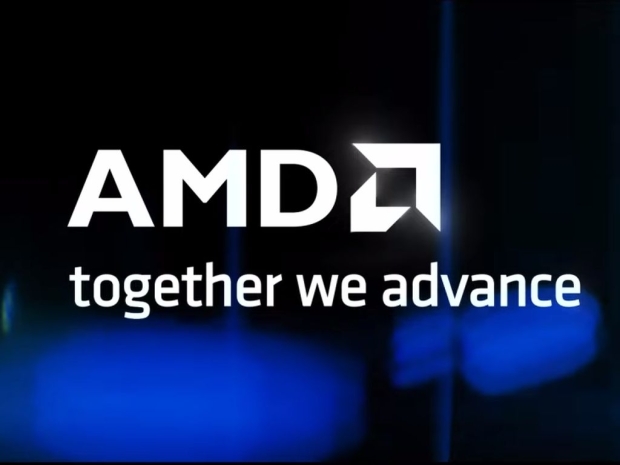 At its Financial Analyst Day, AMD has updated its CPU roadmap, giving us a bit more official details about its future, confirming that Zen 5 will be coming in 2024, and confirming more details on what to expect from the Zen 4 architecture-based lineup.

AMD has updated its Zen CPU roadmap and shown a bit more information regarding its future lineup.

The new roadmap confirms that AMD will have three Zen 4 versions, a standard Zen 4, the Zen 4c, which is a compact core designed for high-density servers, like the 128-core EPYC Bergamo, as well as the Zen 4 with V-Cache, which is not a big surprise considering how well it did with the Zen 3 with 3D V-Cache.

What definitely caught everyone's eye is the fact that AMD plans to use both 5nm and 4nm for the Zen 4-based products, and while it was already announced that the Ryzen 7000 series and EPYC Genoa server lineup will be built on TSMC's 5nm process, and Zen 4c should use the N5 process as well, it is not clear what the 4nm is doing there, but hopefully we will hear more later.

For starters, AMD has given a bit more details about the Zen 4 arcitecture-based products that will cover server, notebook, and desktop markets. While we got some information regarding the Zen 4 architecture during the Computex show, we now get a bit more information.

According to AMD, the Zen 4 will offer a significant generational performance-per-watt and frequency improvement, with Instruction per Clock (IPC) uplift of 8 to 10 percent, compared to Zen 3. AMD is also revealing that we will be looking at an impressive single-threaded performance gain, greater than 15 percent, as well as offering up to 125 percent memory bandwidth per core.

The same slide also confirms that Zen 4 will be getting ISA extensions for AI and AVX-512. 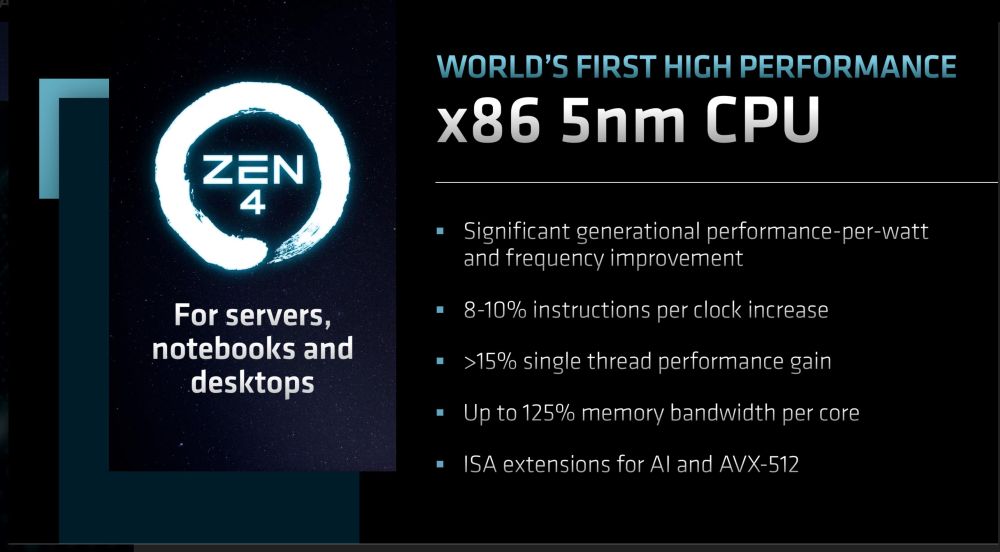 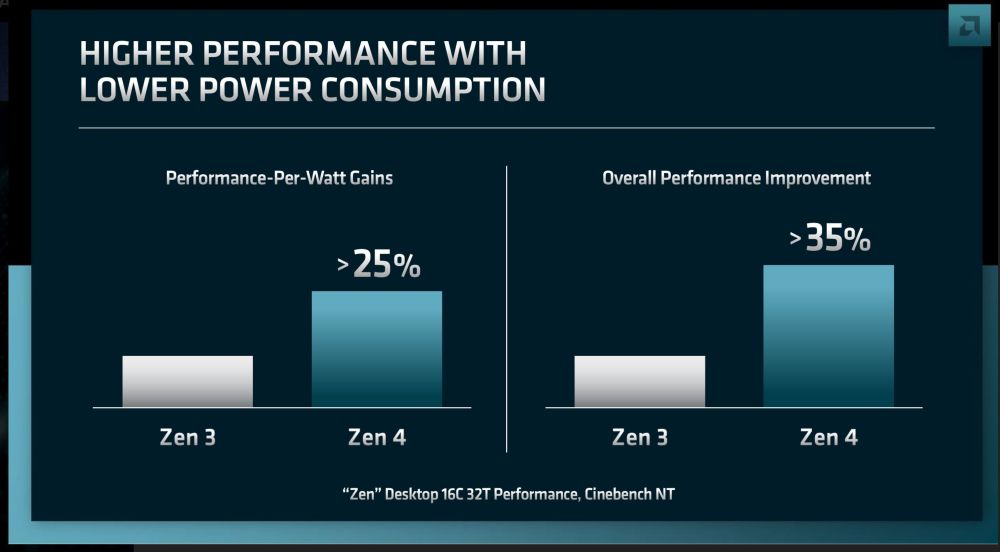 AMD has also confirmed that Zen 5 architecture is coming in 2024, and while it did not give any precise details, AMD did say that we are looking at an "all-new microarchitecture", suggesting it is not just an improvement but rather something new. AMD is also promising that Zen 4 architecture will be optimized to scale across workloads and offer enhanced performance and efficiency, re-pipelined front end and wide issue, and features integrated AI and Machine Learning optimizations.

The new roadmap is also confirming that AMD is keeping the triple design approach, and Zen 5 will be coming as the standard Zen 5 core, a compact Zen 5c one, and the Zen 5 core with V-cache. 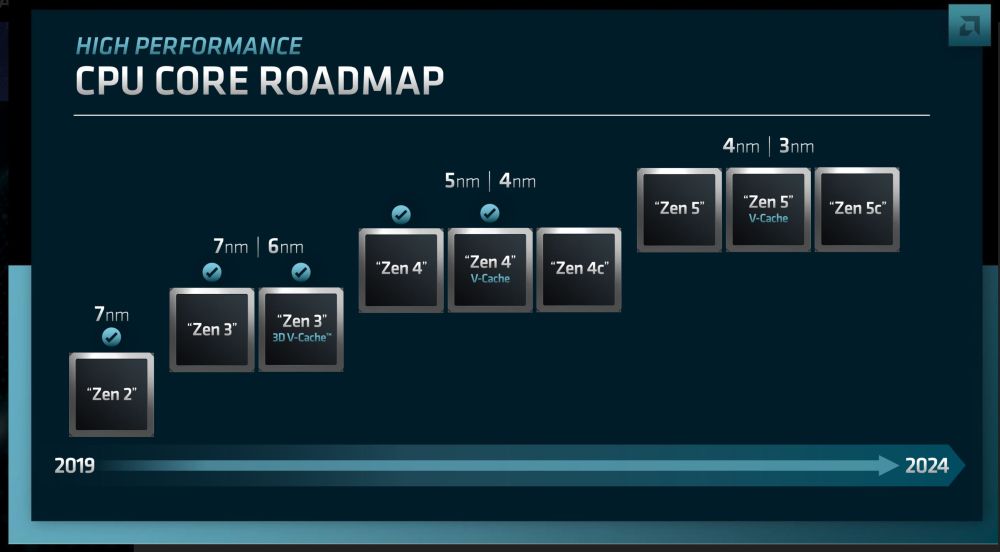 Rate this item
(4 votes)
Tagged under
More in this category: « TSMC snubs Europe AMD warns of a chip slow down »
back to top