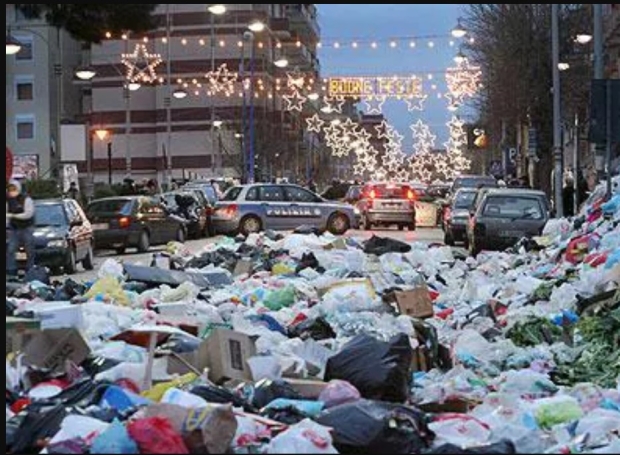 Wants it to build a semiconductor packaging and assembly plant

The nation which built an empire stretching from the Britain to Persia is following its neo-liberal dreams by giving Intel $5 billion to build a semiconductor packaging and assembly plant in the country.

To put this into some perspective, Italy is flat broke and owes money to practically every country in the known world. Most of its highly skilled workers are paid less than 2000 euro and its health system nearly collapsed under Covid because successive governments have trousered cash into their own bank accounts. Local authorities are struggling to get rubbish collected, even though that is arguably their only job other than keeping UK people from staying in the country.

So, given all that, why not give money ear marked for Covid redevelopment to an American company who will hire a few highly skilled workers which it will presumably have to import into the country?

Prime Minister Mario Draghi was working to have an agreement in place by the end of August, ahead of a snap national election scheduled on 25 September, thus tying the hands of a new government to a White Elephant. Draghi will not be around after the project starts. He was not elected in the first place but appointed because the Italian government is so fractured that the only thing it can agree on is giving more money to politicans.

Sources have previously said Draghi is ready to fund as much as 40 per cent of Intel's total investment in Italy, which is expected to rise over time from the initial $5 billion.

Two sites are being looked at in Italy both are located in the northern regions of Piedmont and Veneto which do not have an employment problem. Had Draghi considered the south where unemployment is incredibly high Italians might have respected the move a bit more.

What is also strange is no one has actually said where the money is coming from. Rome so far has set aside 4.15 billion euros until 2030 to attract chipmakers and invest in new industrial applications of innovative technologies. But this cash is blowing it all in one place, and rather quickly.

Last modified on 08 August 2022
Rate this item
(2 votes)
Tagged under
More in this category: « AMD shows off new partner motherboards Huge 4D NAND flash out »
back to top