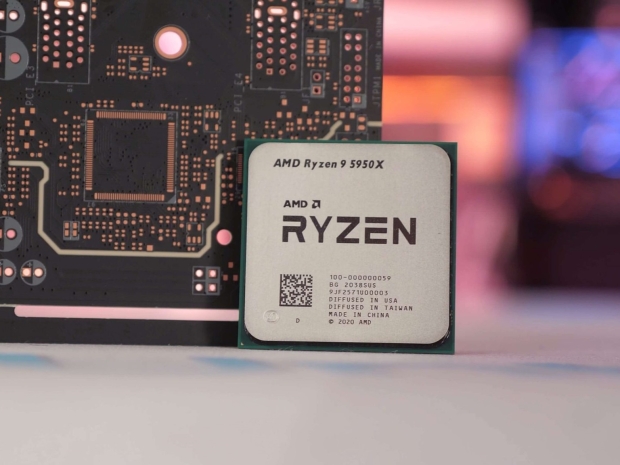 Leaked benchmarks for AMD’s new flagship Ryzen 9 7950X are starting to appear and it appears to be cleaning its predecessor's clock.

While it is expected that the new chip will do better than the earlier 5950X, it is surprising to see how much better.

Enthusiasts in China have been posting scores which they claim are achieved without overclocking. The highest multi-core score achieved so far is 38,984 points.

Twitter user "Raichu" scored 37,452 points with a production sample and got their CPU with an all-core clock speed of 5.1 GHz and consumed 240 W during the benchmark, resulting in temps of up to 96° C despite a 360 mm AIO watercooler.

Another production sample running the benchmark posted to Baidu show the processor hit a score of 36,256 points using some water cooled system. The same processor only reached 29,649 points when it had just an air cooler.

Still, it looks like the 7950X is looking very good for the price.