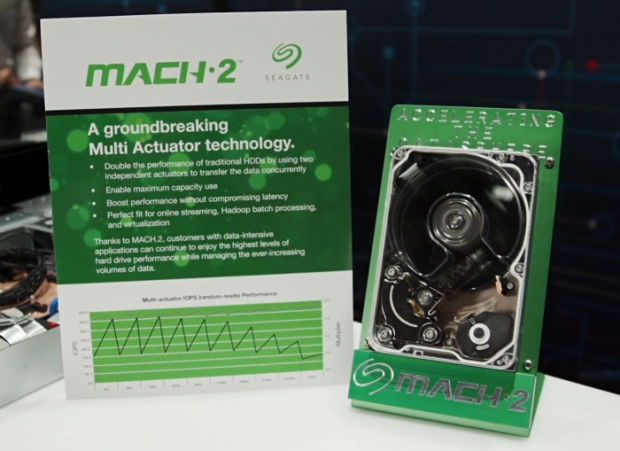 The new Exos 2X16 and 2X18 HDDs can match SATA solid-state drives in terms of sequential read and write speeds while offering capacities of 16TB and 18TB (up from 14TB).

Seagate's hermetically sealed and helium-filled Mach.2 hard drives with two actuators are essentially two logical HDDs (or 9TB or 8TB capacity) that are independently addressable and therefore need some software tweaks on the host side.

Seagate has been experimenting with dual-actuator HDDs with Microsoft since late 2017, but expanded availability to select other partners. With its Exos 2X16 and Exos 2X18 families, Seagate probably further expands availability of its Mach.2 HDDs as now it makes them available with a widespread SATA interface. Whether or not such products will be available in retail to those who want an ultra-fast HDD is something that remains to be seen, but at least these SATA drives can be used with a wider range of systems than their predecessors.

Last modified on 15 November 2022
Rate this item
(2 votes)
Tagged under
More in this category: « French Arm chipmaker teams up with AMD Apple looks to the US to provide it with chips »
back to top