Preview: As Evergreen marches on...


We've already written about Sapphire's latest HD 5770 Vapor-X card here, but this time around it's time for some comprehensive testing. We've gotten our mitts on the aforementioned card and decided to do some preliminary tests to show you what this card is about, and what it's capable of.

Sapphire HD 5770 Vapor-X card runs at 860MHz GPU and 1200MHz memory. Although the memory interface is 128-bit, pairing it up with GDDR5 results in bandwidth of 76.8GB/s. Unlike the HD 4870 which required two 6-pin connectors, the HD 5770 requires only one. Maximum consumption won't exceed 108W, whereas idle consumption stays at 18W.

The card comes with 800 stream processors, which is half the amount the Cypress is capable of. The card's bandwidth is 76.8GB/s, slightly higher than on the HD 5750, which comes with 1150MHz memory and 73.6GB/s bandwidth. 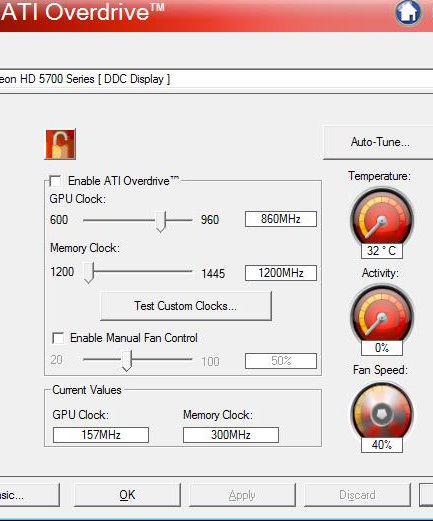 As far as connectivity goes, the card features 2 dual-link DVI out, HDMI as well as DisplayPort and as you probably already know, depending on the configuration of outs Eyefinity allows for connecting up to three monitors on a single card. 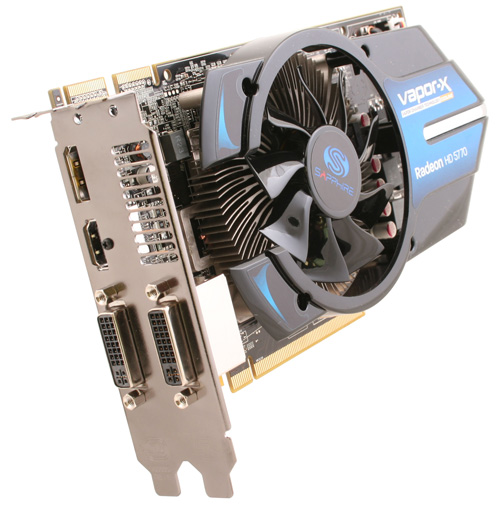 Idle operation results in temperatures hanging around 32 degrees Celsius, whereas active operation pushes that number up to 60 degrees Celsius. Thanks to the Vapor-X cooling, the card is virtually inaudible both when idle and when running. 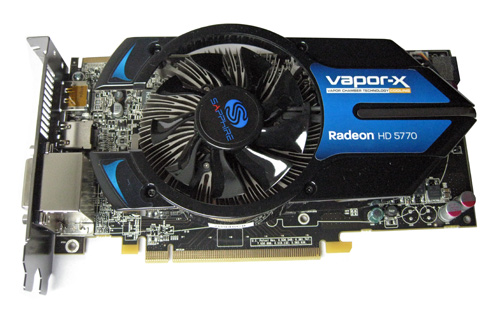 The results show that Sapphire VAPOR-X HD5770 1GB GDDR5 PCI-E DUAL DVI-I/HDMI/DP is similar to the rest of the HD 5770 lot, except for the fact that it packs far superior cooling. 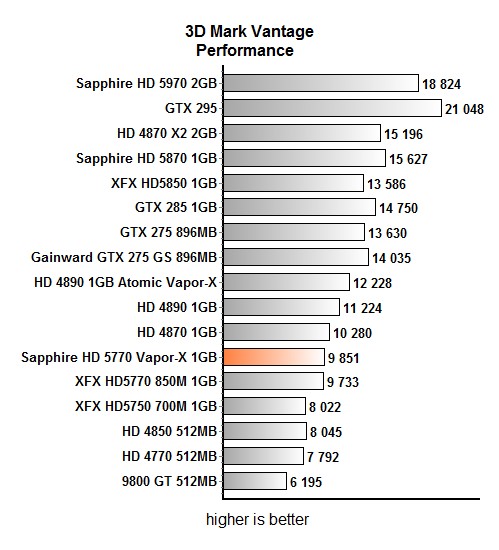 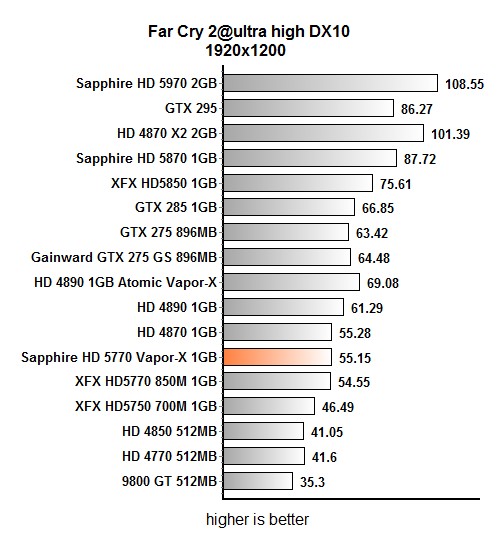 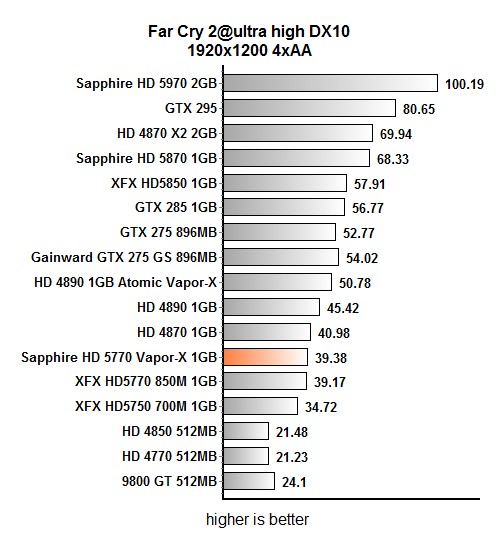 We can't forget the fact that the card comes with a free Dirt2 game coupon, allowing for a firsthand taste of what DirectX 11 brings to the table. You can check out our article on the subject of Dirt2 in DirectX 11 mode here for more information.

Stay tuned as we'll have the full review up soon.