[UPDATE]: Tested with two fans at readers' request
Prolimatech Armageddon is one of the best cooling solutions around, and you might've noticed that we’ve been including it in our comparison tables for quite some time. Still, despite us using it as a nice reference point for testing other CPU coolers, we haven’t had the chance to talk more about it. Armageddon hit the shelves sometime in March 2010 and has racked up quite an impressive number of awards.

After the very popular Megahalem coolers, where Prolimatech truly shone, Armageddon came as reinforcement in a fight against the ever-improving competition in the high-end segment. 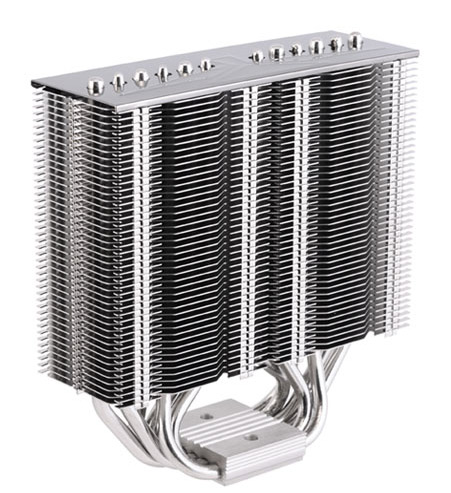 The cooler spells quality design all over; slim design in 14cm format and the efficiency it shows while running with low-RPM fans. The heatsink measures (L)144mm X (W)50mm X (H)160.3mm and weighs in at 750g. Armageddon supports Intel sockets 1156 and 1366 but you can mount it on AMD’s AM2/AM2+/AM3 sockets as well thanks to the included mechanism, which you can check out here.

The cooler does not come with fans, but it does feature two 14cm fan brackets so setting up the fans will be a breeze. Prolimatech suggests mounting 14cm 800~1200RPM fans with a 57 CFM airflow, but note that the fan frame must be thinner than 1.5mm. 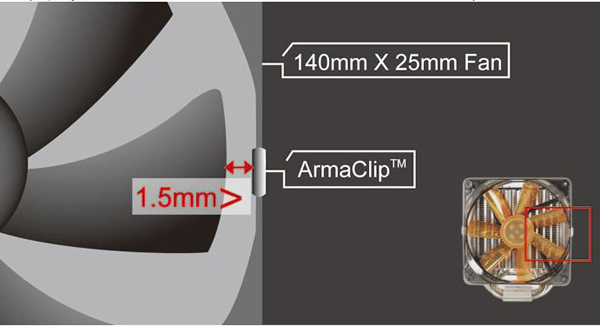 For instance, ArmaClip will not take Scythe’s Kaze Maru 140mm case fan, but it will take Thermalright’s TR-TY-140 fan, as you can see from the picture below. 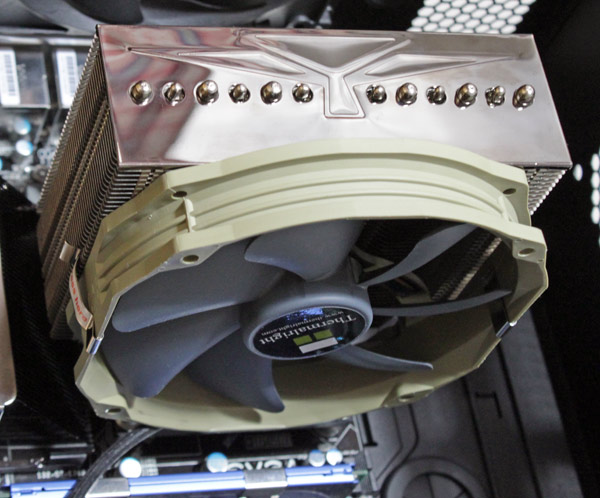 In most cases, though dependent on the motherboard design, Armageddon will take both 14cm fans in a push-pull configuration (it’s also possible to mount two 12cm fans, thanks to the optional brackets that can be ordered here). The cooler’s slim design definitely helps with any potential conflicts with memory modules, for instance.

Prolimatech has a nice compatibility list that you might want to look at and make sure that your rig will support it. We tested Armageddon on our EVGA X58 FTW3 motherboard and it fit like a glove. The cooler can be rotated in a way where the cooler is parallel with or perpendicular to the case’s rear panel. 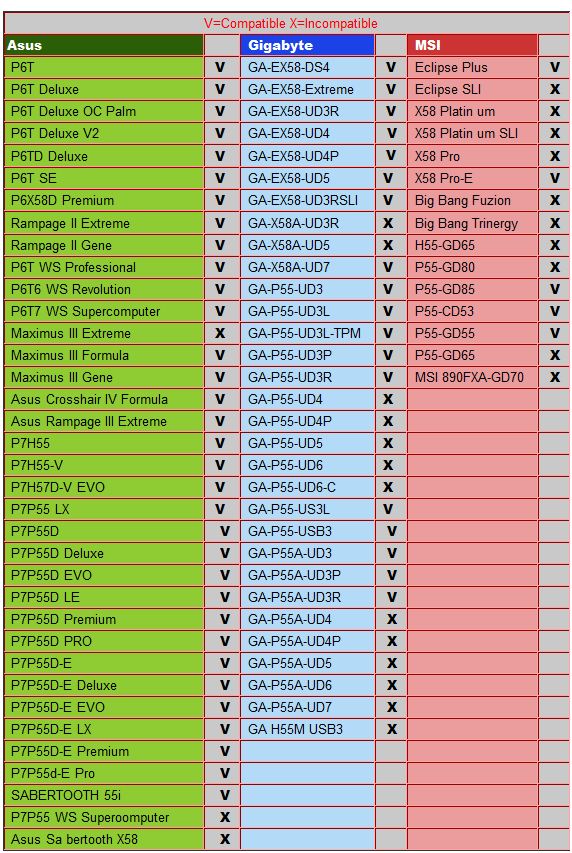 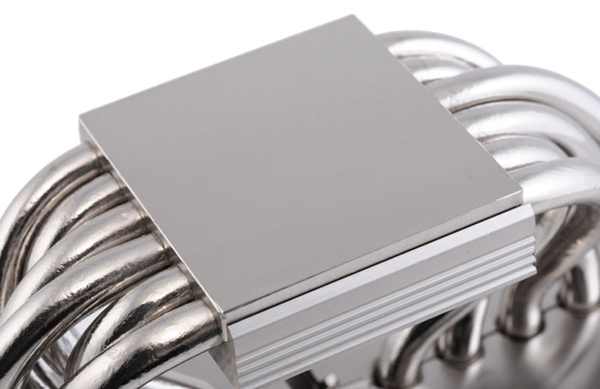 The tall heatsink has 44 aluminum fins with about 2mm distance between each. 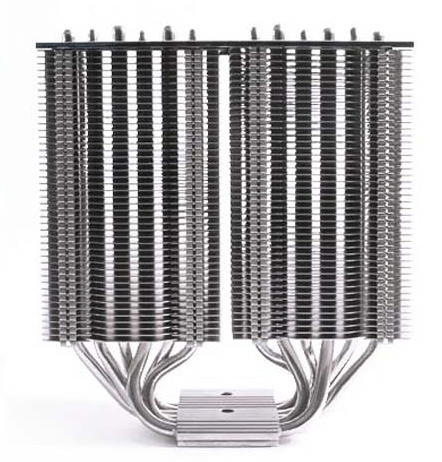 The picture above shows that the heatsink is basically two vertical parts joined together. Another nice touch, which isn’t quite clear from the pictures, gets evident when the cooler is viewed from above - the heatpipes form perfectly straight lines, and this does much to improve cooling. 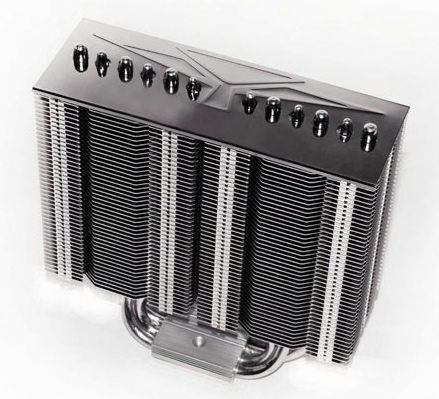