Genesis cooler encompasses tower and blow-down cooling all in one neat package. The heatsink, as you can see, is split in two parts - one part is perpendicular to the CPU whereas the other is parallel to the motherboard. Genesis should be efficient even when paired up with low-RPM fans and its unusual design allows for using up to three large 14cm fans. 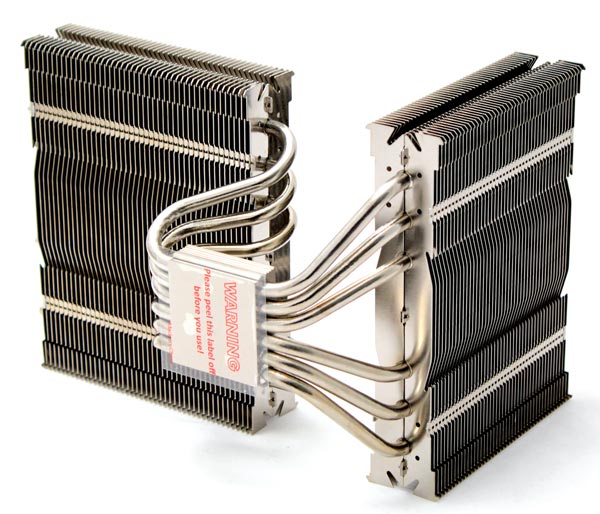 Just to put things in perspective, the picture below shows how Genesis looks when mounted on a motherboard. The box says that Genesis is an „all-in-one Super-Sized CPU cooler“ and we agree wholeheartedly. 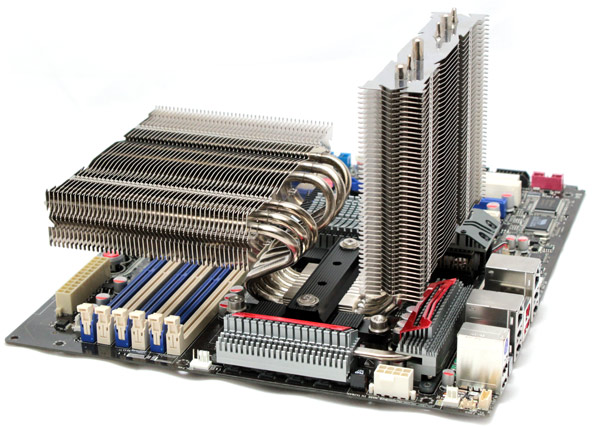 The heatsink measures (L)146mm X (W)216.5mm X (H)160mm and weighs in at 800g. Genesis has pretty standard weight for a high-end CPU cooler but it could very well be the widest CPU cooler on the market. Genesis supports Intel sockets 775, 1156 and1366 but you can mount it on AMD’s AM2/AM2+/AM3 sockets as well thanks to the included AMD mounting mechanism. 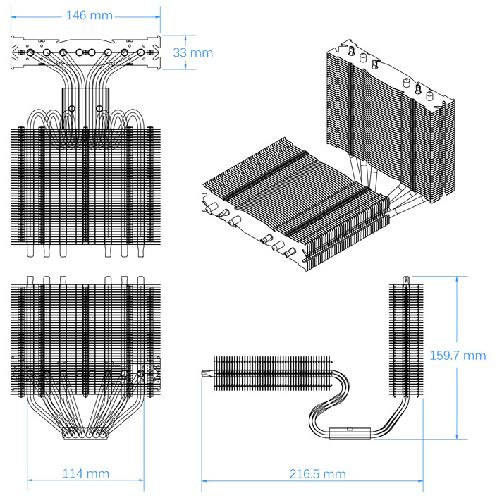 The cooler does not come with fans, but it does feature two 14cm/12cm fan brackets so setting up the fans will be a breeze 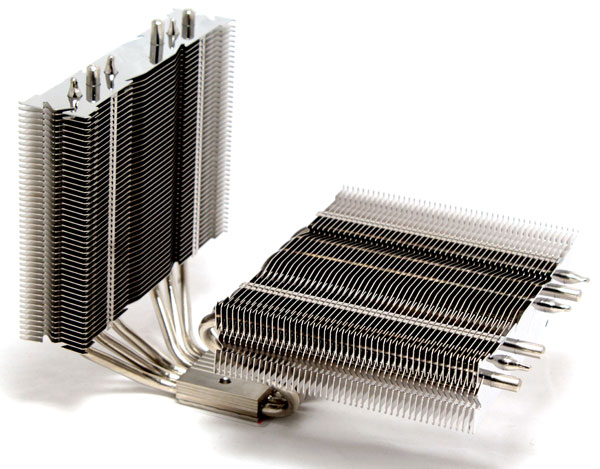 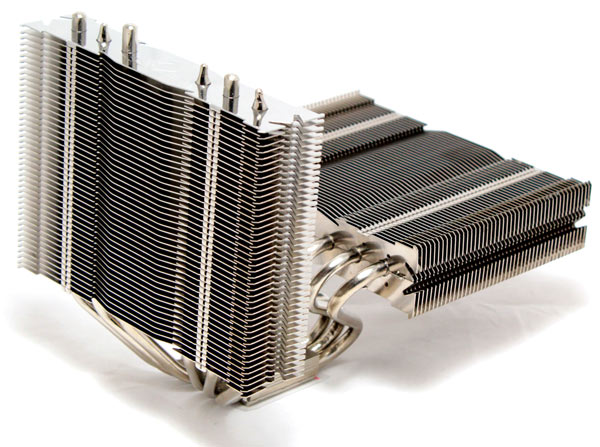 Genesis has six heatpipes. Cooler base is nickel-plated and comes with mirror finish, much like Prolimatech’s earlier coolers. 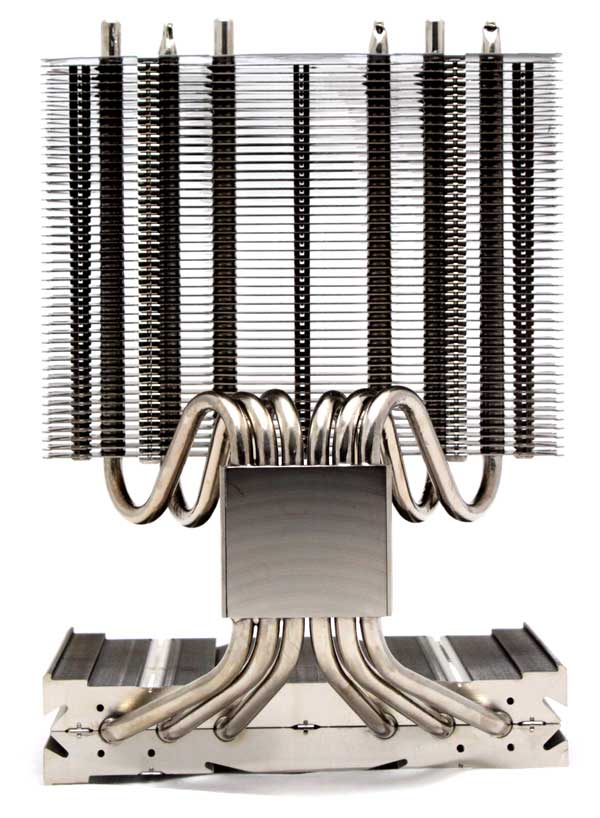 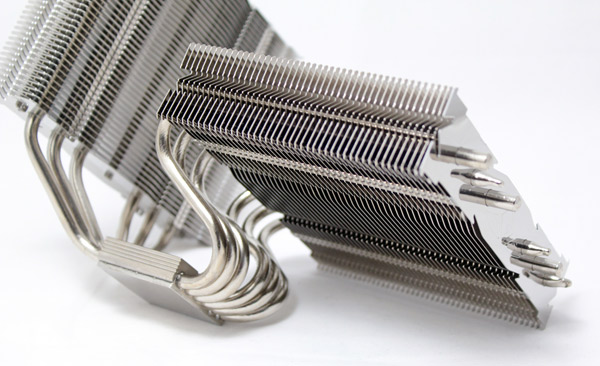 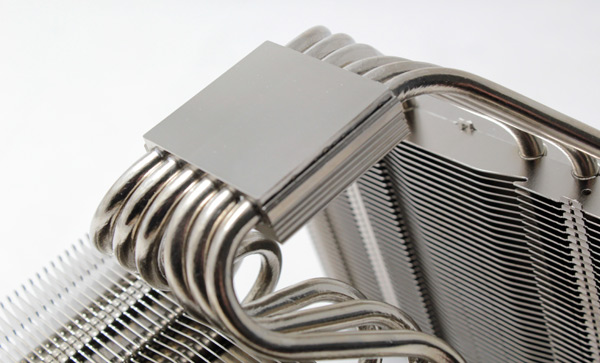 The two Genesis heatsinks are perpendicular to one another, which means that Genesis utilizes every possible bit of airflow. 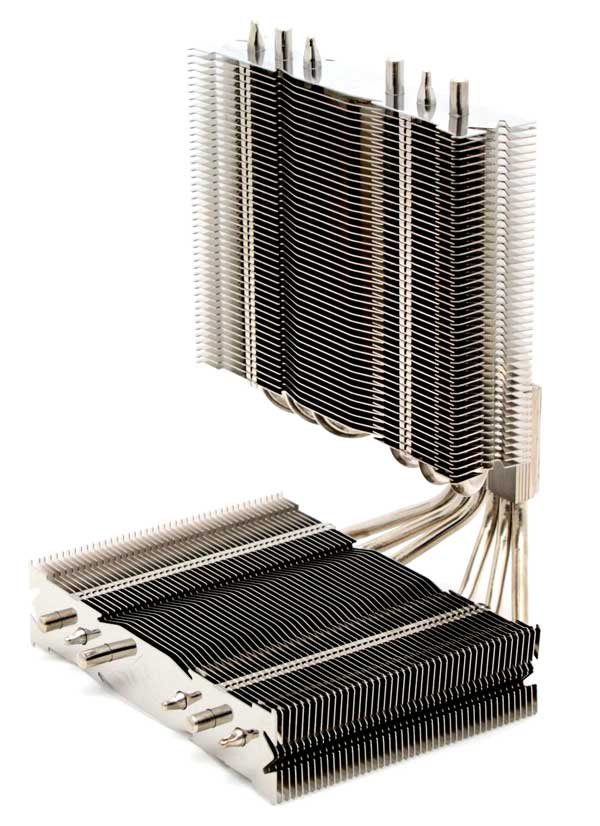