Our today’s guest is Cooler Master Hyper 612S (RR-H612-13FK-R1) CPU cooler. Users are surely familiar with Cooler Master’s Hyper series by now, as it can be found both in mid-range and high-end segments.

When it comes to cooling, size definitely matters and it is set to stay that way. However, almost all high end CPU coolers have hit maximum allowed sizes (maximum size for high-end CPU coolers is limited by case sizes), which means that companies had to resort to intelligent designs in order to fend off the competition.

The Hyper 612S seems like a classic big tower case at a glance – it has an aluminum heatsink and six heatpipes. However, you’ll notice that Hyper 612S’ heatpipes are placed horizontally and not vertically, the latter being more common. There’s also an additional heatsink placed directly on the base of the cooler, whereas the heatsinks aluminum plates are slightly more apart in order to maximize performance with low rpm fans.

Standard Hyper 612S comes with only one fan, but it will take two. Suggested retail pricing for Hyper 612S coolers stands at €40. 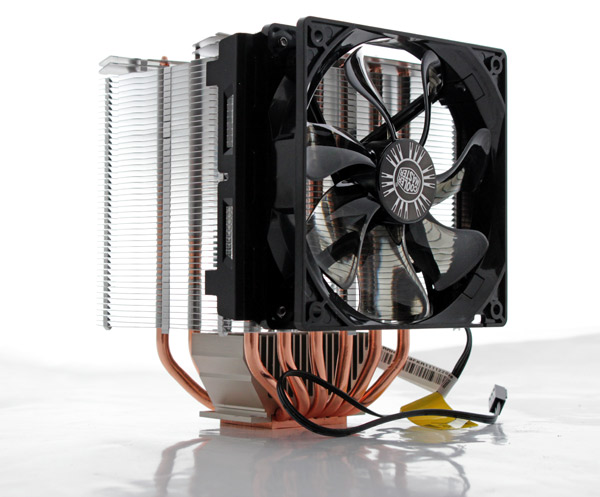 Prev Next »
Last modified on 25 October 2011
Rate this item
(1 Vote)
Tagged under
More in this category: « Cooler Master GX 650W Bronze previewed Sprinkle - game for tablets based on Nvidia Tegra reviewed »
back to top