Our today's guest is the GTX 560 Ti 448 Cores Classified graphics cards, which was specially designed by EVGA and based on the third GF110 GPU. So far, we’ve had the GTX 580 and GTX 570 cards based on the GF110, but Nvidia wanted to compensate for the unwanted delays with the launch of GTX 560Ti 448 Cores. Another reason perhaps is the fact that the company had plenty of GF110s in stock, which didn’t qualify for GTX 580 and GTX 570 cards. Users, on the other hand, will be more interested in hearing that the new card is closing in on the GTX 570’s performance, while being about €30 cheaper.

We’re quite sure that gamers will like the GTX 560 Ti 448 Cores as Nvidia allowed partners to utilize hardware similarities with the GTX 570 – namely, existing PCBs and coolers. Judging by the layout and cutout in the PCB, EVGA opted on the GTX 480’s PCB. 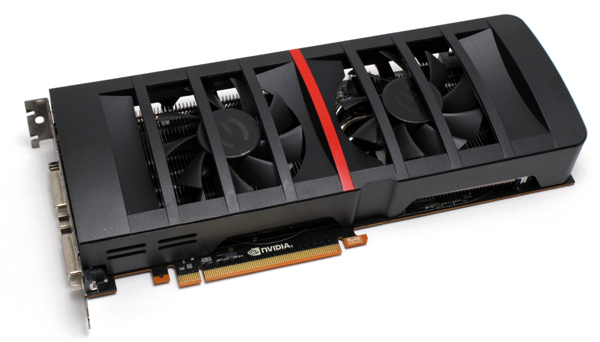 Looking at the specs, we can say that the GTX 560 Ti 448 Cores has about 7 percent slower compute/shading, geometry and texturing performance than the GTX 570. This is because the new card has one SM (Streaming multiprocessor) less, with 448 CUDA cores compared to the GTX 570’s 480.