Thanks to the CoolStream technology, which involves a large heatsink, two fans and specially bent heatpipes, Club3D’s solution outperforms the reference one. The feat is all the more impressive considering we’re talking about a factory overclocked GPU here .

When idle, the GPU was around 39°C and the fans were quiet. After longer gaming sessions, temperatures climbed up to 76°C. When the card got hot, we could hear the fans easily (they ran at about 2900RPM), but they were still music to our ears compared to the overly loud reference solution.

We had to remove the thermal paste that was on the base of the cooler, because it seems that the screws were a bit loose, which caused the paste to harden. Our first attempt at testing resulted in temperatures over 90°C, which was a clear indicator that something went wrong somewhere. Luckily, we fixed it and the cooler started showing its real face. We had no need for manual RPM settings, not even after overclocking, because auto-regulation ran just fine and temperature never exceeded 78°C. Our additional overclock made the fans louder, but not to the point where we’d call them too loud. 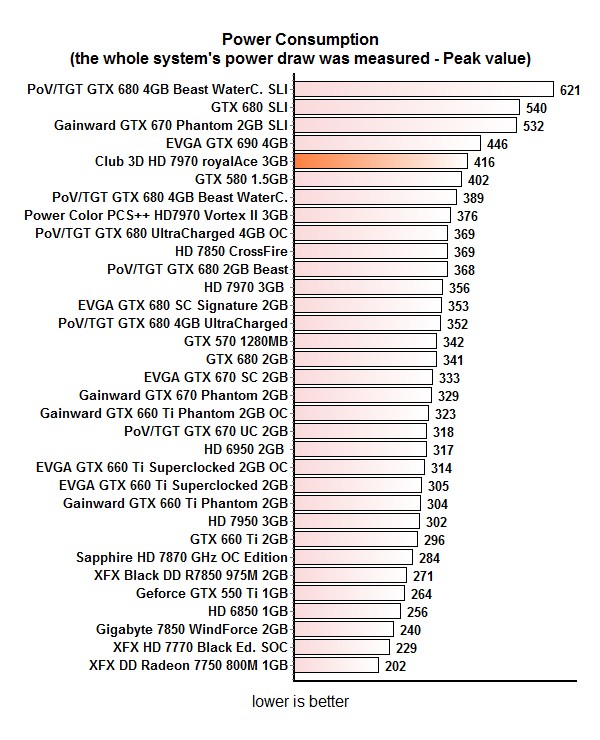