EVGA GTX 680 Superclocked Signature 2 graphics card comes with a dual-fan cooler. Reference cooling employs a radial, blower style fan that pushes the air through the heatsink, dissipating heat from the GPU outside the case through slits in the bracket. The Signature 2 cooler has two 75mm axial-flow fans.  So, we’re talking about an open type approach, where fans are positioned over and blow at the heatsink. This also means that hot air stays inside the case. It’s nothing that a few quality intake fans wouldn’t effectively nullify.

EVGA cooler fits within the dimensions of the reference GeForce GTX 680. The card is 25,4cm long, just like the reference GTX 680 and the cooler blocks only one adjacent PCIe slot on the motherboard. 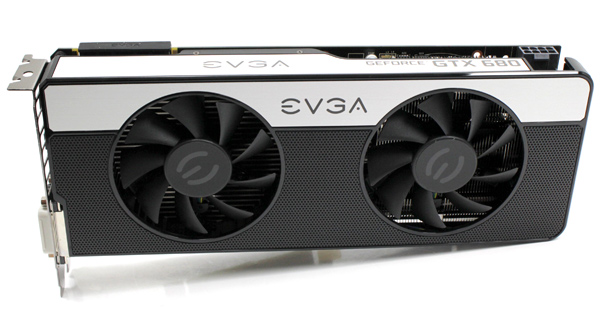 The cooler features just a few screws, so taking the card apart can be done very quickly. The cooling shroud holds two fans.  The mesh finish on the Signature 2’s cooler shroud looks quite attractive, but it is also a magnet for dust. It’s nothing that a quick blast of compressed air won’t sort out.

Both fans are connected via four wires and those are gathered into a single cable and routed to the PCB. The fans in question are sleeve bearing units manufactured by Power Logic, designated as PLA08015S12HH, DC 12V, max 0.35A. RPM readouts are possible, as well as manual or automatic fan control. 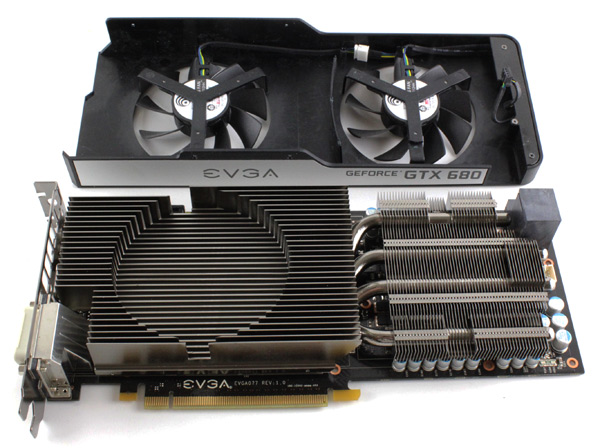 The nickel-plated Signature 2 cooler looks very well made and it is massive. The heatsink does not stretch through the entire length of the PCB, it consists of two sections. With a help of four thick 8mm heatpipes the heat is moved from the cooler base to auxiliary section which is made of aluminum fins soldered to the heatpipes. The base and heatpipes are made of copper, while the rest is made of aluminum.

Recently we tested the GTX 670 FTW SIG 2 which uses the same cooler where it provide good cooling. The GTX 680 SC SIG 2 uses a more demanding GPU on higher clocks and this will be a real challenge for the Signature 2 cooler. 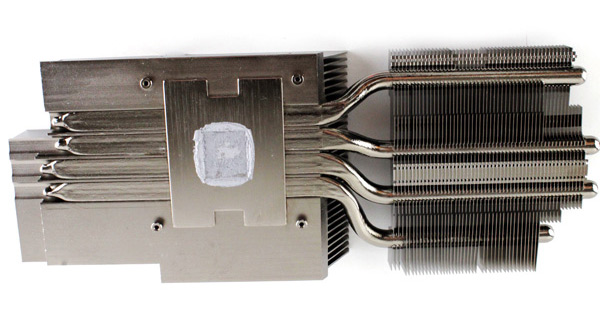 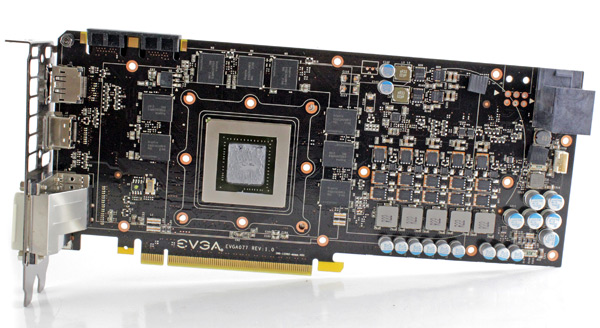 Nvidia’s specs require one 8-pin and one 6-pin power connector since the card’s TDP is 185W. 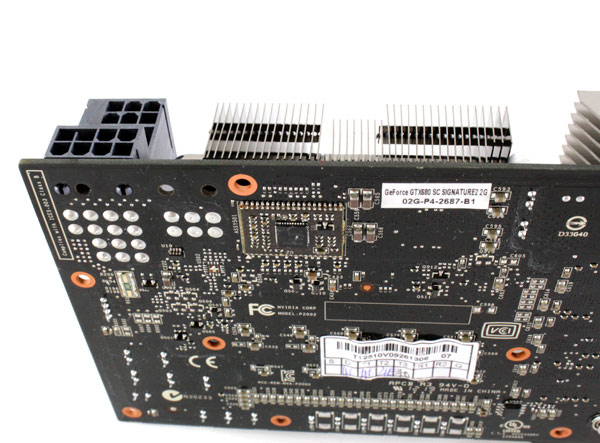 The GTX 680 SC SIG 2 card comes with DVI-I and DVI-D (dual-channel) outs, where only first one is analog VGA-out capable. EVGA made things easy by marking the VGA-capable out with “DVI-I”. The plastic caps are also a nice touch. The I/O panel also features standard HDMI and DisplayPort connectors. Nvidia wanted to make sure that it does not lag behind the competition in multi-display support, so Kepler based cards can run up to four displays simultaneously. 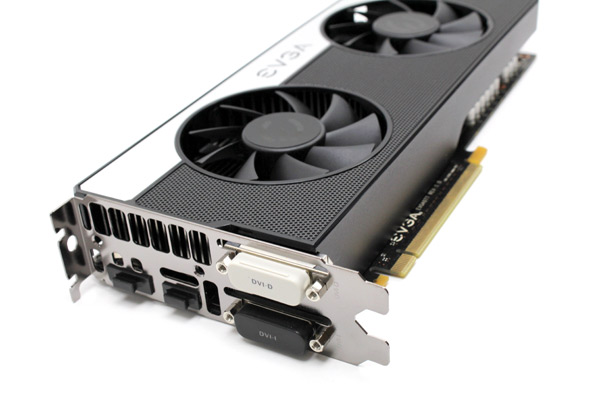 The air exhausts are somewhat bigger than on the reference card. This allows for better airflow, which means hot air will exit the card faster and in turn help the cooler perform a bit better although the cooler design doesn't really call for that.