We had a chance to hear about Mantle back in Hawaii, at AMD’s lavish launch event for Hawaii series graphics cards. This was a well kept secret, there were no leaks and AMD managed to keep this alternative API a secret until the official announcement. We can say that Mantle sounded too good to be true, but after a few delays we finally had a chance to give it a try.

Mantle is an API layer that is closer to hardware than DirectX and it can do some CPU intensive operations a bit faster than DirectX 11. Mantle is a nice alternative that will push Microsoft to make DirectX better and since it can score with 10 to 45 percent better than the same configuration without it, it definitely picked up a lot of interest.

DICE, the company behind the Battlefield franchise was the first company to develop and release a triple A title with Mantle support. Support for Mantle in Battlefield 4 is limited to a few cards, but from what we saw during our tests, it shows some promising results. Catalyst 14.1 Beta drivers are still immature but they worked well for the better part of the testing and this is one of the reasons AMD calls it beta.

Last time we can remember seeing this performance leap caused by a piece of software was AMD’s 3Dnow technology that sped up Quake 2 from 30 FPS to 36FPS, which was considered to be a huge improvement at the time.

Like we said, the Mantle rollout was marred with a few delays but the company has finally released its first beta driver with Mantle support. The Catalyst 14.1 Beta driver description states that the driver is not fully tested on all AMD graphics cards or APUs, so users may expect issues when using this driver with Mantle. We can confirm this as we faced several issues during testing.

We tested the new driver using an A8-7600 APU and a discrete R9 290X card from XFX. We had to disable internal on-die graphics in the BIOS in order to use Mantle correctly with the R9 290X. When the on-die GPU is active (but not used) we could see white borders around the screen. We also noticed a few performance issues, such as stuttering, but they all went away when we disabled the on-die GPU.

As you can see from the following tables, tor the A8-7600 and its on-die R7 GPU we get an 18 percent performance uplift thanks to Mantle. This almost resulted in smooth gaming at 1080p, which is very impressive for a mid-range processor with integrated graphics.

At 1920x1080 the R9 290X is mostly CPU bounded, especially when medium-detail presets are used in the game. The GPU is much more powerful than the CPU and it is bottlenecked. Using medium detail settings we got a 34 percent boost with Mantle and with ultra high details we got a 10 percent boost courtesy of the new API. 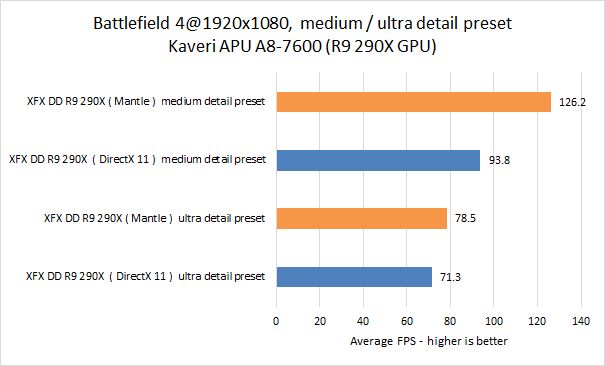 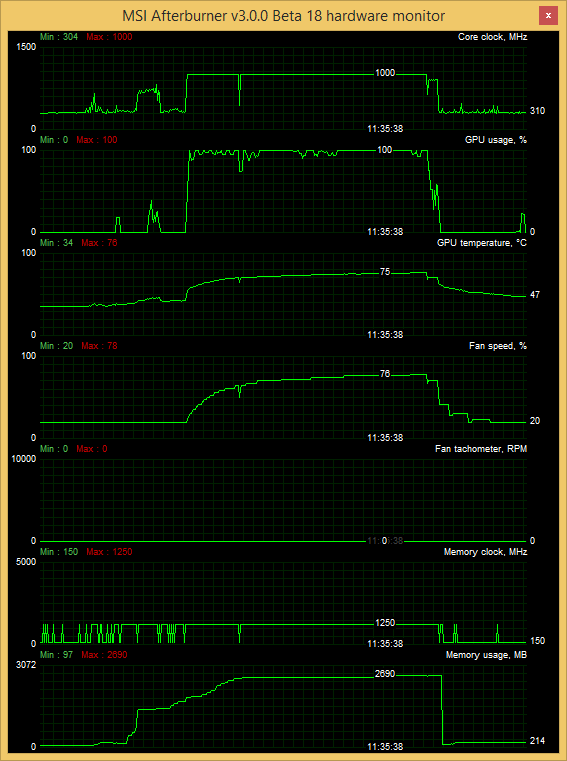 If you look at two following graphs you will see how DirectX 11 does not fully utilize the R9 290X GPU. With Mantle in action GPU utilization is much better. However, when Mantle is active we also see higher GPU temperatures and for some reason considerably more memory is used. 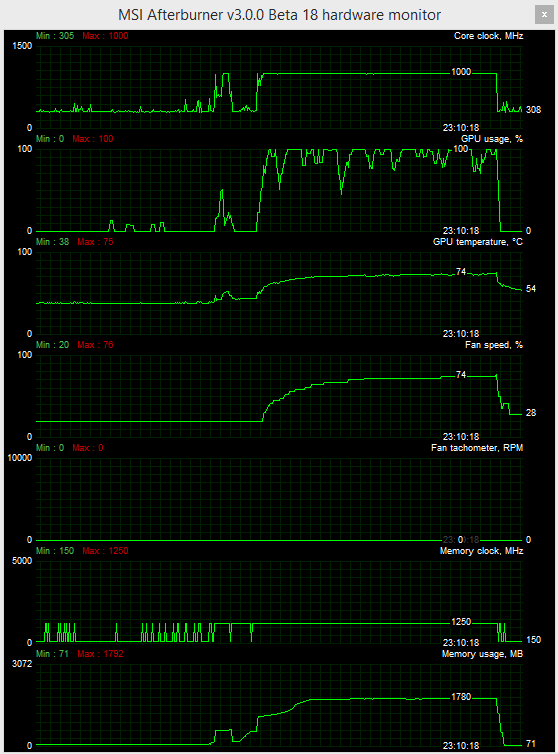 We could also observe that the CPU was not 100 percent utilized during the Mantle test opposed to the test with DirectX 11. 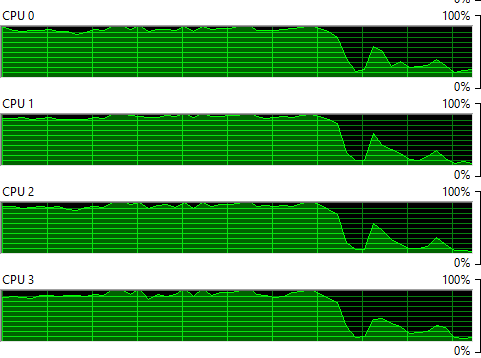 We are still tinkering with our test rig and we will do a comprehensive review of Mantle and AMD's new Kaveri APU soon. For the time being we can only say that the results are very promising indeed, although it will be a while before we can get the full picture and test Mantle on a wide range of configurations. The gains vary greatly on different systems, depending on how the CPU and GPU are matched in terms of performance, so on some systems you are looking at impressive results, while on others the gains will be much smaller, but still in double-digit territory, which is still pretty good.